We finally had some rain...in fact we had a lot of rain and wind...which was perfect for crafting.  I started early in the morning and worked on stuff throughout the day.

Made 2 more bottles.  This one started out as a crescent moon but I screwed it up so I had to make it a full moon and then draw a tree in front of it to cover up my errors.  I used all orange lights inside the bottle. 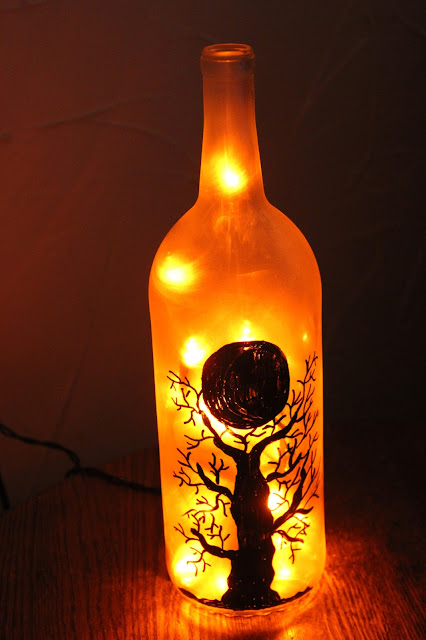 This one came out so good that I decided to keep it.  Russell loved it too.  My freehand skills aren't very good so I traced the castle and moon from a picture on my computer screen, then cut out the template and traced around it on the bottle before colouring it in.  The only things I freehanded are the cat on the moon and the windows.  Purple & orange lights inside. 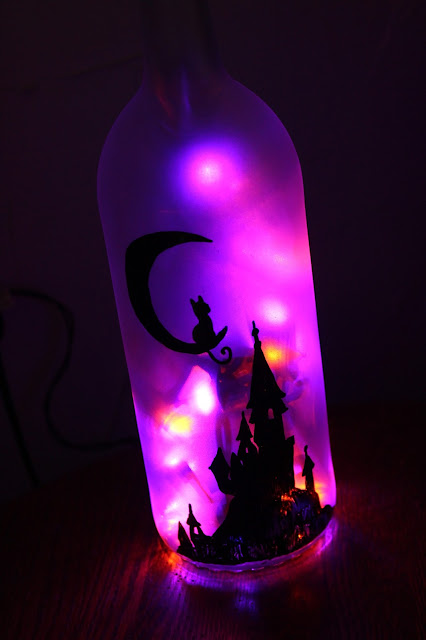 Since I had the glue out in my craft room, I made a couple of keys. 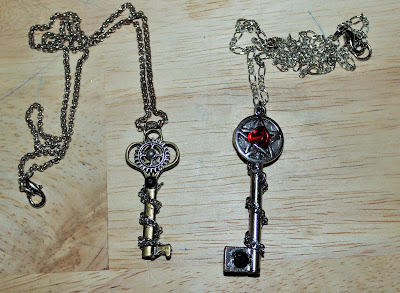 And a key in a mini bottle too. 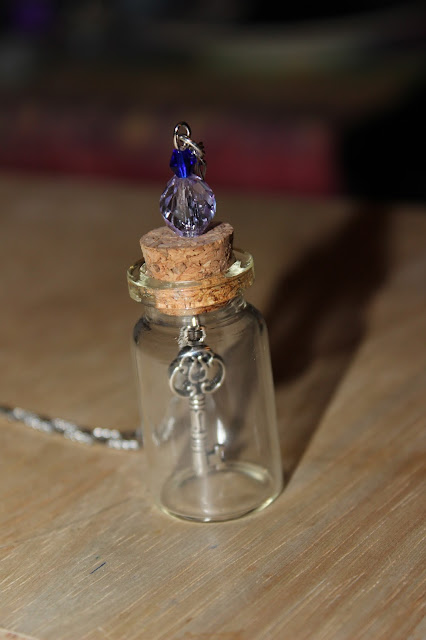 Finally finished the shells cross stitch.  It took a bit longer than I'd expected when I started it in July. Now I need to find a frame to fit! 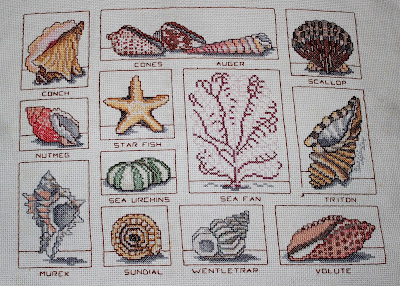 I had one bottle left to paint and was at a loss for a design. I tried to sketch some bats on paper but they didn't come out very good.  I googled 'Halloween silhouettes' and I didn't see anything that floated my boat there either.  I just wanted the project done so I did a simple triple moon with pentacle. 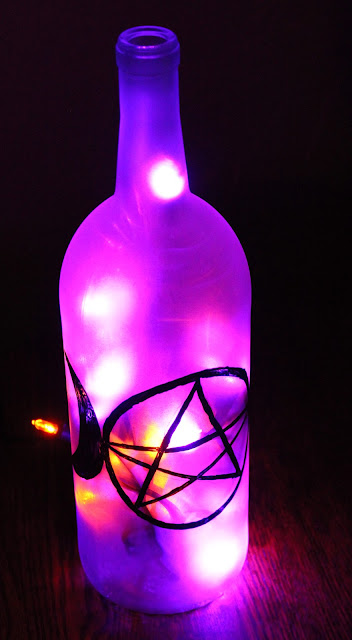 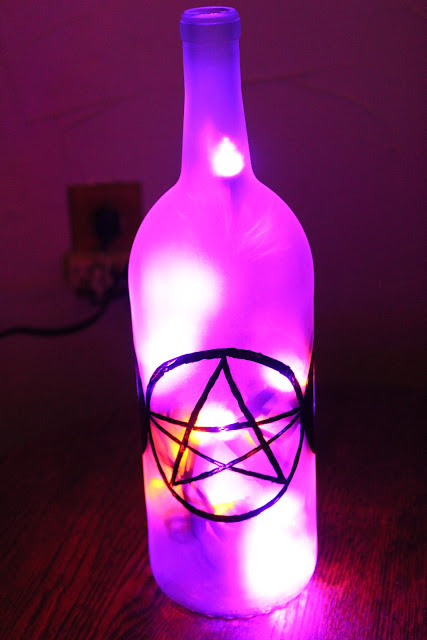 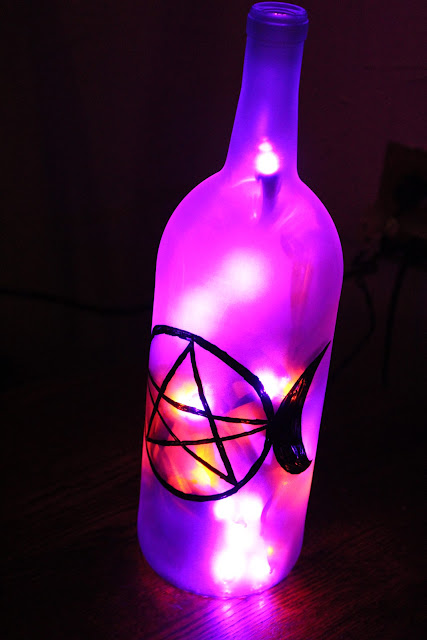 I felt that it was missing something and although I really suck at lettering and centering, I grabbed an alphabet stencil I had and managed to get the text on the bottle without screwing it up too bad. 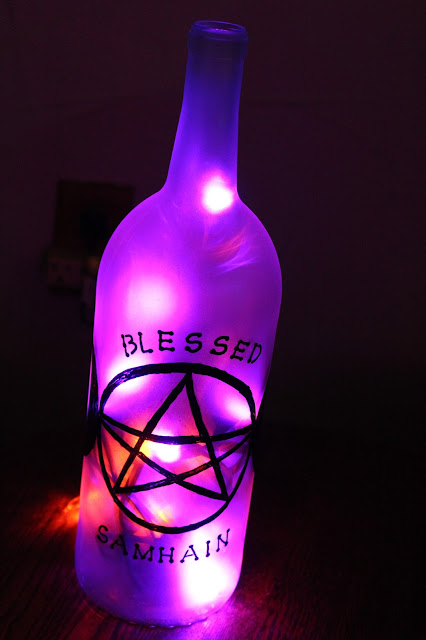