Really enjoyed making the summer themed fairy garden a few months ago, so I decided I wanted to make one for fall.  I found half pumpkins at Michael's Crafts and knew that'd be perfect to hold the garden.

I put more oasis in the bottom, which was hard to cut to fit in the curves.  Then I tucked a bunch of moss around it and stuffed a coloured leaf vine around the edges. 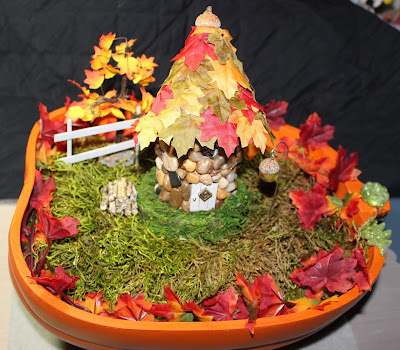 The house is made from another toilet paper roll, but I wanted to make it wider so I sliced up the side and then added a bit of a paper towel roll inside.  First I put the door on, then it took about a week to add all the stones because they had to dry before the next row.  The roof was also time consuming. The leaves didn't want to cooperate being glued onto a cone shape!  Plus I had to use fabric glue which has awful fumes.  The yellow marble in the acorn cap is supposed to be an outside light.  I also couldn't get the house to balance very well on the moss so I covered a mason jar lid with flatter moss and then glued that to the moss in the pumpkin, and glued the house to the lid.  It's a little sturdier. 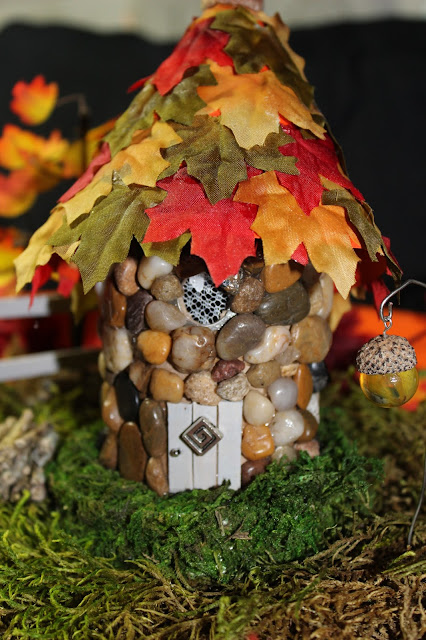 Pilfered that tree from my decorations that I put out on top of the little bookcase.  I made the fence from craft sticks and large skewer/toothpicks.  I did a grey paint wash on them and also on the pieces I used for the door.  The bundle of firewood is out of focus, but they are twigs from my yard. 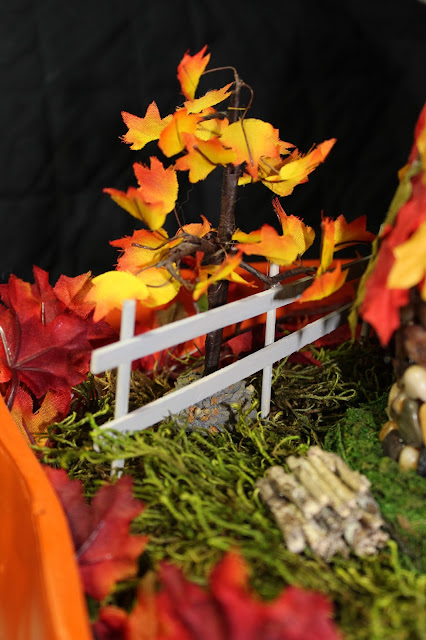 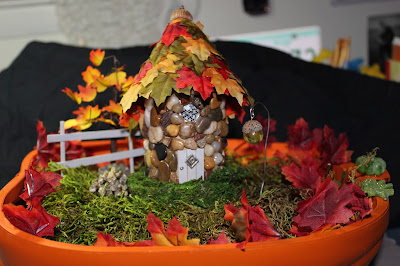 A closeup of the door with some silver beads, and the round window with lace curtain. 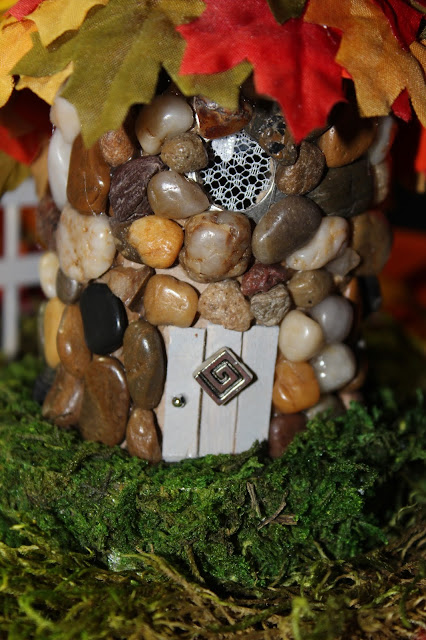 Now I am going to have to make a winter and spring garden as well!
Posted by JoJo at 7:00 AM