It's that time of year again...time for Egg Crafts!!!  In preparation, I'd been buying and blowing jumbo white eggs for about 2 weeks.  If I wanted scrambled eggs or to make a cake, I blew out 2-3 eggs and used the contents for my cooking, while rinsing the hollowed out shells.  Out of a dozen I was successful with 10, and planned to use one that cracked in the center for a scene.

I've been meaning to try this for awhile.  Hardboil the eggs first and then tap them all over to crack the shell.  I'd seen two different techniques for the dying, and I tried them both.  The blue was made by putting it in a colandar and dripping blue dye all over it and making sure it ran into the cracks.  Rinsed it off with cold water, dried it as best I could, then began carefully peeling the shells off.  It takes time and a great deal of patience.  The red one was put back into a pot of water that had the food dye mixed in and boiled a few minutes more.  I helped this along by also dripping red dye directly on the shells.  Rinse with cold water and peel carefully. 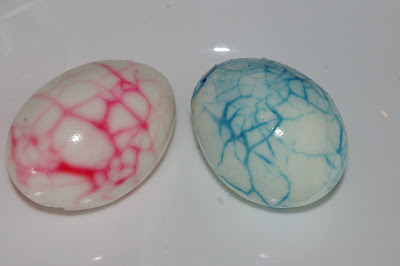 There I was, happily sticking rhinestones on this blown egg, thinking 'eat your heart out, Faberge', when I got to the top, pressed too hard and punched right through the shell.  This was the end result of 90 minutes of precision sticking.  I wanted to cry.  Note to self: dye the shell next time, don't leave it white. 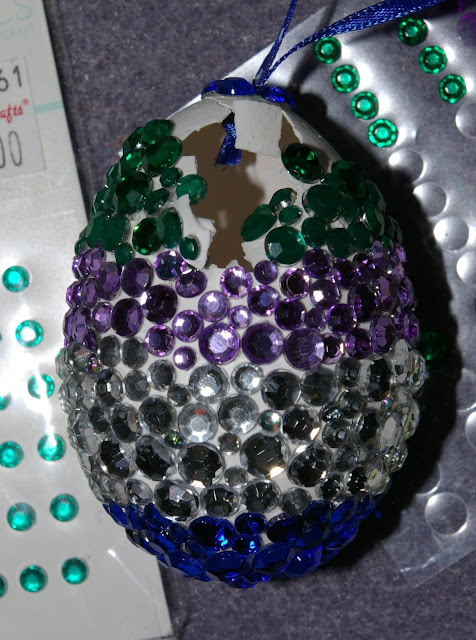 Sooooo, I was whining on Facebook about my poor broken egg.  As usual, someone came through for me, my longtime friend Doobie suggested I try patching the hole with white paper.  BRILLIANT!!!  I had to make the hole bigger and remove all the caved in pieces and rhinestones.  I painted a coat of superglue inside the egg and all around the part of the shell that was still showing on the outside. Then started gluing bits of white card stock on and letting it dry.  The next day I reapplied all the rhinestones.  This is the shattered hole area, all redone.  It's not perfect of course, but at least it worked!! 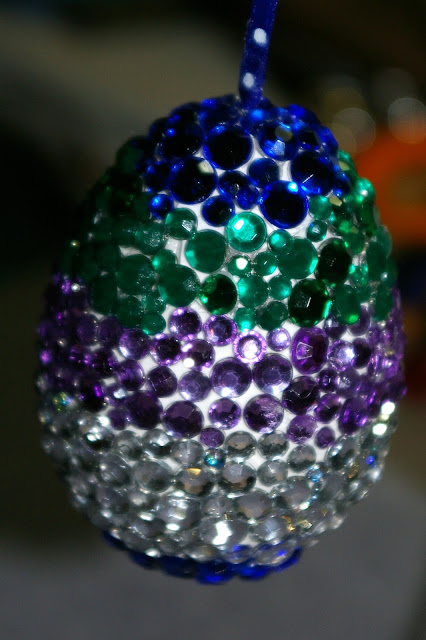 This was the egg that got broken on the side.  I coated the inside with mod podge first.  Then I painted the shell with pink acrylic paint.  It took four coats to finally look completely covered and not streaky. The chick toy was adhered to the inside with E6000, and used white glue to adhere the fuzzy green ribbon "grass" around the bottom. 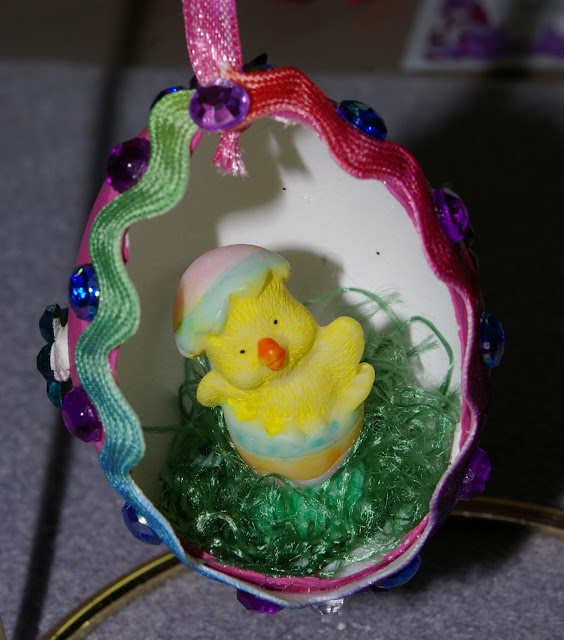 Next, I had to make a ribbon hanger loop so that got glued to the top w/ E6000, then I glued ric rac to the edge and punctuated the curves with rhinestones.  Then I painted a coat of mod podge over the pink paint and let that dry, before adding the back ribbon and rhinestones. 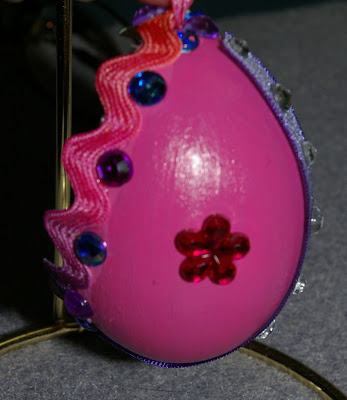 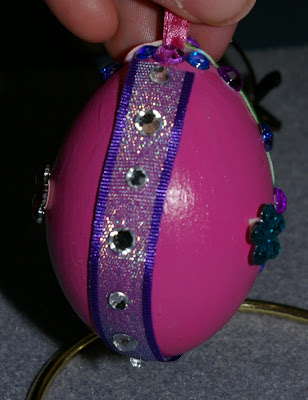 This one was made by putting shaving cream on a dish and swirling food dye into it, then rolling the egg in the cream and wiping or rinsing the cream off.  It was supposed to look marbled but doesn't really. 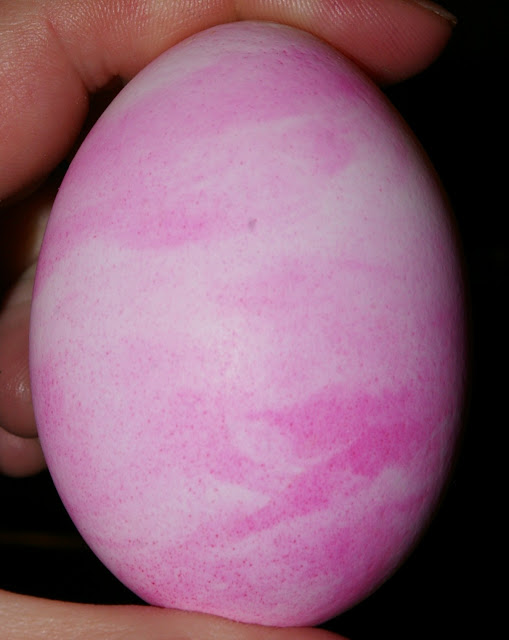