March 12th was Sagan's 8th birthday.  You'd never know it because he still acts like a frolicking, mischievous puppy most of the time....that is when he hasn't taken over the couch for nappies.  He got lots of extra snuggles, hugs, belly rubs and kisses that day!!!! 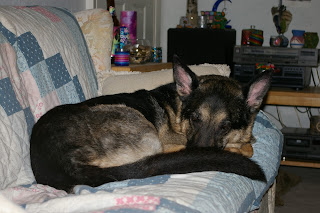 Who can resist such a face?  I was making a special treat for him (and his sister, too, of course) and he was sniffing around next to my elbow, but as soon as I turn around to look at him, he obediently sat.  See, he knows what he's supposed to do, he just likes to push the envelope as much as possible!!!!!  "I be good mama!  See?  I sitz down!" 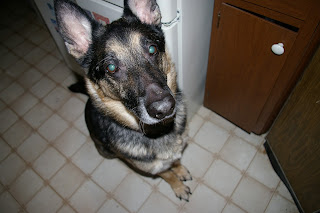 Of course once I turned back to the task on the counter, he was surfing around behind me.  I turned around to my right and again, he sat.  And Pepper was giving me the 'hurry up with those, will ya?!' glare. 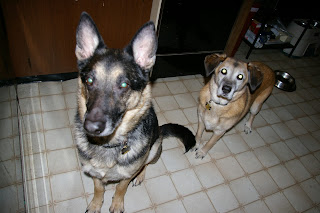 Peanut butter & cheese on a biscuit!!! Om nom nom nom!!!!  Pepper took hers to eat  in my freshly, spring-cleaned  livingroom, while the birthday boy inhaled his in the kitchen. 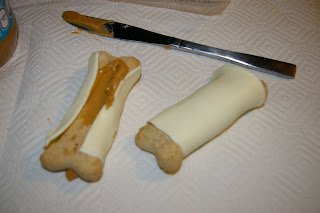 Happy Birthday silly little fella!!!!
Posted by JoJo at 7:00 AM