The Yolk's on You, Egghead

I had 3 PAAS egg colouring kits, so I used 3 dye tablets per bowl, mixed with vinegar and not as much water as was called for.  The green always comes out aqua, and purple has always been their problem child because it never coats evenly, which is too bad because the purple parts are beautifully rich.  I've also had trouble with the blue.  The red, orange & yellow have always been their best dyes.  (This year the orange was sacrificed for a marbelized technique that didn't work, as seen below). 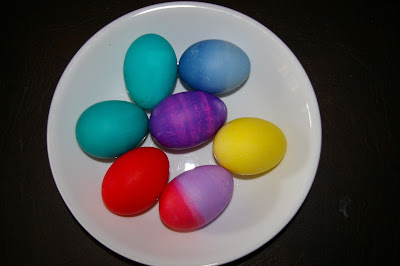 I was trying some different techniques again, by staying away from the pastel colours.  This red and black one is the re-used shaving cream swirl egg. The red dye coated it beautifully; it looks painted doesn't it?  I made this with my stepdaughter in mind, so I gave it to her.  She liked it a lot. :) 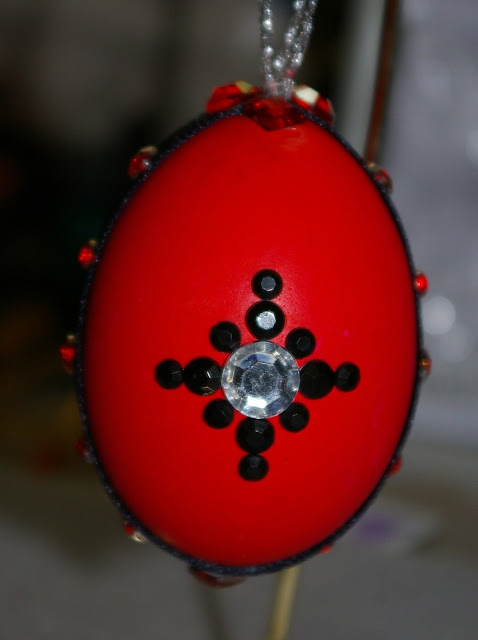 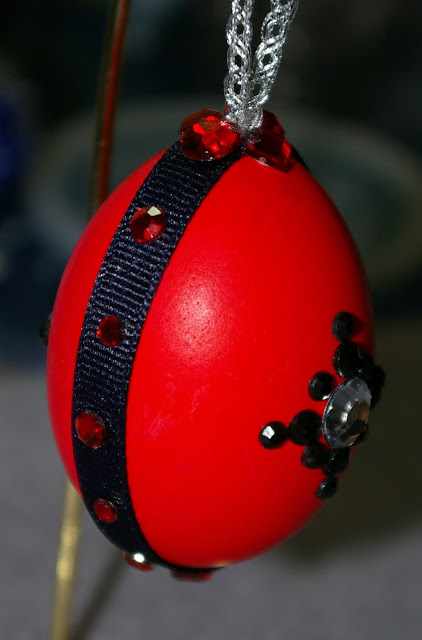 This yellow one is a little blotchy because it was originally orange with melted butter swirled in the dye to try and create a marbelized pattern. It didn't work that well at all, and the butter clung to, and hardened, on the shell. When I washed it off, nearly all the orange dye went with it.  So I dunked it in yellow for awhile. Oh, and a word on dying a blown egg.  It ain't easy.  They float of course so it's extremely hard to get an even coat around the egg without constantly turning it.  I even tried weighing it down by letting the egg fill with as much of the dye water as possible to sink it. That only worked to keep it half submerged.  So then I tried to keep it down with a spoon, that also had to be weighted down because the egg popped out of the spoon very easily.  It was quite the scene in my kitchen that day....I made a humongous mess. 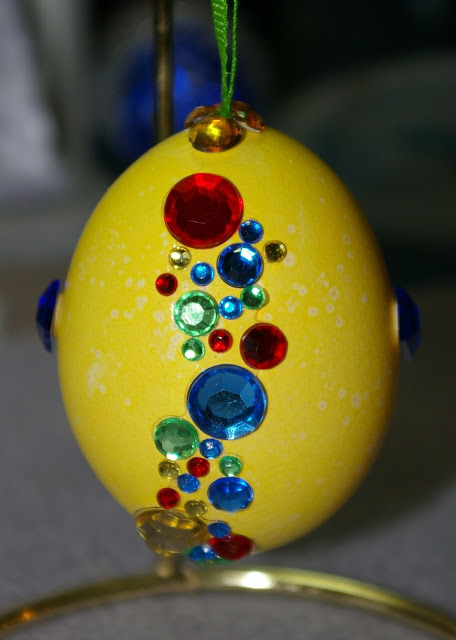 This was another Pinterest idea, to use round glue dots and glitter.  I had the glue dots, but for some reason I had a problem with some of the adhesive surface because the glitter would not stick to it no matter how much I dumped and pressed it in.  It's OK....not a fave but at least I can say I tried it.  It doesn't look too bad from a distance.  If you try this, have a dry craft paint brush to brush the excess off the egg.  It works way better than trying to do it with your fingers.  The glitter will stick to your fingers, not the paint brush. 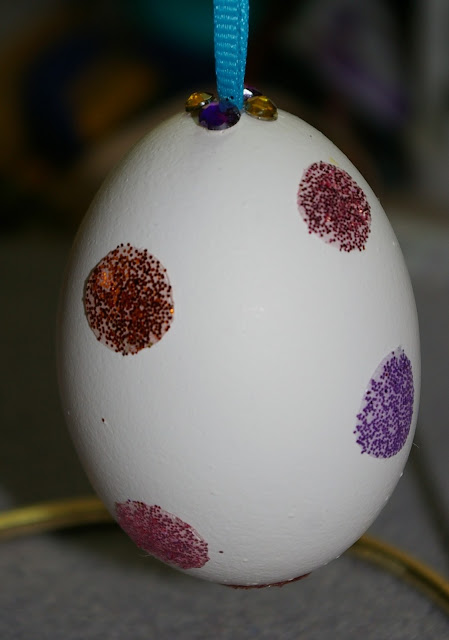 The other idea I saw was to glitter the entire egg, but I didn't have enough of any colour that would have thickly coated the egg, so I used Terrifically Tacky Tape on the center with multicolour glitter, and more rhinestones. 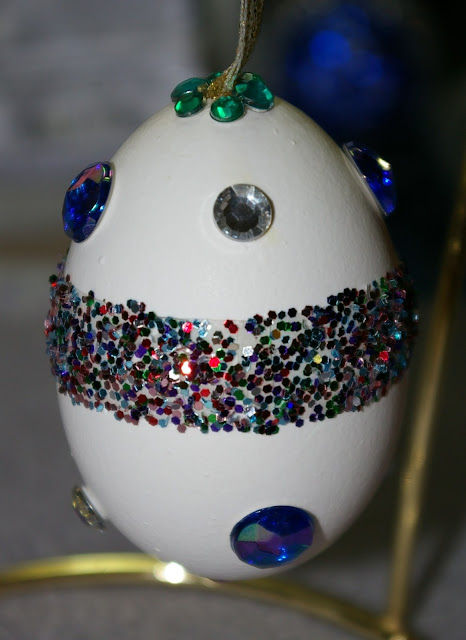 Even more to come.