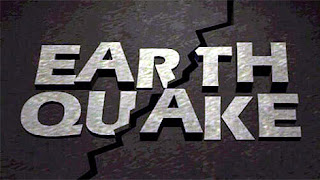 I have heard many stories about how people notice a change in their animals, right before earthquakes. Many pets run away in the days before a quake. But it's only after the fact that the people realize that their animals were trying to tell them something. 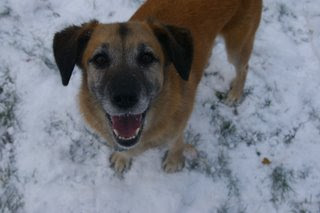 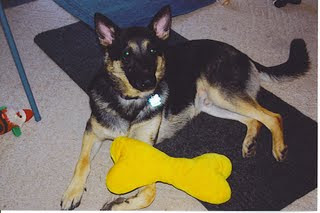 were acting really weird. They were really clingy and restless. They wouldn't lay down, they would just stand in the family room either near the slider or in the doorway to the hall, and stare at us. We kept saying, "Lay down. Sit. Down." and they'd just stare at us. When they get like this, I'll always say, "What's up with you guys? Is Timmy trapped in the well? Are we gonna have an earthquake or what?"
Sometime very early this morning, my bed was shaking very hard and fast. I assumed it was Pepper either climbing up, jumping off, or perhaps she was shaking b/c she'd heard a loud noise. I may have muttered, "settle down Beanie." But when I moved my leg over, she was laying very still, although she did jump off the bed right after that. I turned over and thought, "wonder if we just had a quake?" A few minutes later, I looked at the clock and it was 4:55 am, so I went back to sleep for an hour. I woke up at 6, forgot about the shaking bed, turned on KING-5 news and saw this story:

"PORTLAND - Federal officials say a 5.3 magnitude quake off the Oregon coast Wednesday morning did not generate a tsunami. The U.S. Geological Survey Web site did not have any initial reports that the quake was felt on the coast. The USGS reports the quake occurred at 4:38 a.m., 249 miles southwest of Portland or 124 miles west of Barview."

Although the quake was at least an additional 160+ miles from where we live, I am certain that's what I felt. I asked Brian and he said he didn't consciously feel any shaking, although he did get up to use the washroom and noticed that it was 4:38 am.
There was a small quake off Humboldt County in California the day before.

Could Bee and Say have sensed them before they happened? It would explain their behaviour the past 2 nights. Since Brian and I both try to approach things scientifically, we do take notice of the way they act, to gain insight into how dogs interact with each other and with humans. And living in "Earthquake Country" for the past 20+ years, we are extremely aware of the many lost pet or unusually hyper pet stories, especially after the 1989 San Francisco earthquake. A couple of weeks after that quake, I remember I was walking to the store in my neighborhood. I could hear dogs barking and howling in apartments. I thought, "Oh god we're gonna have an aftershock, I just know it...." There was an aftershock that very night.