Still not feeling the crafting bug beyond cross stitch lately, so that's what I'm doing.  I finished the Christmas one and it sold within minutes to a good friend of mine. 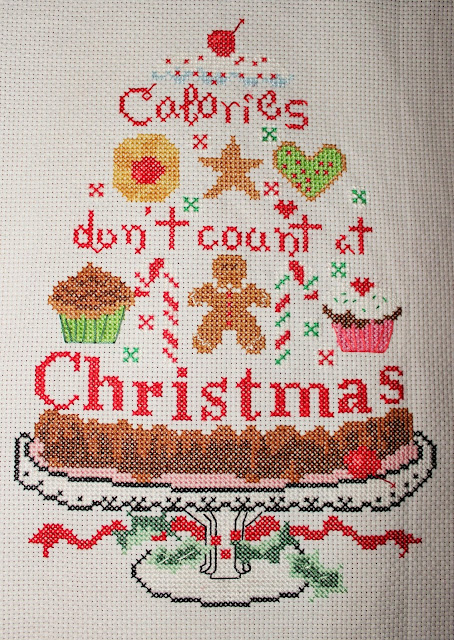 Also making headway on the commissioned Hummel cross stitch. I know they look weird without heads but I'm getting there.  Just found out she'll be on the Cape August 1-15, so this should be done by then, barring any unforeseen issues.  There really isn't too much backstitch, as compared to other designs, and that's the last step after the stitches are done. 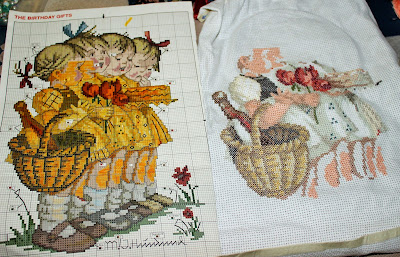 And started a seashell kit I was given a couple of summers ago. My stitched one doesn't seem to be coming out quite like the picture and I am having trouble with the floss colours.  They are totally open to interpretation, so I think I messed up whatever is 'pale green grey' and 'medium turquoise' which means I have to rip out some stitches.  My shell also doesn't seem to be coming out shaped like the one in the picture.  Maybe it'll look better when I get it filled in. 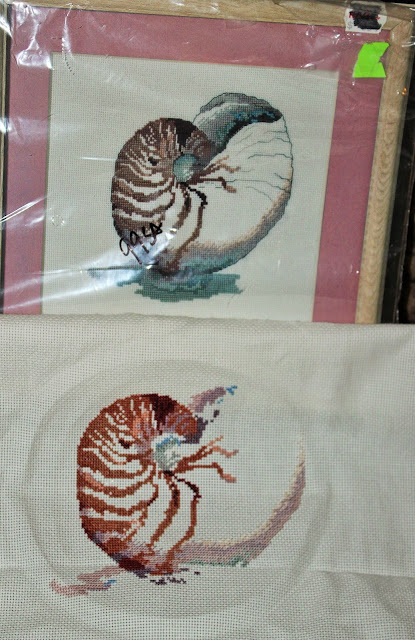 I'm so pleased that more and more people are getting into colouring as adults.  I entered a giveaway for, and won, this Sugar Skulls book from the Coloring isn't just for kids Facebook page. 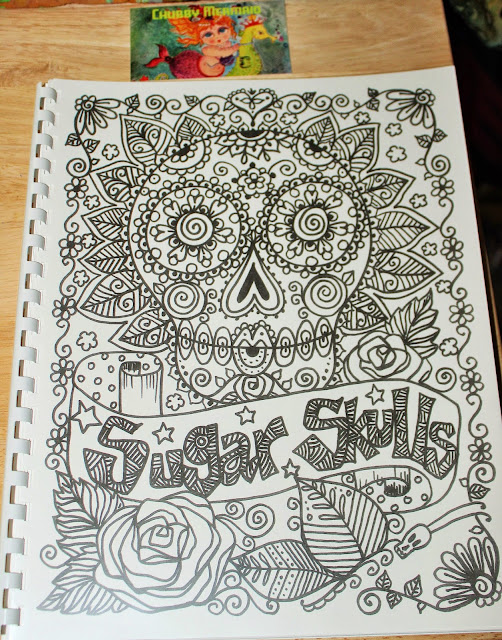 Plus she included a couple of extras. 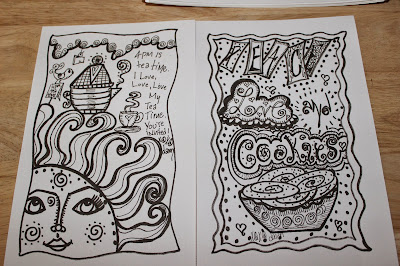 Isn't this Nessie ladle the cutest thing EVER?!  The link went viral in January which was when I ordered it.  The company, which is either in China or Japan, was overwhelmed with orders so I didn't get it until a couple of weeks ago.  Of course now it's available on Amazon.com!  I should've just waited but that's OK.  Almost too cute to use though.  I just can't bring myself to submerge her into a pot of hot soup.