So this happened one day when I was trying to clean up or at least reorganize my craft table.  I found a baggie of crystals I ordered to make a project I'm dying to do, but haven't because I have nowhere to put it when it's done. I dug out some driftwood to see how they'd look as a driftwood hanging instead.  I didn't end up assembling it with the driftwood. 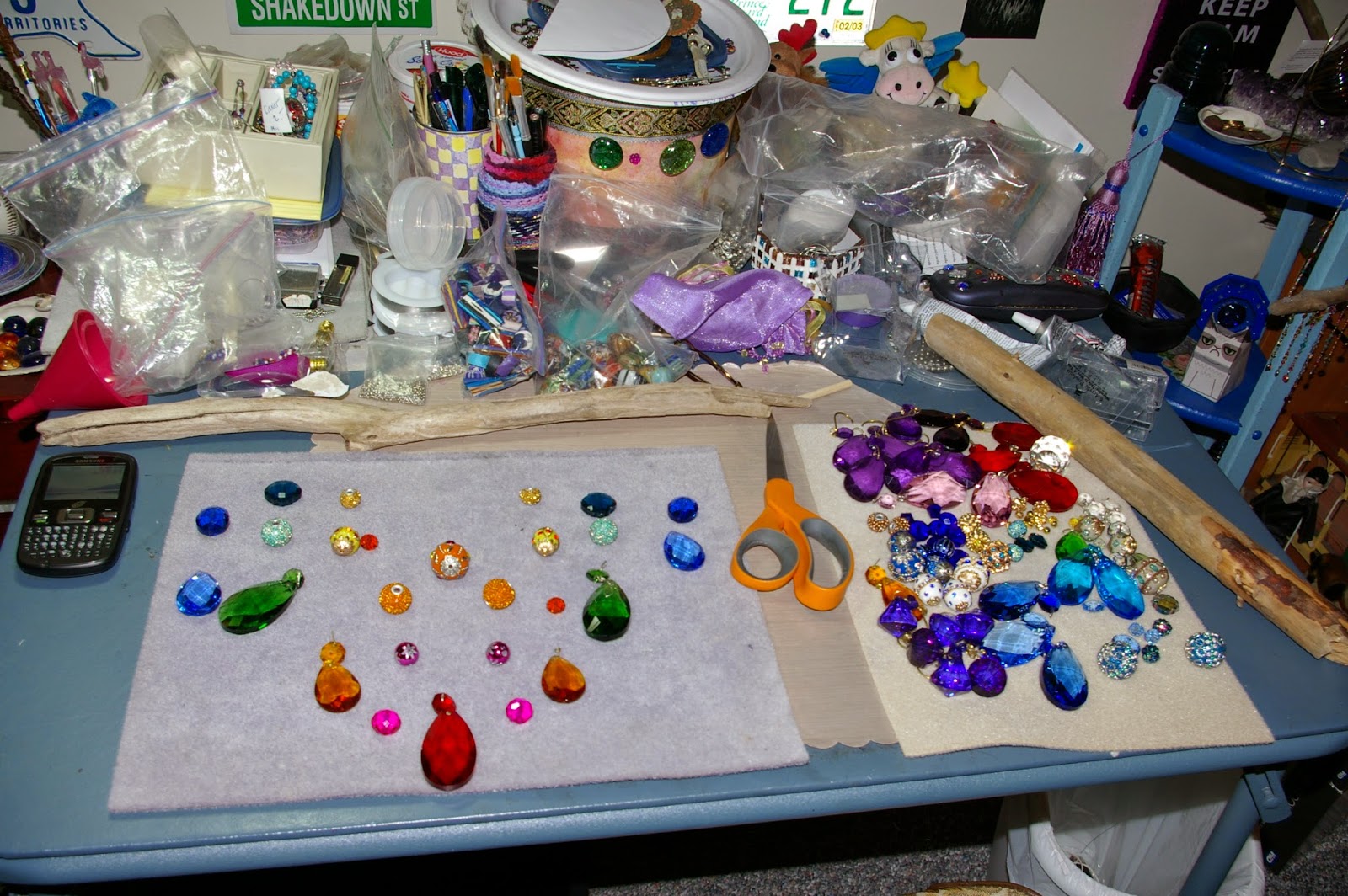 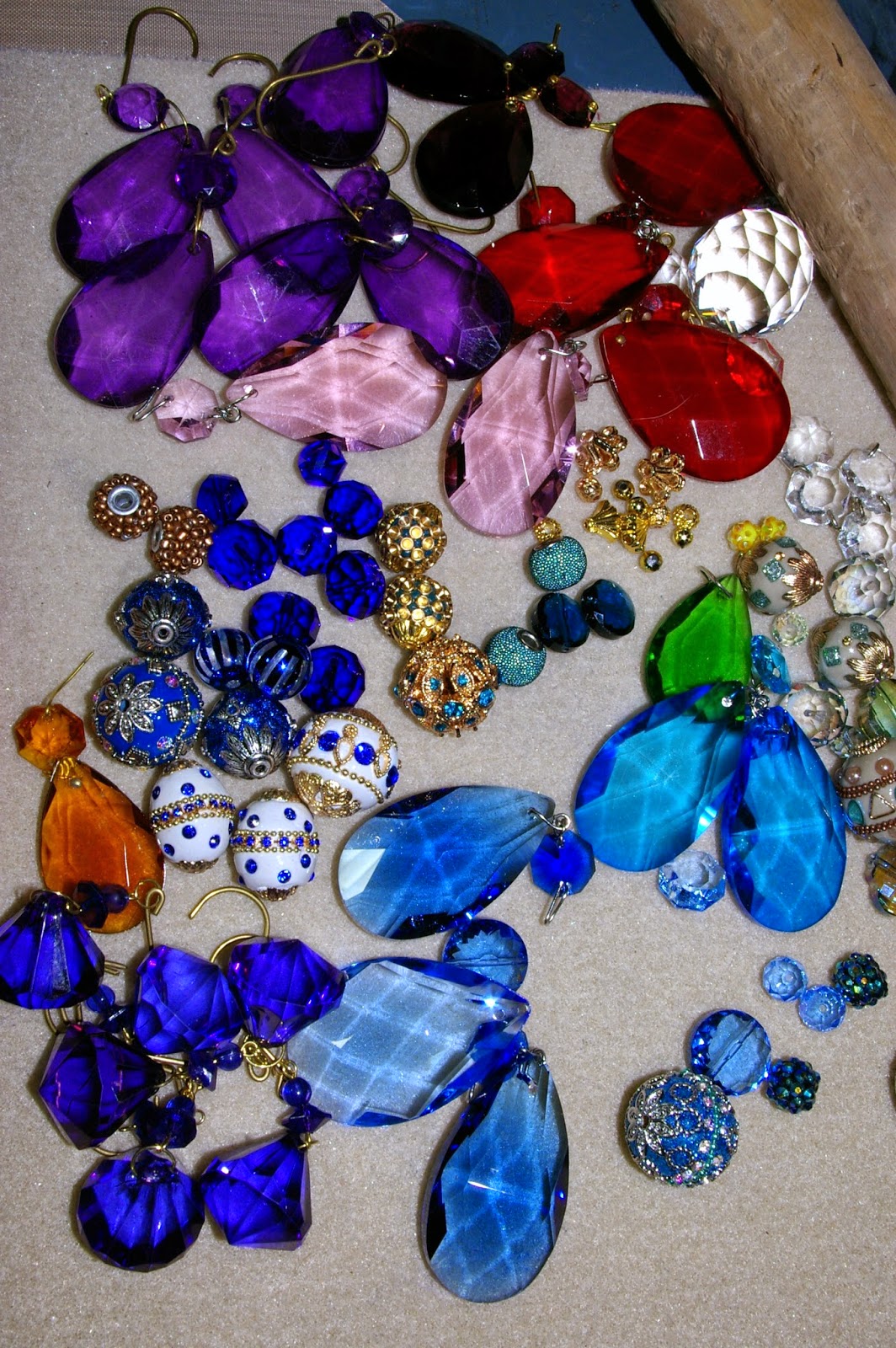 Then I unearthed a few small things I'd been meaning to do so I glued these glass tiles onto a votive candle holder.  I keep forgetting how time consuming these projects are due to drying time and making sure the tiles don't slide out of place or fall off. 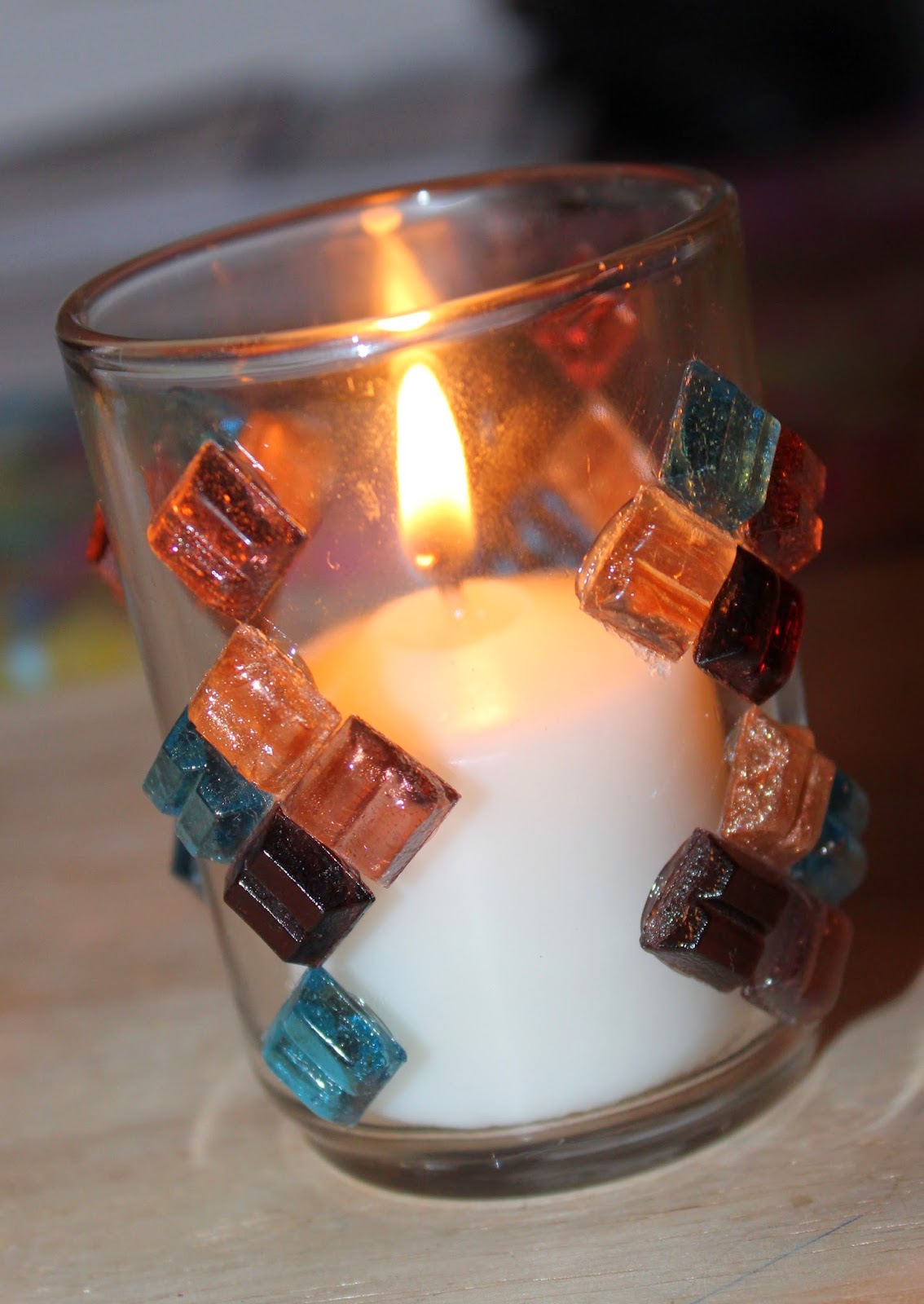 I had a bunch of small red skull cabs so I put them on 4 sides of the glass and filled in with red and purple glass blobs. 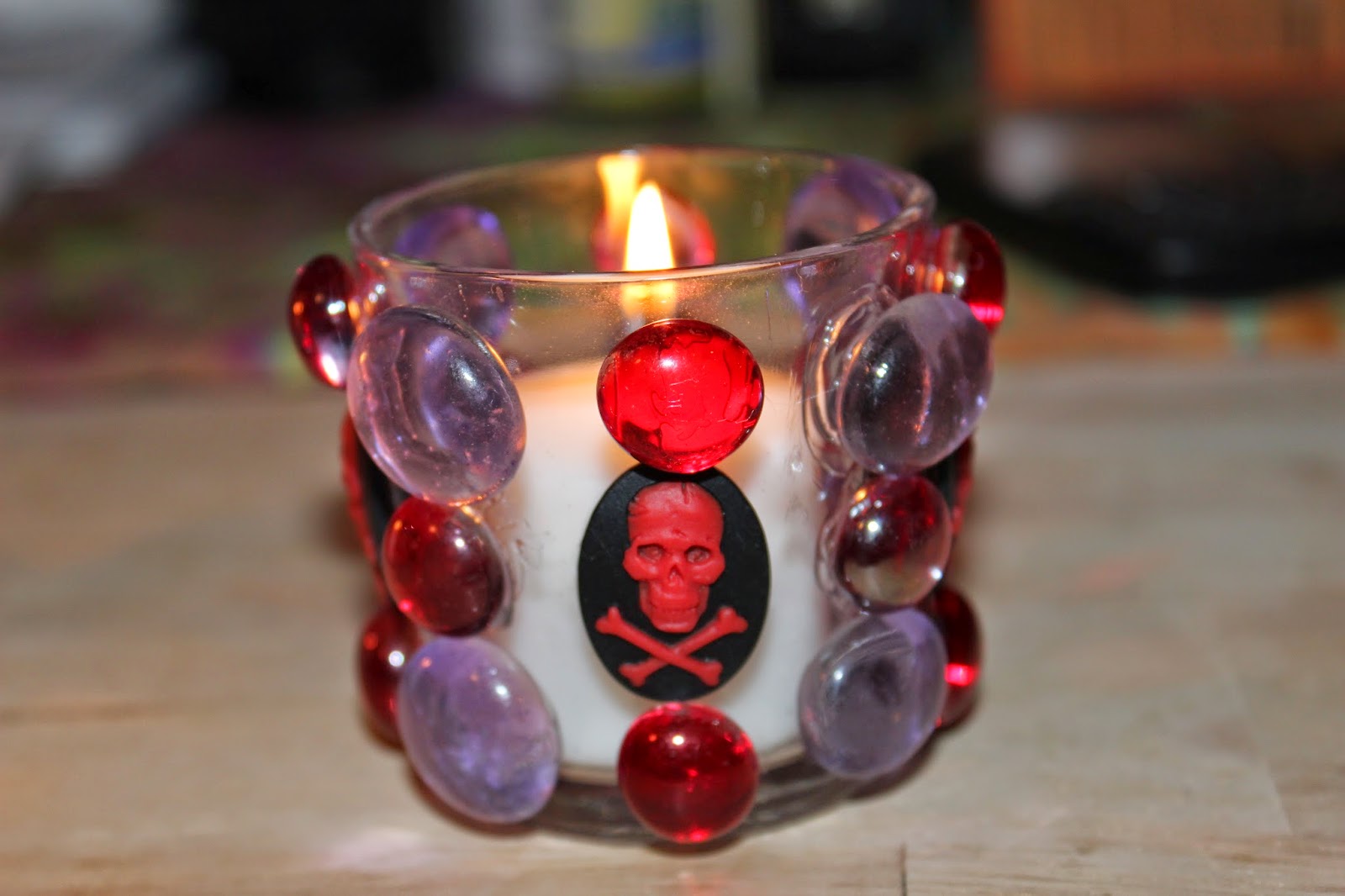 These lightbulbs also surfaced on the table so I broke out the glass paint.  The Pinterest project originally showed nail polish on the bulbs but I didn't like the way it looked. I had to pilfer the tops of Christmas ornaments to glue on top of the lightbulb, then added the beaded hanger.

I made this a few days before the attempt to clean the table off.  10 points to Ravenclaw!  Just a hangie thing I stuck on the wall in the bedroom.  I found the fillable bottles at the craft store and got the copper coloured ones.  Filled it with blue beads and then added the copper wings (for the Ravenclaw eagle) and then the hanger in the House colours as well.  Yes I'm obsessed with Harry Potter.  OBSESSED.  I don't even want to admit how much time I spent on the Pottermore website this month and watching the movies on ABC Family, as well as rereading the last 2 books. 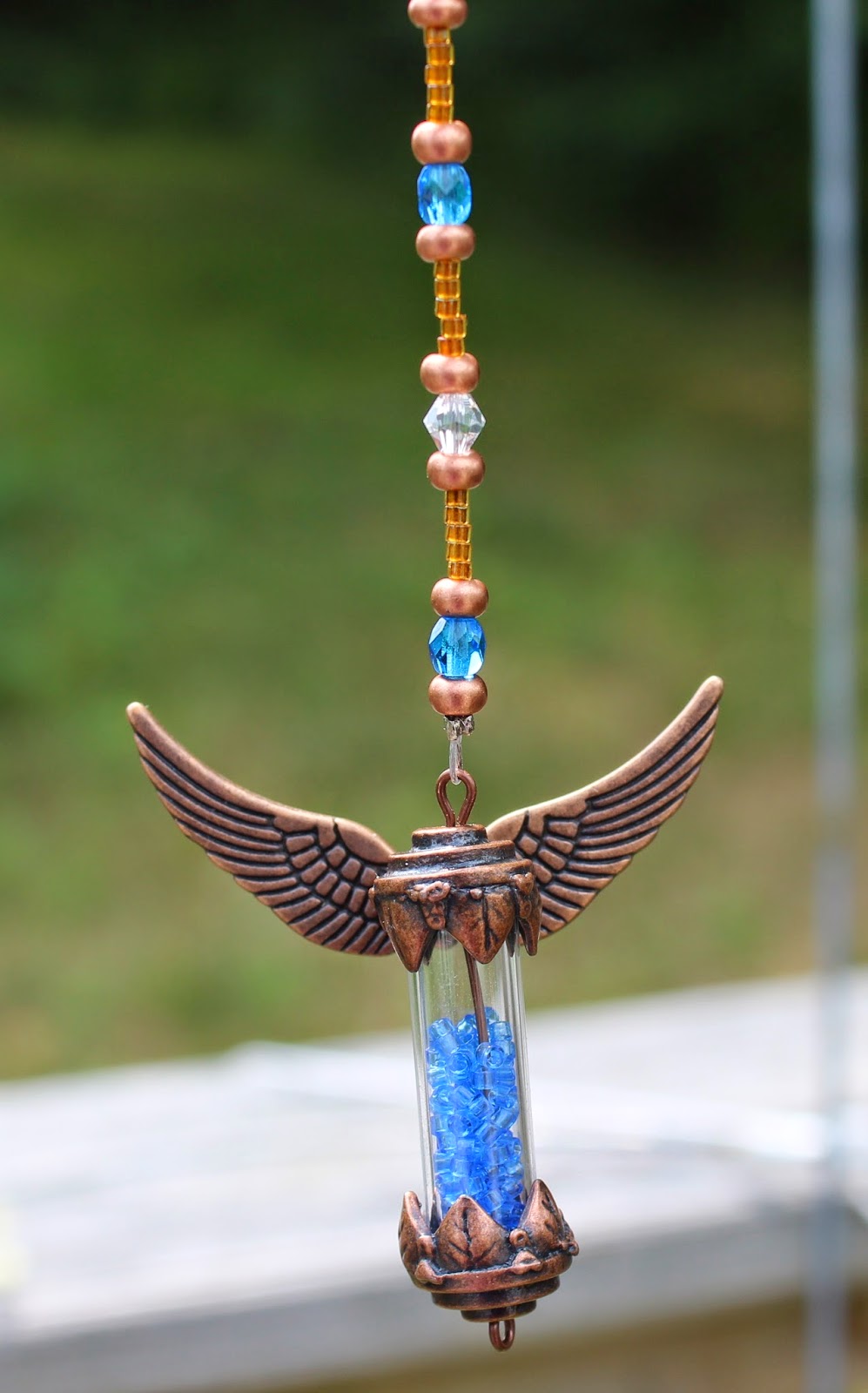 My honey and I were at this great old store called Benny's, which is a real throw back to another era. It's been around forever.  He bought me this black velvet colouring poster which I can't wait to do. 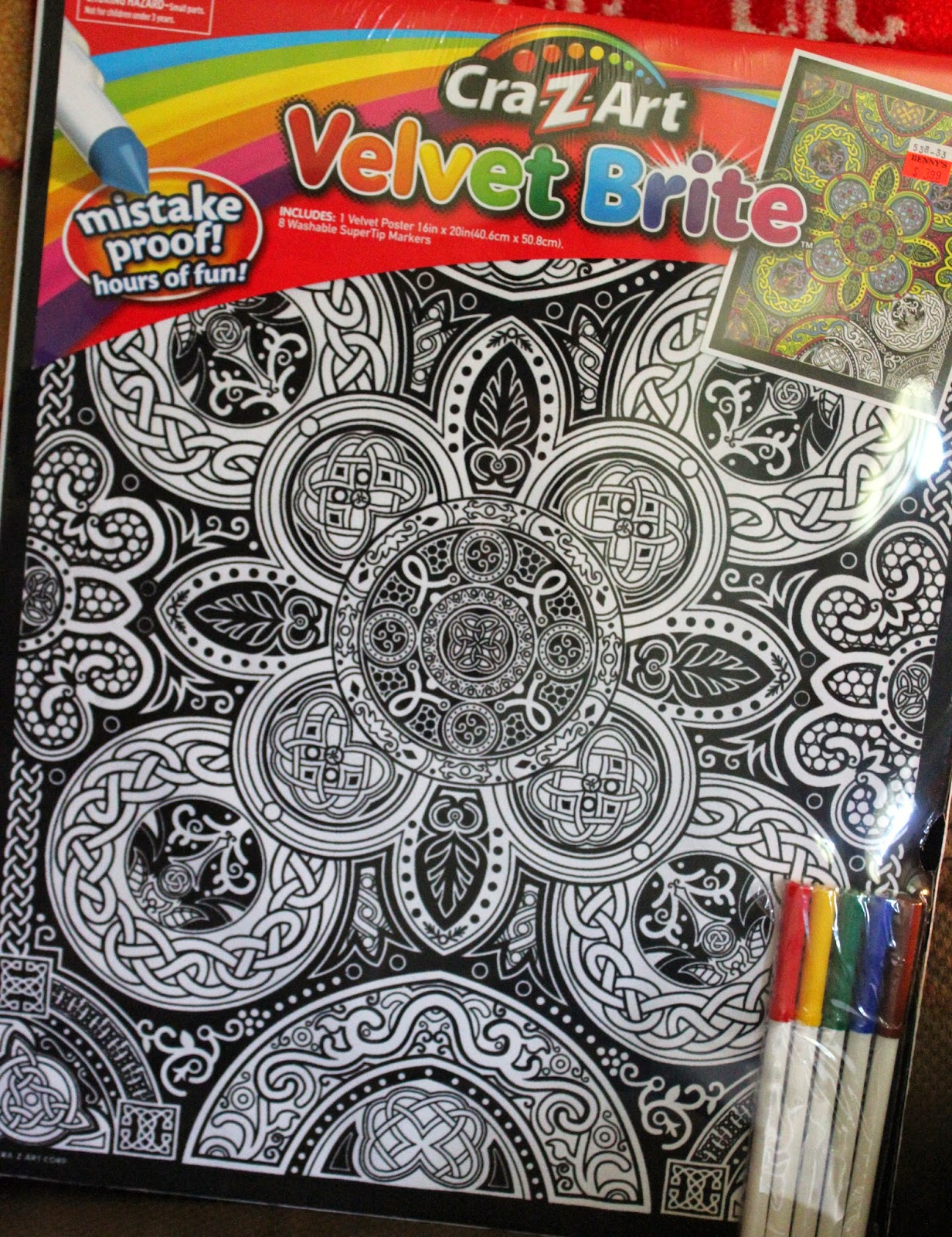 The table may look as bad as it did before it was reorganized, but I truly can tell the difference.  At least now it's organized chaos.  And now I'm ready to start my new poster! 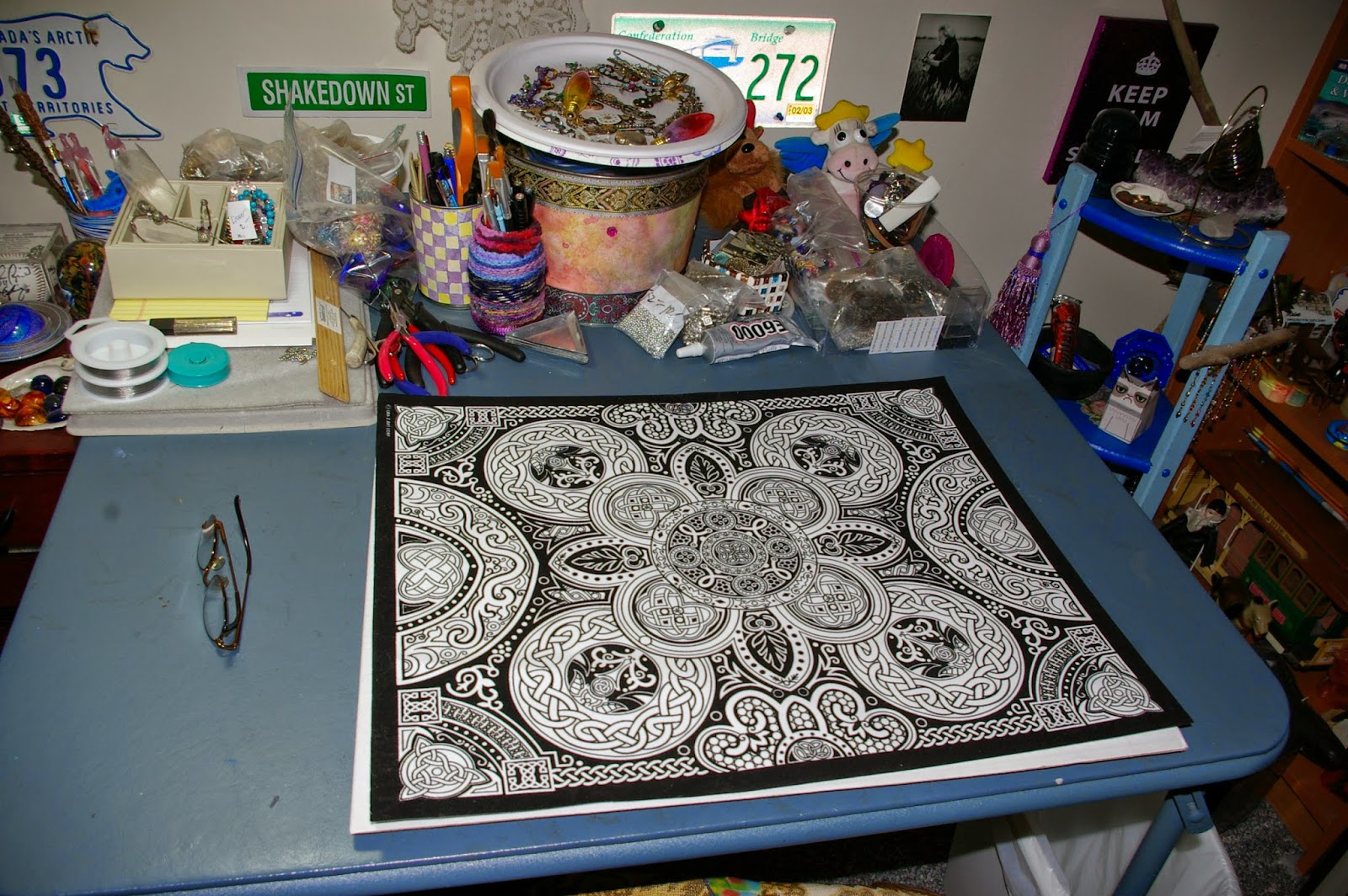