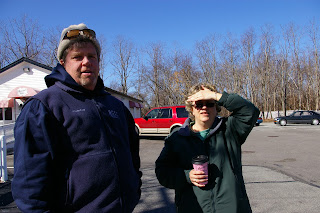 An adorable pic of Gene, Marsha & Sharon, three of my fave people!! 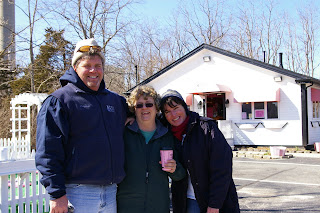 I also got together with my friend Nancy at her house for a couple of hours and it was a blast to see her.  The conversations just flowed so easily, as if I had never left.  I also stopped into my friend Michelle's Sandwich Village Herb Shop on Rte. 6A in Sandwich to say hello and check out her wares.  I know where I'll be shopping for all my Wiccan/Pagan needs once I move back!
Against my better judgment I am posting these pics of me with my friend Traci's daughter Zoe.  The 3 of us went out to lunch one day too.  Traci's family left Sandwich and lived in Florida somewhat miserably before deciding to return, en masse, to Cape Cod.  They live in East Dennis now, just down Rte. 6A about 15 or so miles from my mom's.  I've known Traci since the first grade. 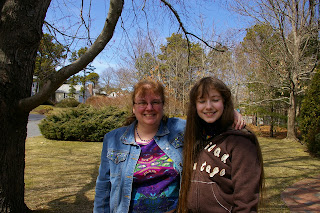 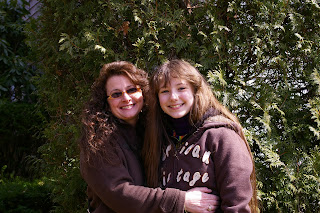 And also of me and Traci. 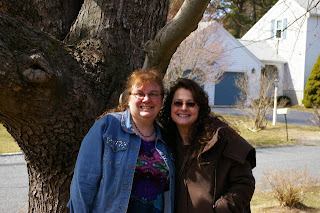 Next time the sun goes down on Cape Cod, I won't be so eager to leave and follow it to the western edge of the country. 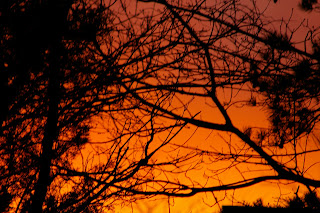 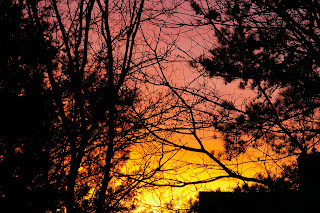 I am, and apparently always will be, a Townie, and I've made my peace with it.  I'm in love with a Townie, all my friends are Townies and that's OK with me now.  If you can't beat 'em, join 'em.
Posted by JoJo at 11:00 AM