I'm sure all kids probably make up words for things. I have zero experience with children so I wouldn't know. Do the made up words stick with them through their lives like two words I made up have stayed with me? The memories of where I was when I made up the words are among my earliest. This would be pre-kindergarten, and I started when I was only 4.
We took many, many trips from the Cape to Yonkers, to see my family there, especially when my grandfather was dying from lung cancer in mid and late 1968. I remember laying in the back seat of the car (no car seat of course, this was the devil-may-care 60's, not the namby pamby present era), but always I'd always sit up whenever we approached a bridge. I remember one trip where I exclaimed, "COLUMBERY!" My mom turned around and was smiling and said, "What?" and I tried to tell her it was a Columbery but was unable to articulate what I was trying to describe. It's pronounced: ko-LUM-burr-ee. I used this word every single time I saw an arched green bridge, which bridges are everywhere in Massachusetts & on the way to Yonkers, and which are probably in every state.

I don't know where I came up with the word, however, in my childlike mind, I was trying to convey that I thought the green arched bridges looked like celery. 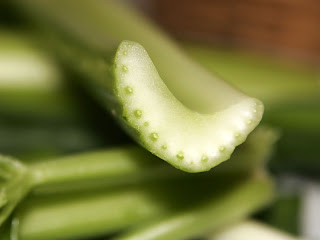 The Sagamore Bridge (and Bourne Bridge too), over the Cape Cod Canal, is also a columbery, but it's silver not green. 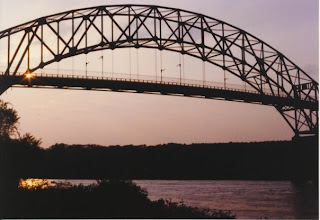 This is the Braga Bridge, in Fall River, Massachusetts and I consider this in the columbery category as well, since we had to cross it going to and from Yonkers. 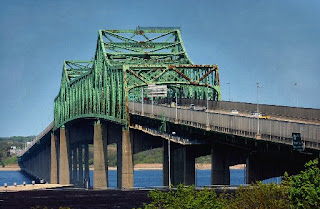 I've only ever used that word in the presence of my parents and Brian.
The other word I can remember making up is 'mahlaylee'. I will spare you a visual because it's pretty gross, but it's ketchup mixed with tartar sauce. I remember being at the kitchen table, lost in my own thoughts, as my parents chatted over dinner. It would had to have been fish and french fries, for me to have had access to both of those condiments on one plate. I started stirring them together and was finally snapped out of it when my bemused mom finally said, 'Oh Joanne, stop doing that! Yuck!' I gleefully announced that I'd just invented mahlaylee. I went through a short phase of using that concoction every time I had fish & fries. I hate to admit it, but my mom was right: Yuck.
Where did these words come from? Why do I remember making them up so clearly at age 3 or 4, when I can't even remember something that happened last week? I've never asked any of my friends if they remember making up words and if so, what they were. Are we all harbouring this secret but are afraid to tell our friends for fear they'll think we're mad?
Can any of you, my dear readers, remember any words you made up when you were little, or am I a freak? A word that you still think of when you see the object for which the word was invented? I'd really like to know.
Posted by JoJo at 11:00 AM