So, How's the Weather?

Well it's clear enough here to see the ever-elusive, snow capped, craggy peaks of the Olympic Mountains to the west! (click to make bigger) 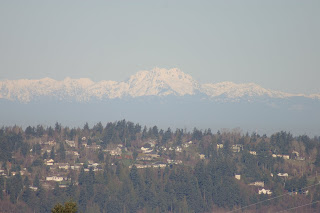 These pics were taken from the side of Highway 410 in Bonney Lake, from the Arco gas station parking lot. The Olympics are pretty far away from where I live, and usually obscured by clouds, haze or bad air. I also must point out the water tower, on the bottom right of this photo. This tower went up a few years ago and it was a blight on the landscape. It was built on the line between Bonney Lake and Sumner, and both cities were pointing fingers at each other for it. A compromise was reached when they decided to paint it a very pale shade of blue, with dark and light green evergreen trees, to try and blend it into the sky and trees as you reach that part of the highway. 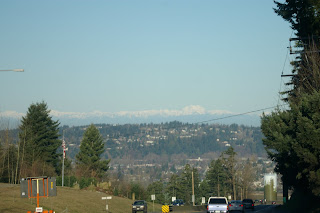 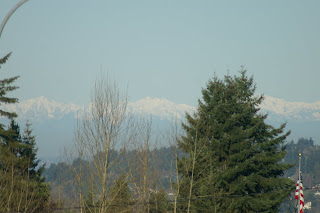 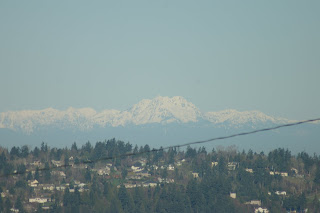 I drove up into a neighborhood with really nice homes, and managed to find one spot between 2 homes where I could get a shot of this part of the range. Tacoma is on the left, about 3/4 of the way down. Tacoma's about 18 miles west of where I live. I will be on the extreme western edge of the Olympics, where they finally fade into the sea, when I go to Kalaloch next month. 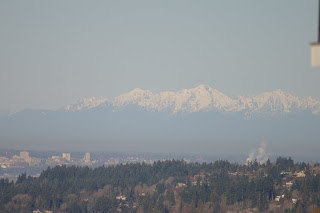