Our teeny tiny little puppy guy, Sagan, turned 3 on March 12. We take him to doggie day care...er...I mean "canine activity program" at Sumner Vet each Wednesday, so it happened to coincide with his birthday. I brought a disposable camera and asked the tech, Sam, if he could take some pics of Sagie on his birthday. They laughed and Sam said sure, he'd love to. Everyone at Sumner Vet loves Sagie, by the way, especially Sam. Boopy goes into full body and butt wag when Sam comes through the door to take him inside when I drop him off in the morning

When Brian picked him up and brought him home, he told me that the techs had a "pawty" for him. They blew up balloons and made hats. I got the pictures developed today! 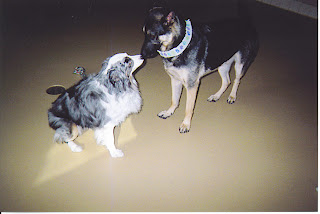 Sagan sez, "Chicks dig me!" He can't get enough lovin', this dog. I always knew that German shepherds were nice dogs, but I had no idea how unbelievably sweet and affectionate they are too. And goofy. But when he wants to turn it on and be the "guard dog", he does it in a flash. 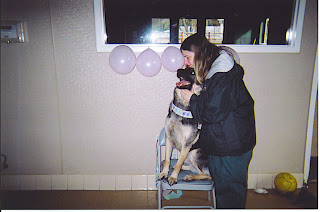 Who's a handsome boy in his birthday crown? 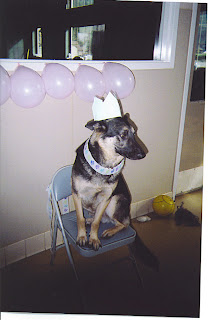 And in a silly hat. 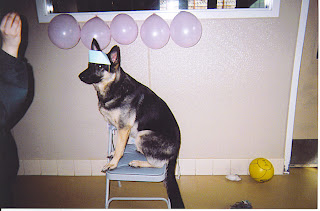 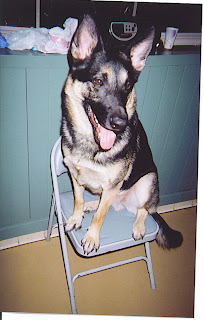 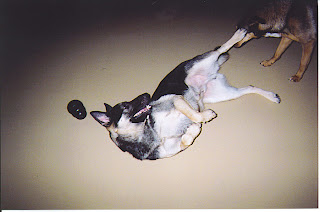 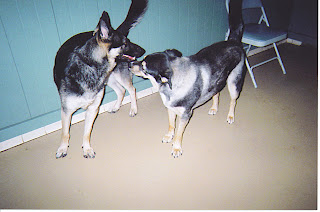