Who can forget Saturday afternoons watching "Creature Double Feature", back in the 1970's? I loved all those movies!!! I was lucky enough to never be one of those kids who was afraid of monsters in their closets or under their beds. I always had a soft spot for monsters, at least the ones I saw when I was a kid. Here are some of my faves:

Gamera, the flying turtle. Those of you who watched "Mystery Science Theatre 3000" may remember the little ditty that Joel and the Bots used to sing: "Gamera is really neat, he is filled with turtle meat, we believe in Gamera!!" 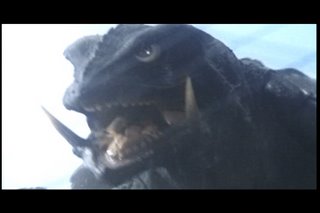 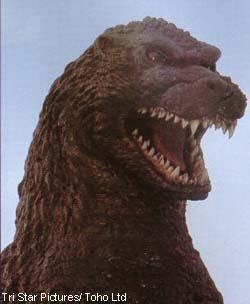 OK, "Monsters Inc", one of the CUTEST movies I have ever seen. Those monsters were just too adorable. 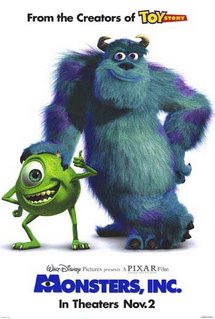 I absolutely adore Gossamer. He was only in like 2 Bugs Bunny cartoons, but he was my fave character. How can you not love a monster who wears tennis shoes? I have a stuffed toy Gossamer at home. 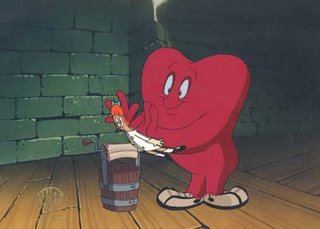 And my favorite monster in the whole wide world, The Bumble from "Rudolph". Each year when I watched "Rudolph", I would kind of get scared before they actually showed the Bumble because I didn't remember what he looked like. Then they'd show him and I couldn't help but think he was so cute....esp. when he puts the star on the tree at Santa's Castle. I have this "action figure" of Bumble shown here, and I also have a stuffed toy Bumble. 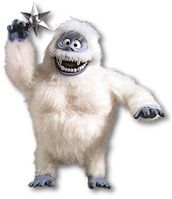