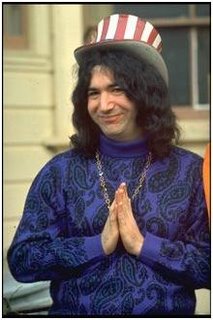 Tomorrow's the election and it's a very important one at that. This country is going down the tubes faster than I ever thought possible, and it's all thanks to that moron who calls himself the President. If you are not outraged, then you are not paying attention.
Back in 2000 when Shrub wasn't elected, I said, "mark my words - he will turn out to be the WORST president in the history of the US", and he really has turned out to be the worst one, at least in the last century. I mean, given the choice, I'd take Nixon over Shrub at this point.
The important thing is to get out there and vote tomorrow. Vote for a change. Vote to bring our troops back home from the quagmire that is Iraq. Remember, Shrub lied to us about the reason we invaded: He said there were weapons of mass destructions, which there weren't, and to avenge the US for 9/11, in which Iraq had no involvement.
If the Democrats can gain control of the House and the Senate, we have a shot at getting us back on the right track. The entire world HATES us! All because of Shrub and his cronies.
What have we had in the last 6 years? Scandals, lies, senseless killing, more lies, hypocracy up the kazoo from so-called "Christians", even more lies......
So get out there and vote. The future of the country and your children depend on it. Don't be a little lamb going to the slaughter and follow along with the other mindless Republican morons who can't open their eyes and see for one second what a mess Shrub has made of this country.
Remember, voting is a right and a privilege. People in other countries have died for the right to vote. It's your obligation and civic duty.
Posted by JoJo at 3:40 PM