There was a fairly large solar storm a couple of weeks ago which meant the Northern Lights were going to be very active and allegedly visible down here.  I have street lights across from me, and they are on the north side of the street, so it's really hard to see the stars from the front yard.  In the back yard, the north sky is obstructed by trees.  I am pleased with this photo, as it shows the trees and stars very well. 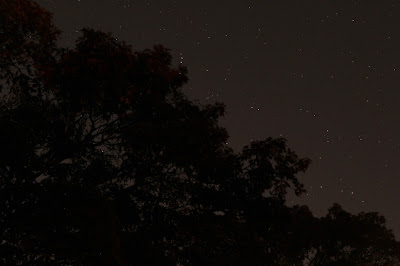 I was following the Aurora Alerts site, HERE, and saw that it was going to be very active around 6:30 pm and reaching almost all the way down here.  So I went down to the beach, pointed the camera north and started shooting, leaving the aperture open for 30-90 seconds. 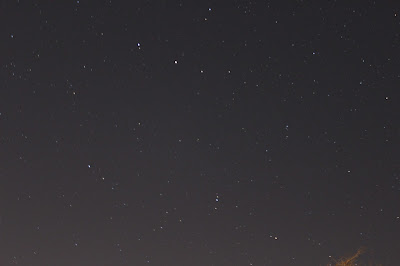 It's funny but standing there on the beach it was so dark I had to use a flashlight, but the light pollution you couldn't see with the naked eye lit up the sky anyway. 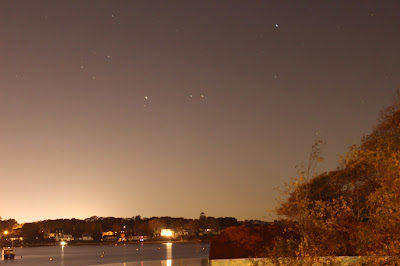 I didn't see a thing.  When I got back and downloaded this, I noticed the green tint to the sky.  The jury is still out whether or not that's the aurora or light pollution. 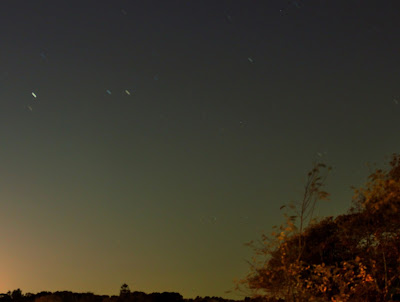 Not sure why the boathouse is lit up electric green, or the trim on the house. 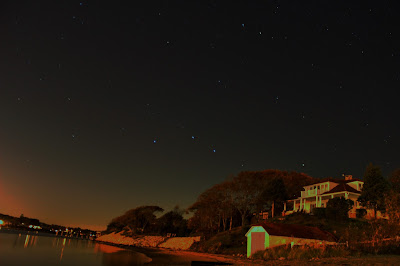 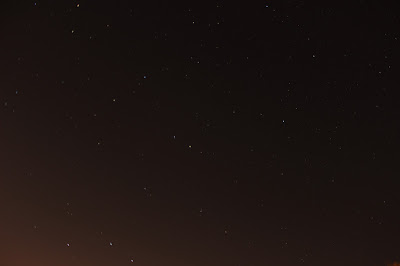 Then one early morning...like WAY early morning (for me)...I took the dogs out and couldn't believe the tiny sliver of moon that was showing.  It was about 5:30 and the sky was actually a really pretty shade of blue because the sky was getting light.  But I didn't feel like dragging the tripod outside when I was still half asleep so I had to free hand it.  It's a bit blurry but hey, no glasses, no coffee and sleepy. 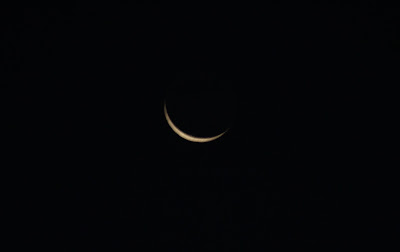