Now that my cold is finally over, I have been throwing myself into a lot of projects, both cross stitch and cleaning.  My back was still killing from all the yard work, so I spent a couple of afternoons in my recliner knocking this beaded ornament kit out. 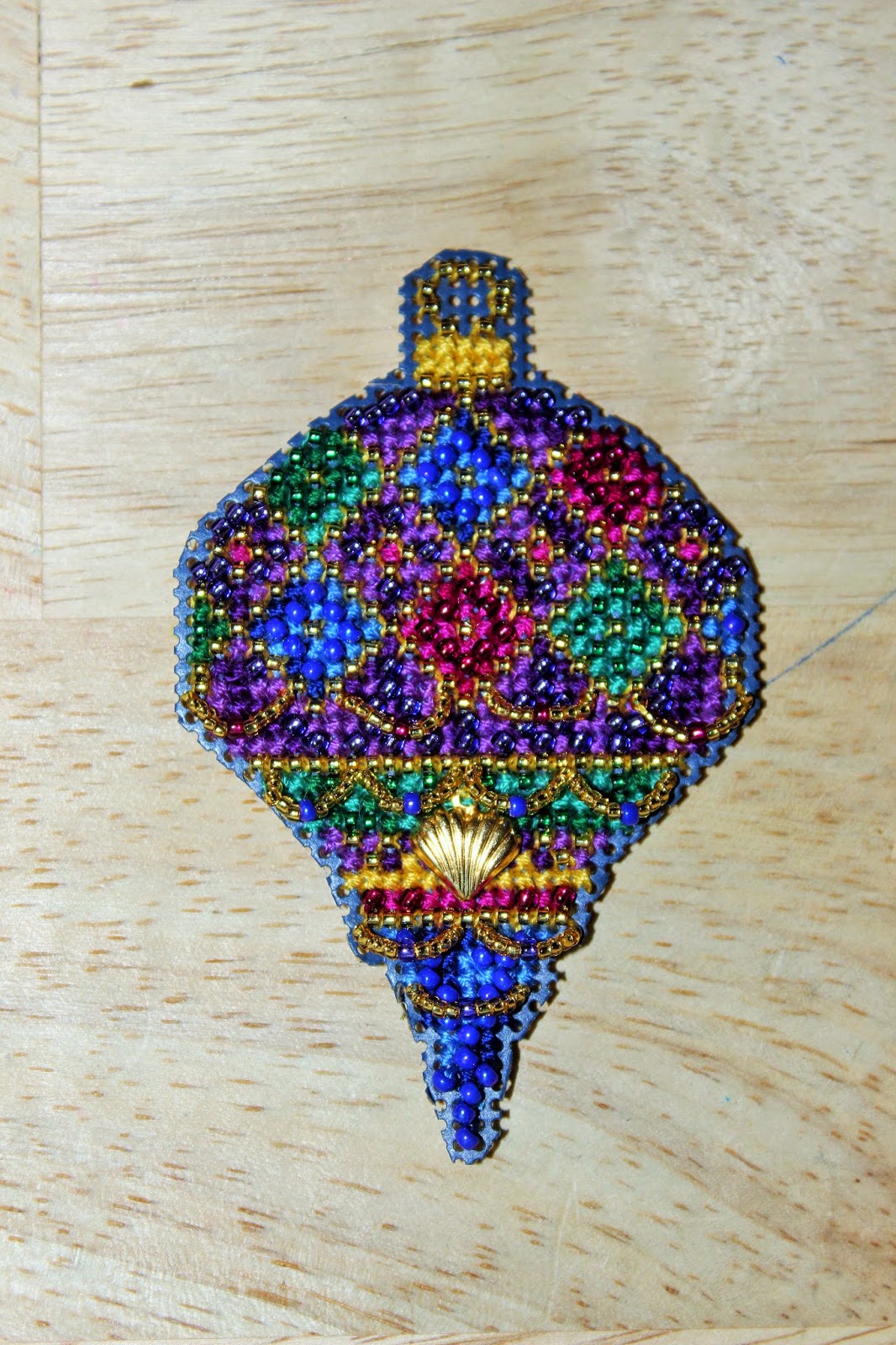 Quarter to show scale.  There is a whole series of these beaded ornament kits by Mill Hill and I want them ALL!!!!!!!! 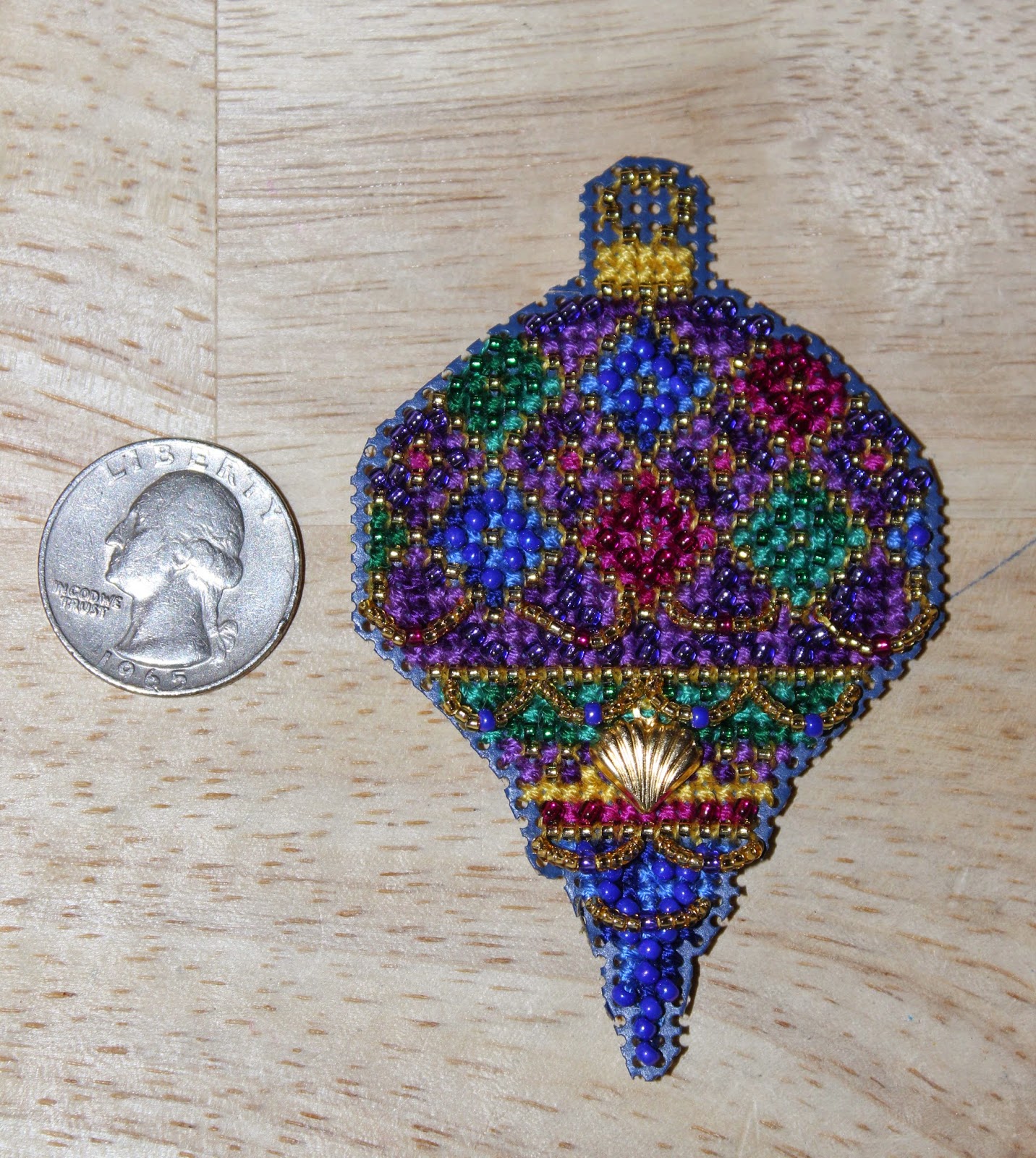 Cleaned up the metal futon frame and got some cushions for it, but I think we are going to get thicker ones for the seat and Russell wants to elevate it somehow because it is way too low, even for me.  I'm still in the market for a couple of chairs too. 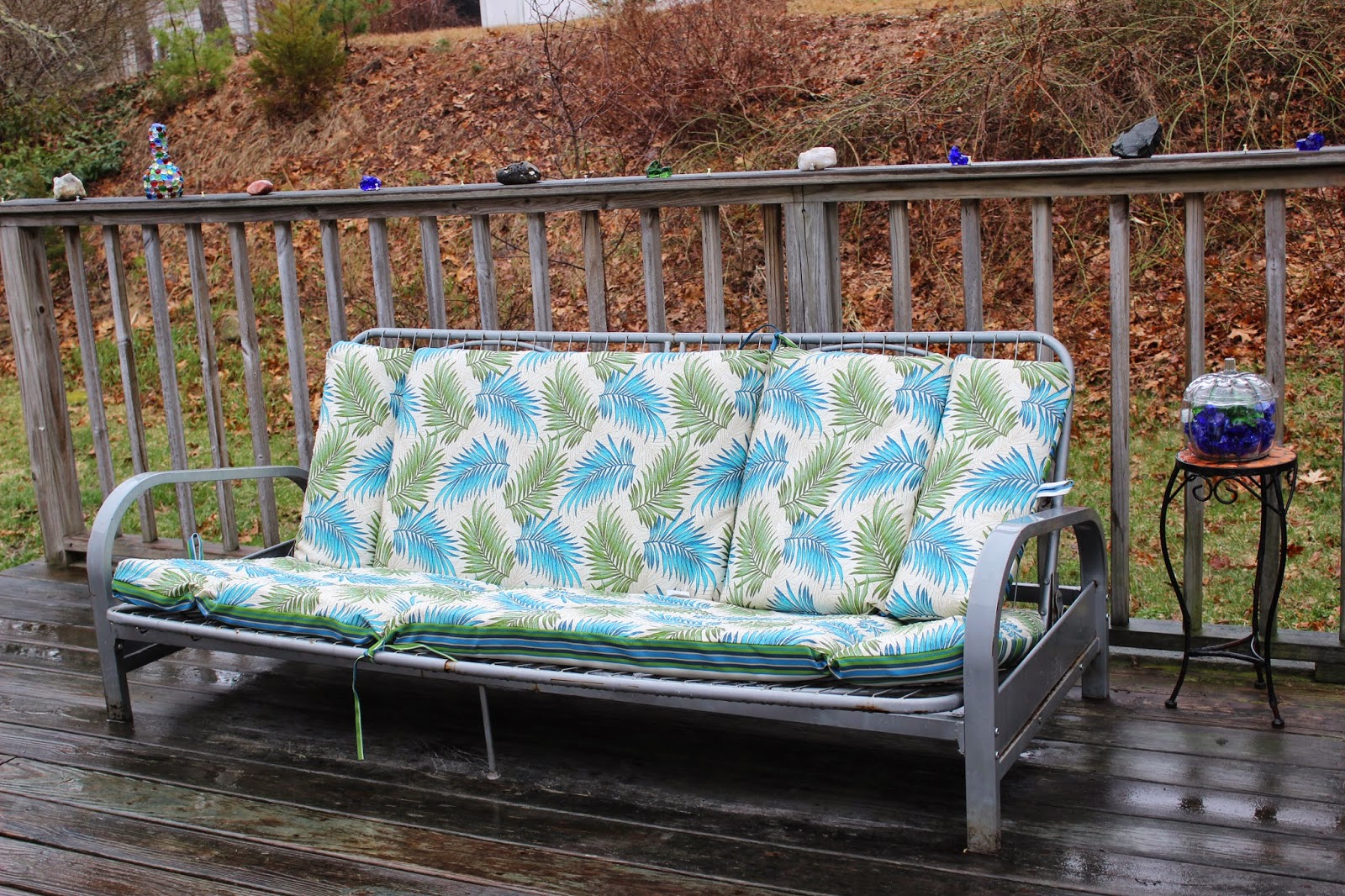 A few weeks ago, Jaime and I were PMing on Facebook about music and I mentioned that I saved a ton of You Tube links to newer songs that I really loved, but I hated the thought of having to buy entire CDs just for one song.  I'm not savvy enough to do iTunes or anything like that.  I joked that I missed the days of 45 records.  She told me to send her all the links to the videos and she could easily download and burn them to discs for me, from which I could make my beloved mix tapes. She sent me 5 discs a few days later!!  I spent a few hours listening to them and writing down what's on each disc.  Then I got some blank tapes off Amazon.com.  I'm going to be a busy girl!!!  I'm so excited!!! 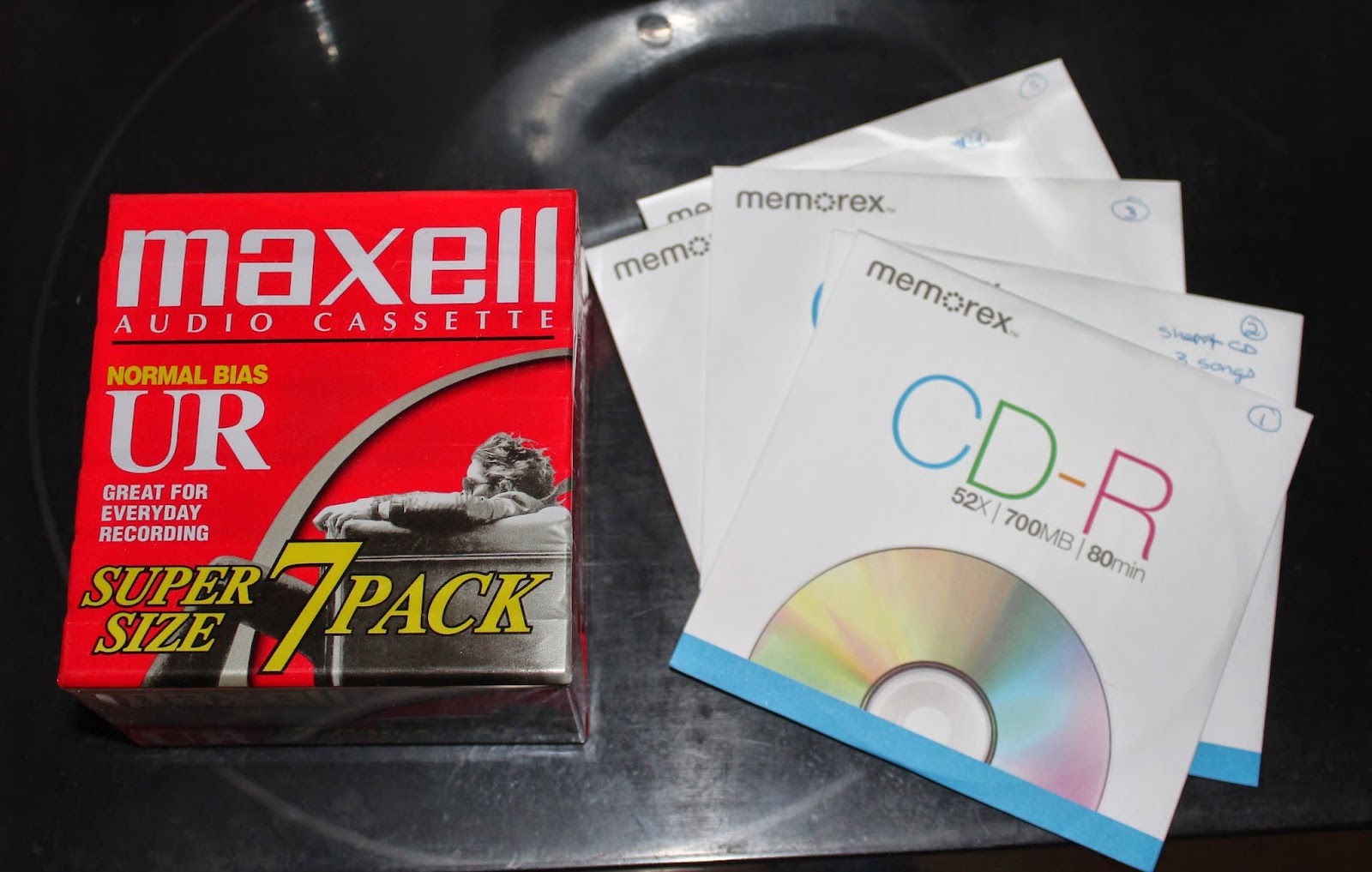 Spring cleaning is in full swing in the house.  We got new a/c units because the others are almost 4 years old and run 24/7 from April to November.  It was time for new ones.  On Sunday, I did the laundry room, bathroom and craft room.  Plus did what I could to tidy the storage room.  I was some exhausted and went to bed at 8:30. Got up at the crack of dawn on Monday, thanks to the noisy birds, and got going by 7 to the laundromat to wash the comforters, do the grocery shopping and errands. Then it was time to clean the bedroom which took 2 hours.  I did the livingroom yesterday and all I have left is the kitchen, which takes the longest.  And we also finally found a futon couch, right in Wareham too.  I wish we'd found it 2 weeks ago instead of making that wretched trip to Stoughton.

We were in Mashpee last week and I treated myself to a couple of Cupcake Charlie's cupcakes: Funfetti and carrot cake.  They were sooooooooo GOOD!  My cupcake MO is to eat the bottom cake, then dig into the top with the icing. It's probably a good thing that CC is in Mashpee or else I'd be there every day!! 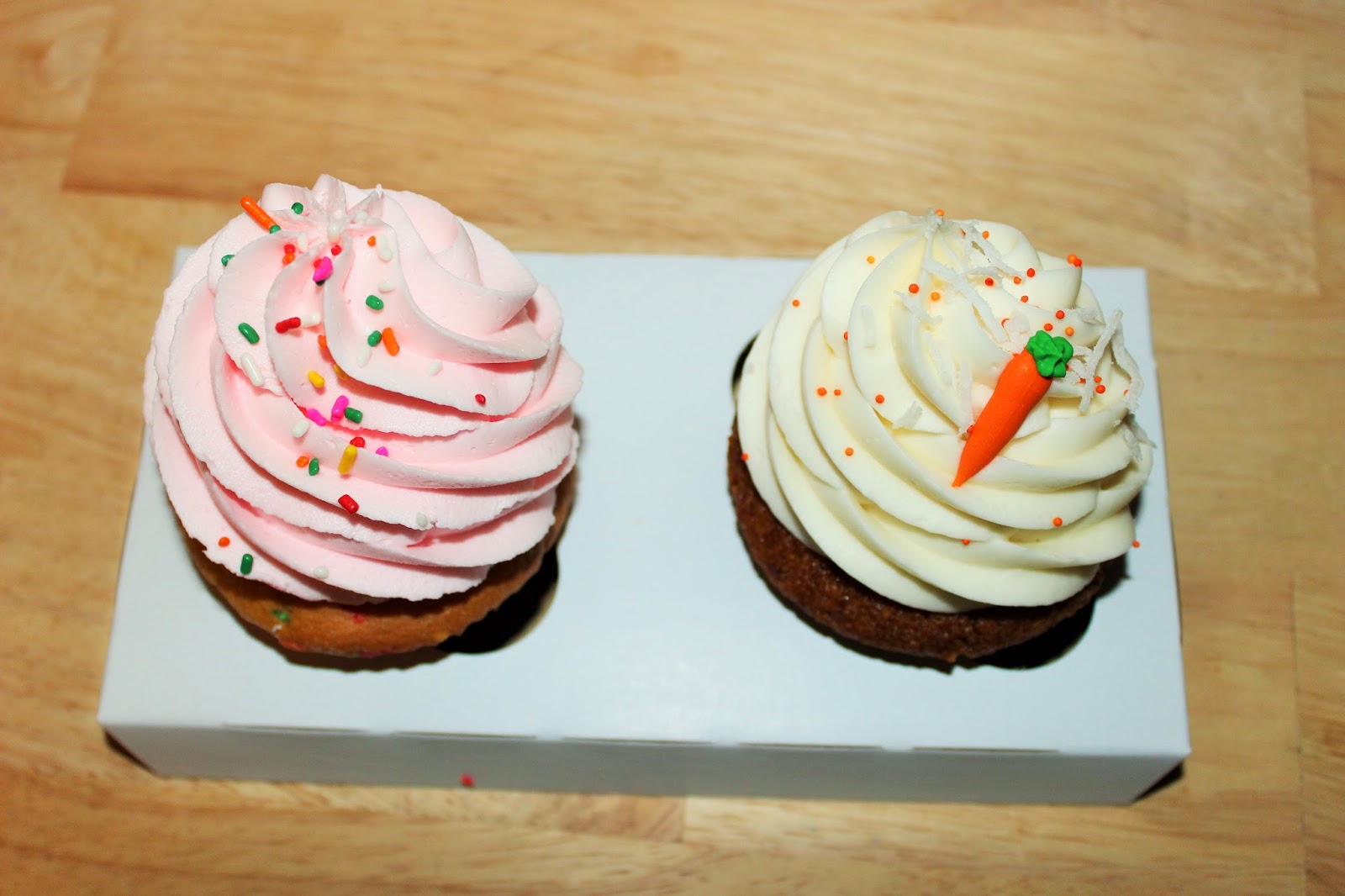 While organizing my stitching kits, I found this one that I started last November and put away because of the holidays.  I totally forgot about it.  It's a pretty quick workup.  I had to change the round red & green mint candy design because the ones in the pattern look like swastikas.  I just have the top and bottom to do.  These kits are easy to work on while I'm in my recliner on a heating pad after marathon cleaning!

My new futon couch came yesterday!  They dragged the old one outside which is being picked up for a dump run.  Pepper is having a lot of trouble getting up on this one and she's not at all happy.  I have to help her up sometimes but she is making progress on jumping up on her own.  Not sure what to do about this issue...I could try getting her a step or box or something but I'm not sure if she'd grasp the concept.  She really wants to be on the couch as it's more comfortable for her and I can't be here to help her all the time. 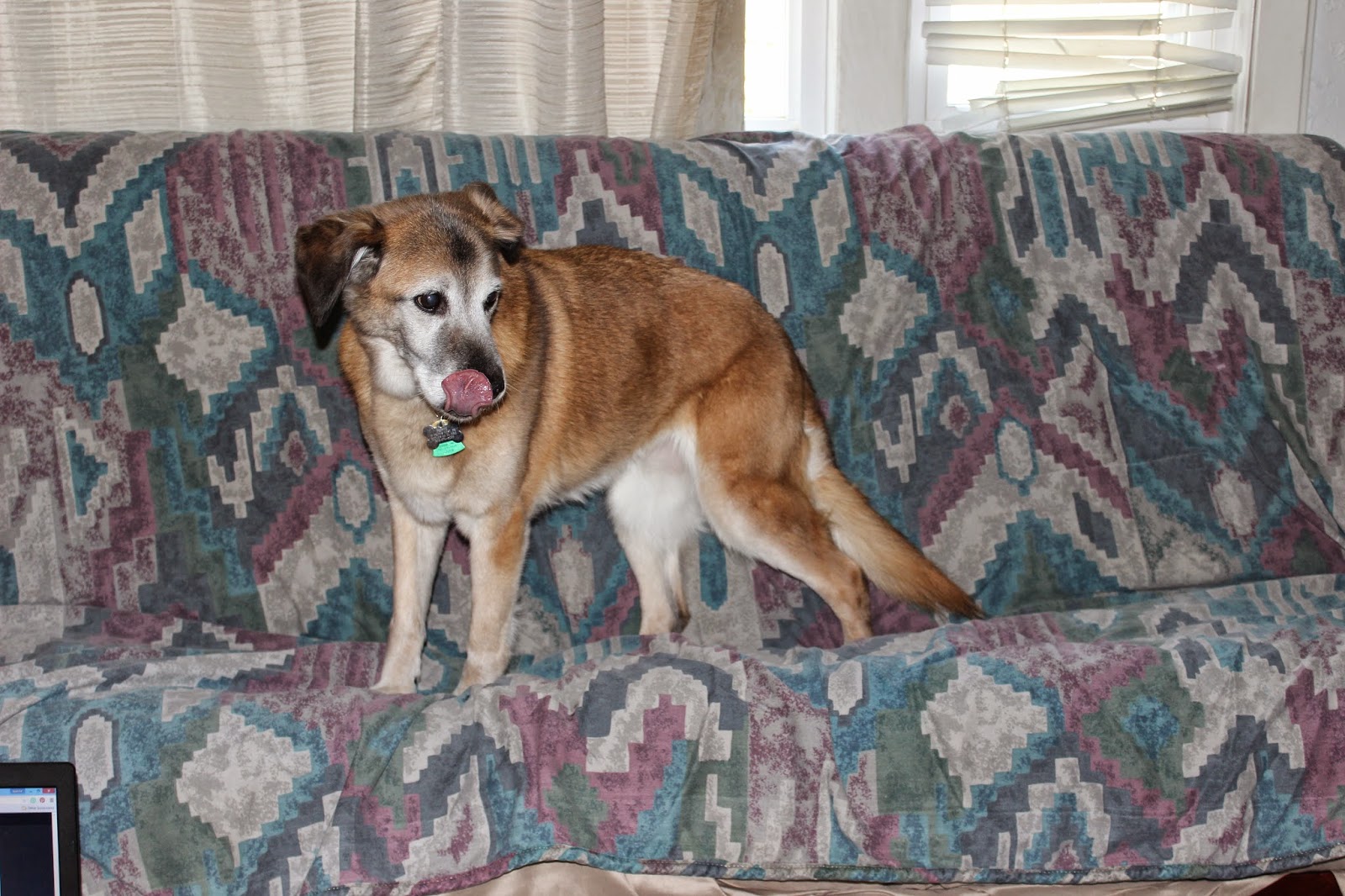 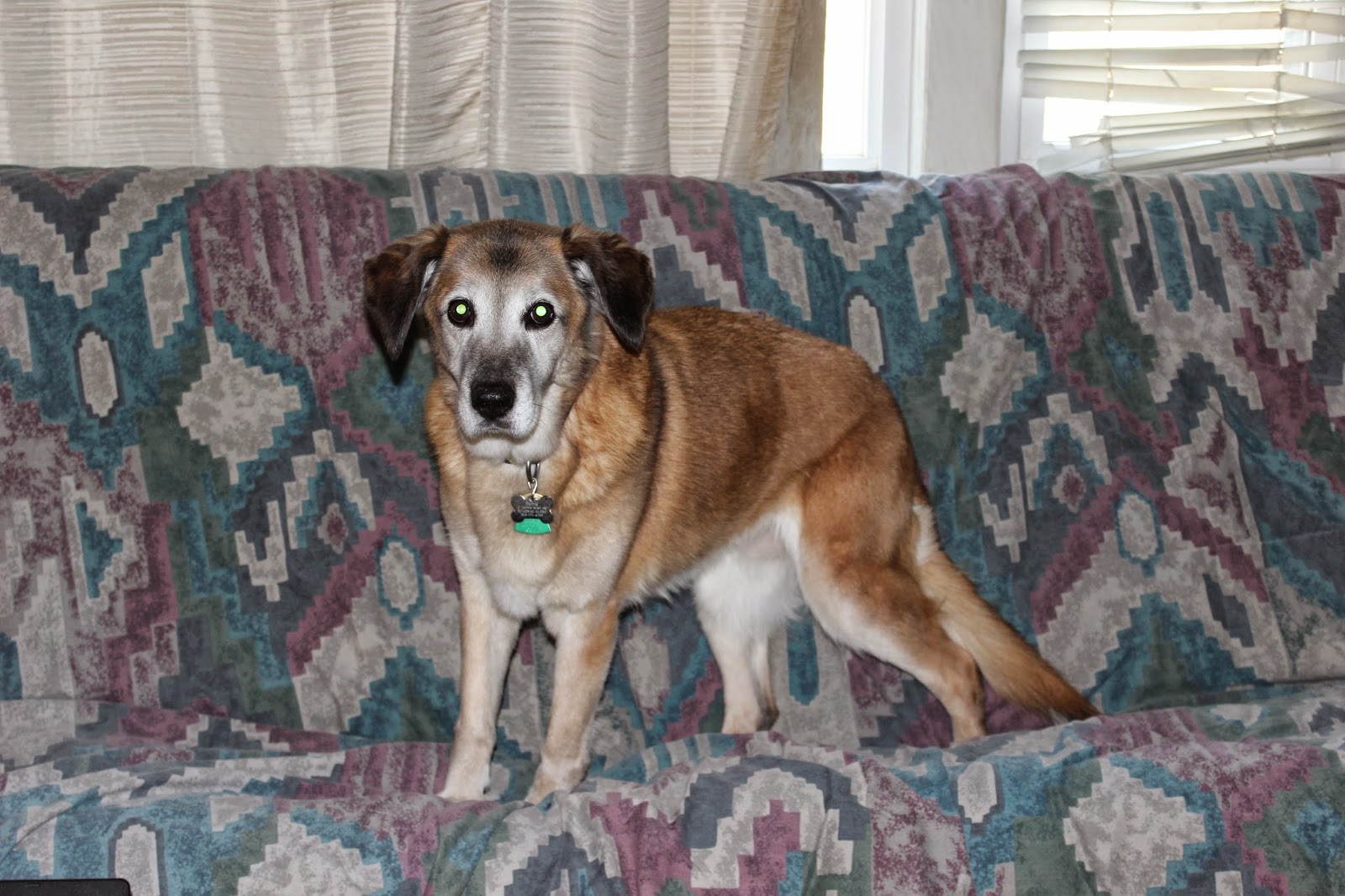 It's a lot bigger than the old one was....I barely have enough room to recline....but it should be fine. The mattress is thick so it'll work for sleeping a couple nights a week, although now that we are using the a/c again, that helps to drown out the snoring.  Still though, it's nice to have a better looking couch in the house; the other one was so shabby.  Now if I could just find 18" blinds to replace those shredded ones, I'd be set. 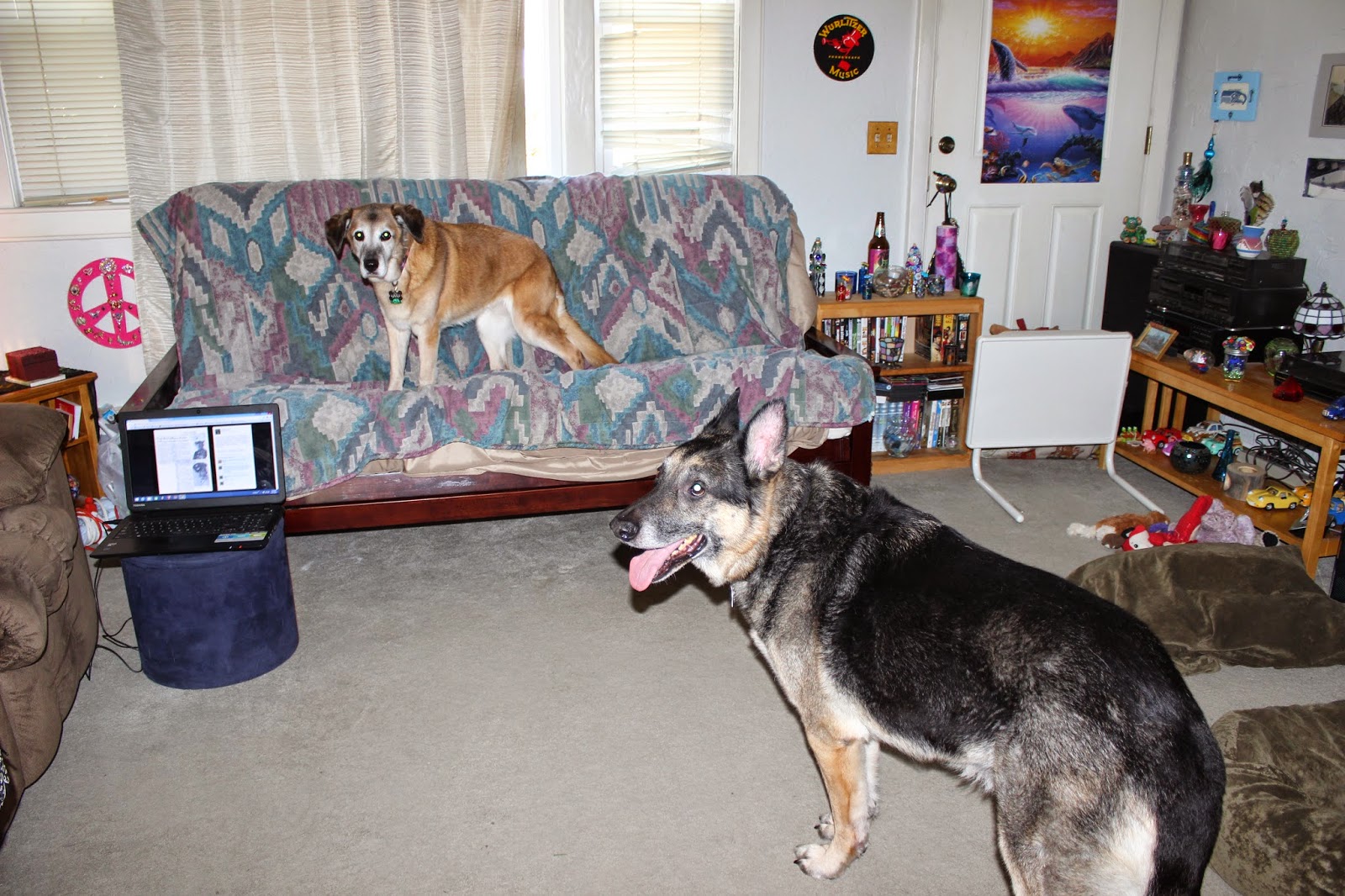 I am really eager to get back to my day trips and photography.  It's been a long winter and it's going to feel great to get back to it.
Posted by JoJo at 7:00 AM