Back in January, my buddy Liz over the Bead Contagion offered up some free blue goldstone round and donut beads to beat the winter blues, if she could get some crafters to create something with them for the big reveal today.  Blue goldstone is a synthetic glass stone and sooooo gorgeous.  Dark blue with pretty sparklies, how could I turn down the opportunity to participate??  I received my package of beads and then started to wonder how best to use them.  I've never worked with donut beads because usually people do wire wrapping or create a beautiful hanger from peyote stitched seed beads.

My first thought was maybe I could create some kind of hanging thing for a window or porch or something.  I started out one afternoon at the beginning of February and I wasn't 100% crazy about the way it was coming out.  I got frustrated and started to mutter, 'what have I gotten myself into?'  It was at that point that I noticed the smallest donuts were drilled through the top and bottom.  The large one wasn't but the small ones were.  I abandoned my hanging thing idea, and ended up reorganizing my glitter and watching the Superbowl while I obsessed mulled over what I should do about this project.  I decided that I'd go the jewelry route. 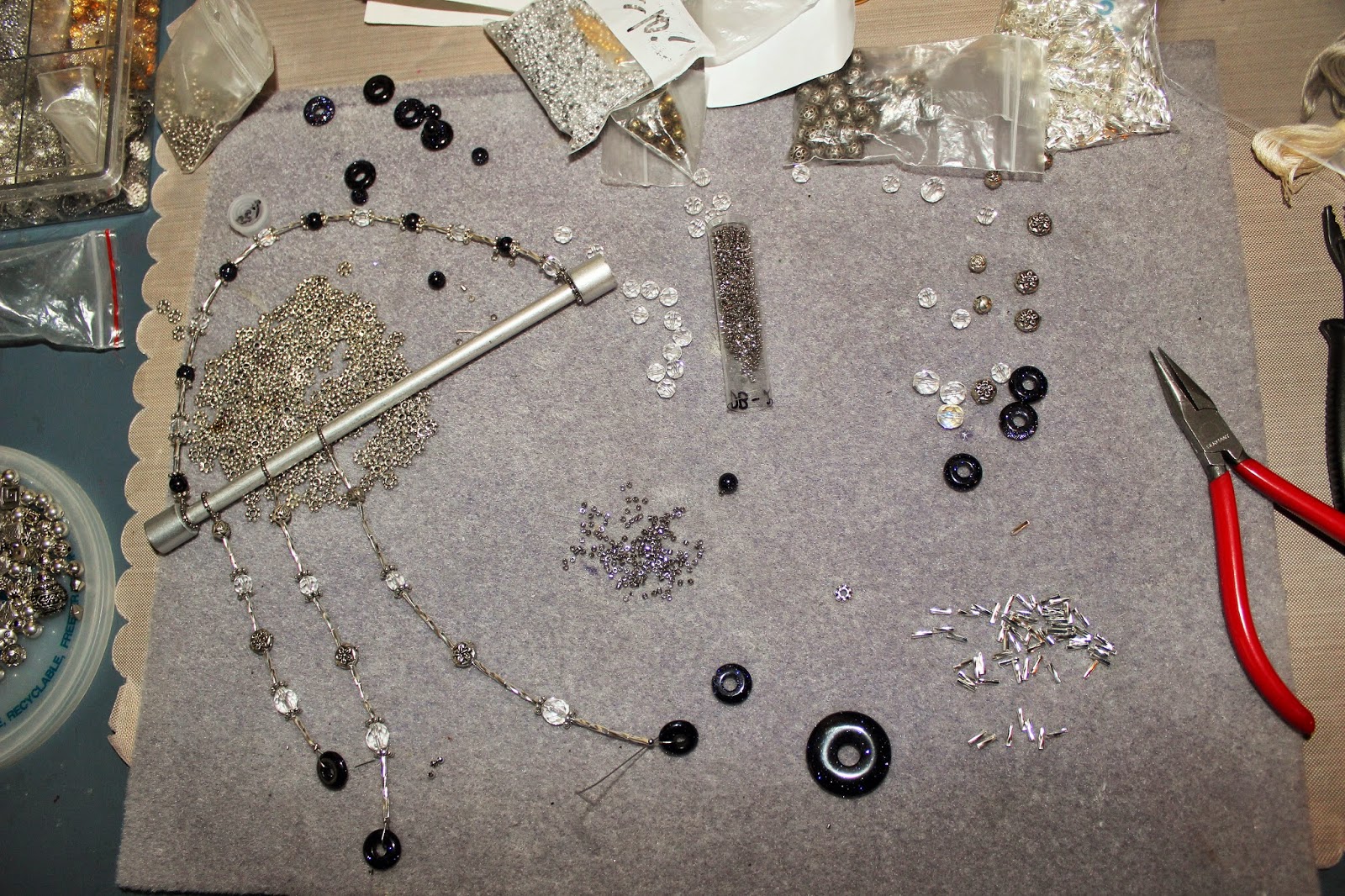 The following day, we'd had some awful weather and that was the day I fell on the ice.  Decided to go ahead and work on the project because I was unable to stop thinking about it (this is what happens to me when I have an idea....I wake up all night thinking about it too), despite the fact that my back was killing and hunching over the table wasn't the world's smartest plan.

Since the goldstone beads were such a dark blue, I had a hard time matching any other shades of blues with it. Clear, silver and white pearl go with everything so I knew those would be the additional elements.  But I really needed something to punch it up a little bit, so I opted for dark red Swarovski crystals.  I had enough donuts to do a matching pair of earrings. 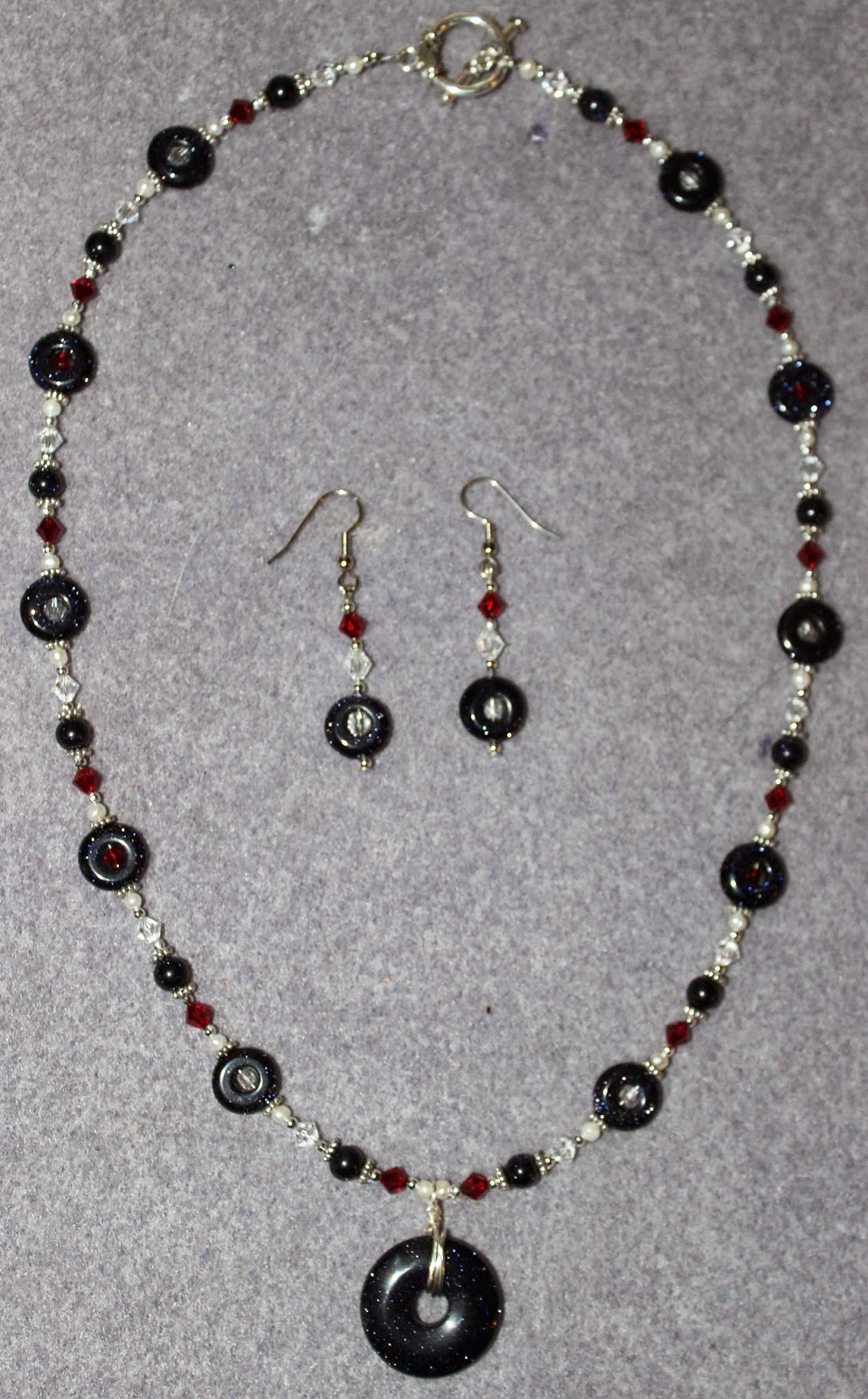 I was able to fit some small crystals in the center of the little donuts. 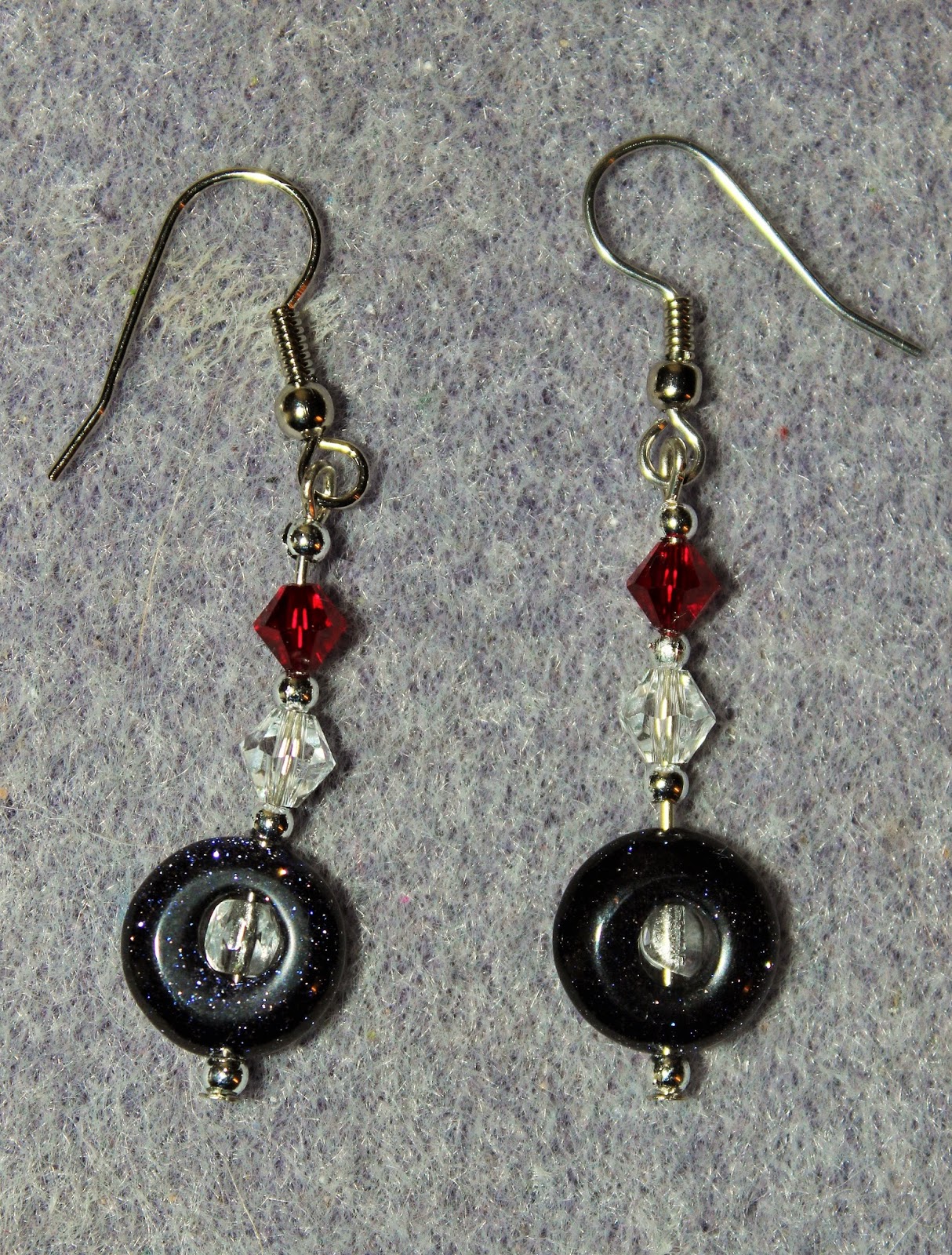 I'm not a wire wrapper, and I'm not so good at peyote so I just ended up doing a real basic wrap and loop for the larger pendant. 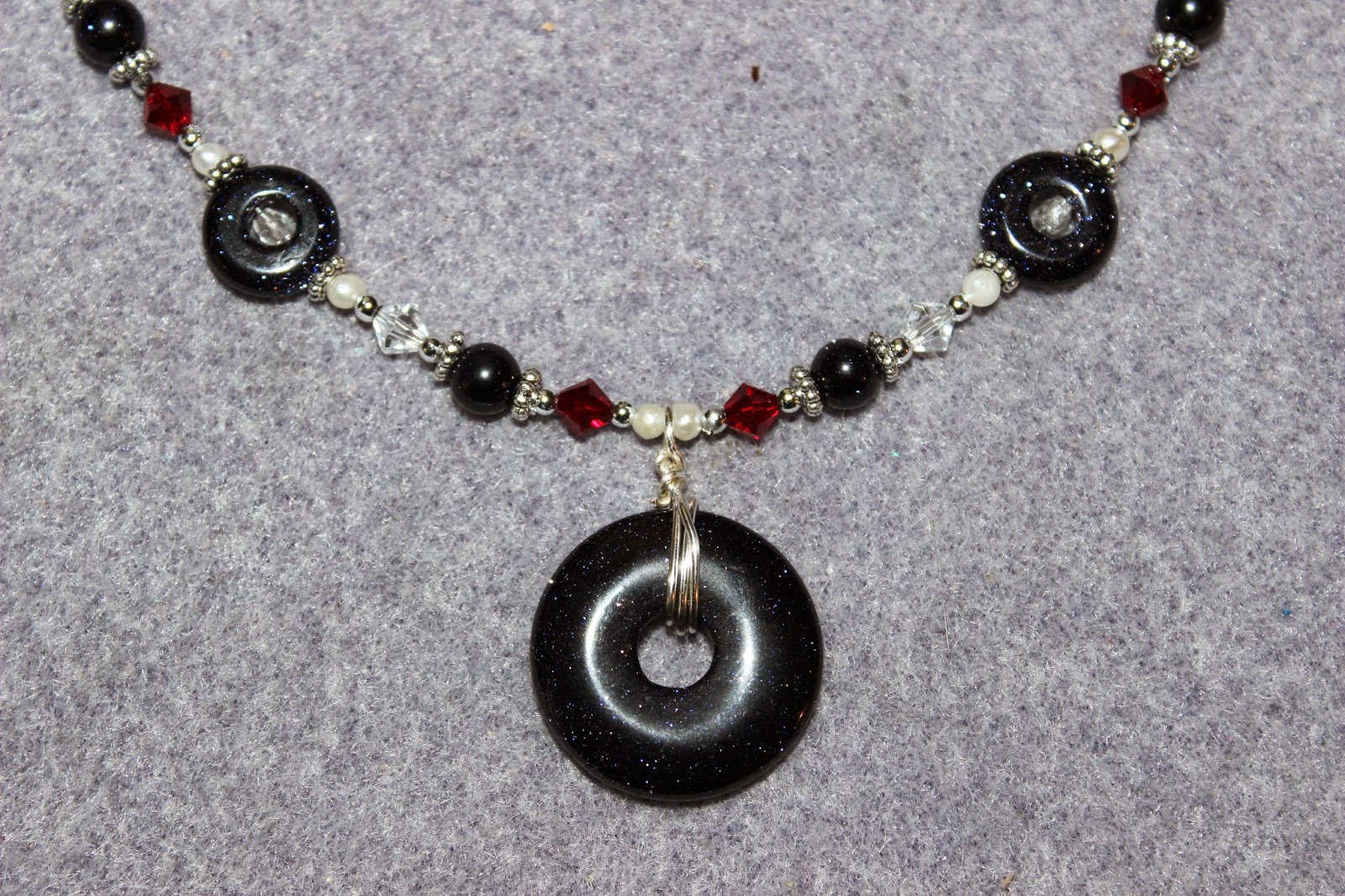 I wish my pics had come out better.  I had hoped to shoot photos of this set outside, but the snow took forever to melt and my friend Clair wanted to purchase this from me so I didn't want to make her wait until the weather got good enough for me to finally take pictures outside.

Thank you, Liz, for hosting the hop.  It was an honour to participate!!!
Posted by JoJo at 7:00 AM