Winter continues to hammer us nonstop with subzero temps and snow.  Oh the snow.  The media has been winding everyone up about collapsing roofs and ice dams.  I do know of some people who are experiencing leaks from the ice build up on the gutters which sucks, but so far our place is OK.  It rained a little bit and was 34 yesterday but it didn't seem to help my roof as much as I'd hoped.  The ice is still solid on top of the gutters.

I will say that the icicles do look pretty cool. 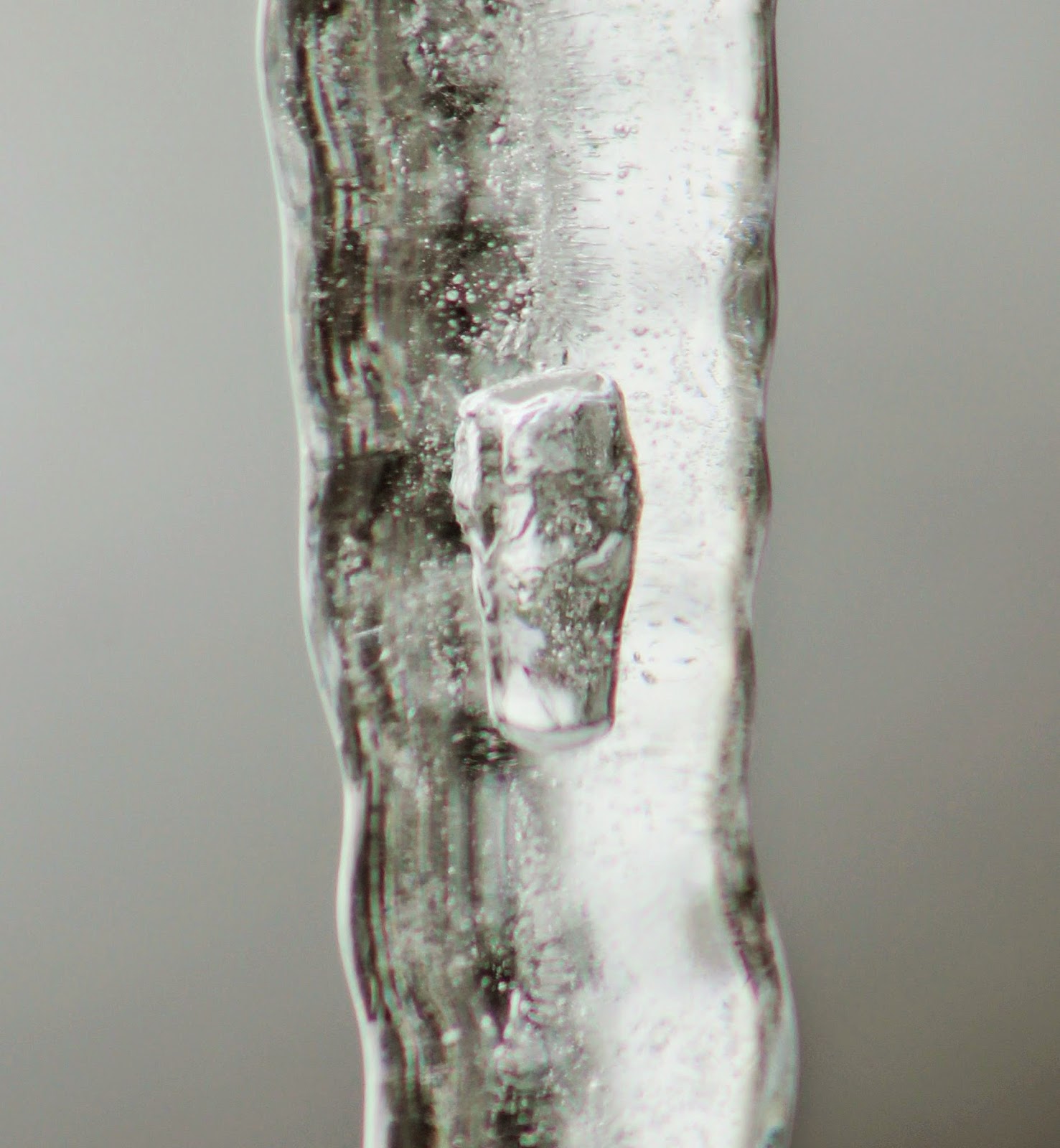 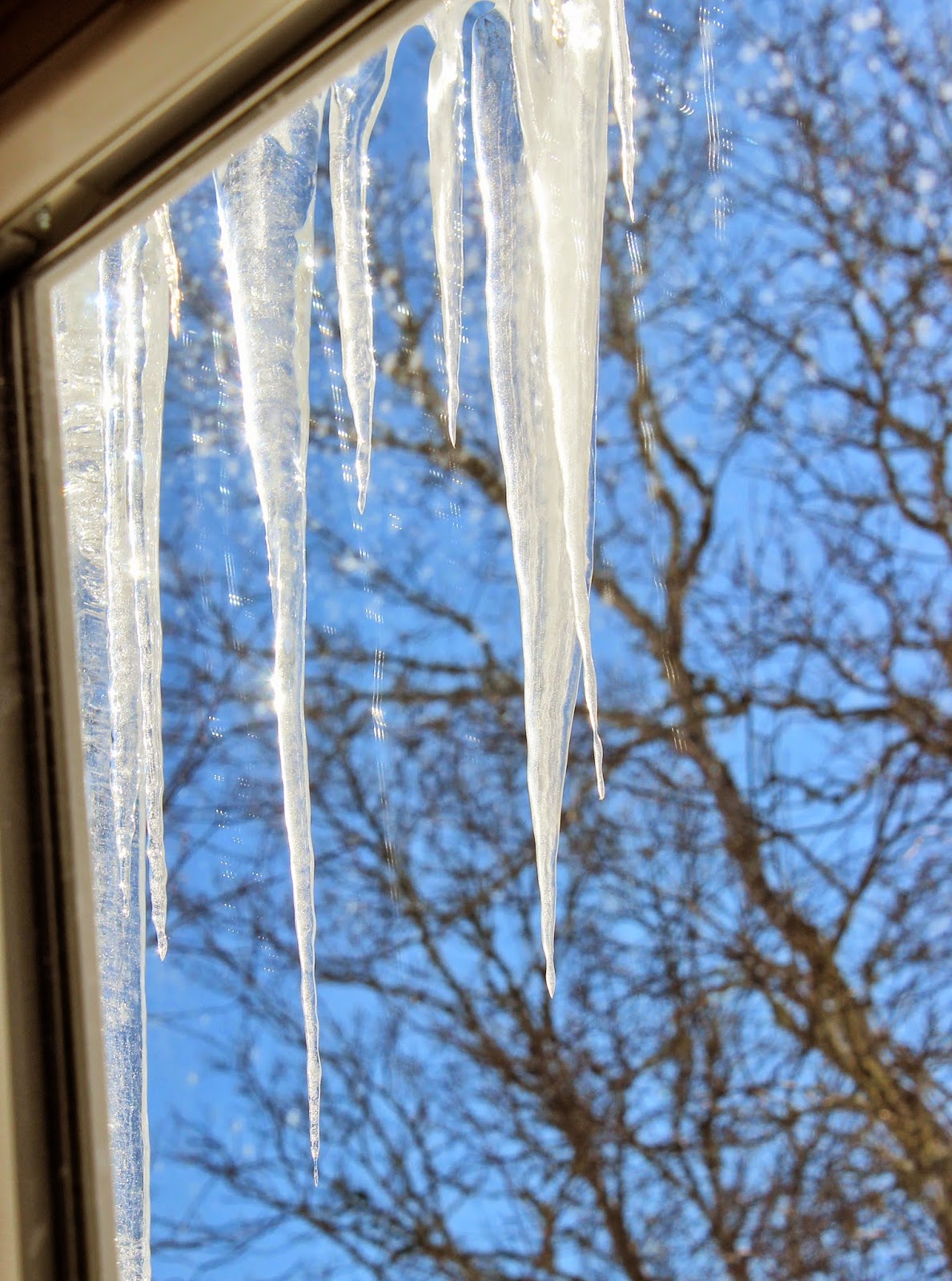 Snow on the rail trying hard to melt. 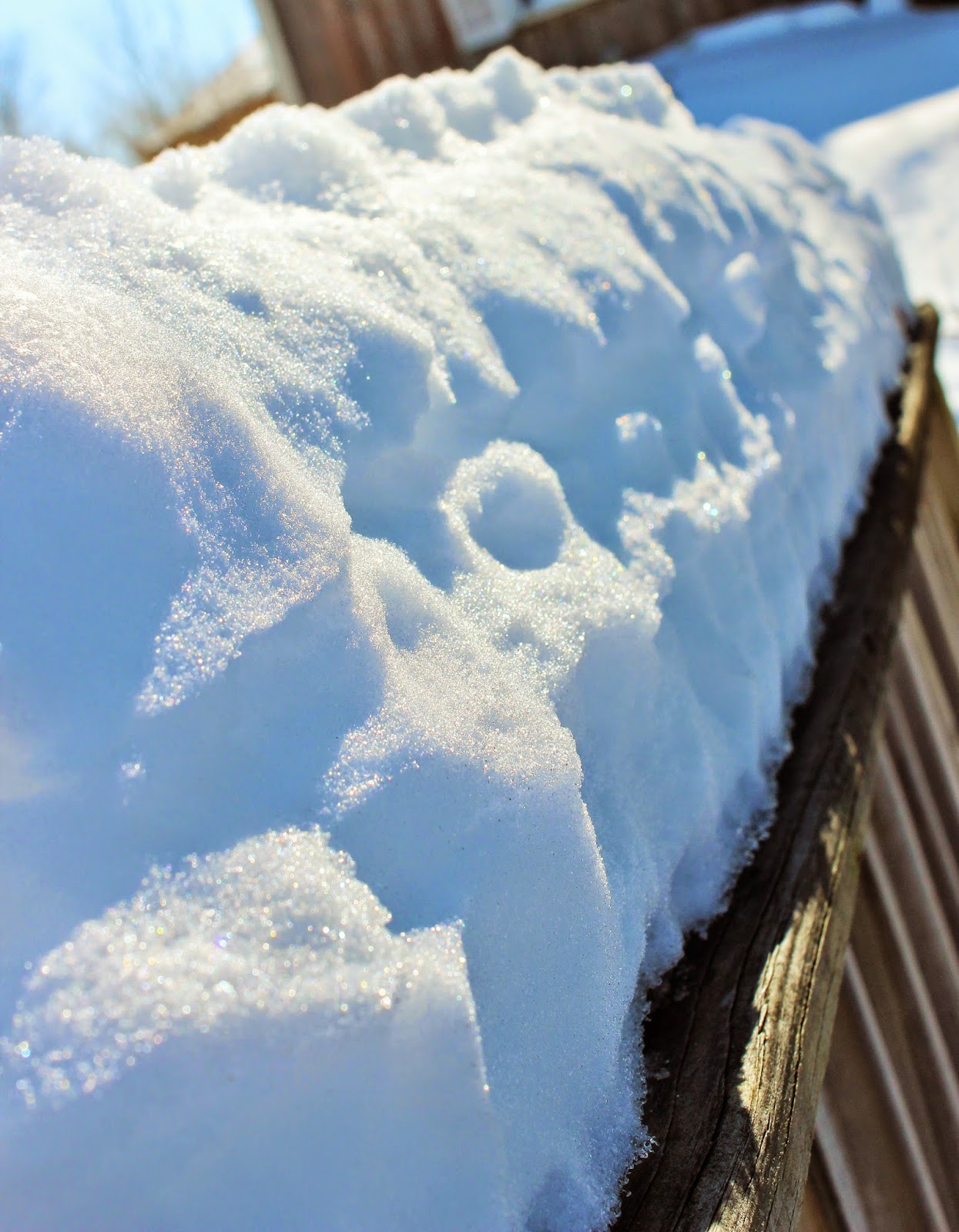 The weather has been hard on me mentally, and hard on the truck too.  My car makes weird noises when it's this cold. It's hard to not be completely lethargic all day long, eyes sliding in and out of focus on the TV or computer screen, hours slipping by as you mindlessly play Bejeweled Blitz.

I had hubs home for a week after the last blizzard and we did what we could to get out a few times for breakfast & errands, or grab some takeout Chinese for lunch on Chinese New Year.  He helped me grocery shop for the house and also for my mom.  He's been really into wanting homemade soups lately so I've been lovingly preparing lots of new recipes, so that I can bask in the ultimate compliment, 'This is yummy, babe. Thanks!'

So with him home last week, and with my back virtually destroyed from all the shoveling, I cross stitched in my recliner with the heating pad on my back.  As is my usual MO with beaded cross stitch, once I get going and the design emerges, I obsess to the point of waking up in the middle of the night to think about where I want to pick up in the morning.  So I cranked out the stitched part and then was finally ready to add the beads which is, of course, the best part. 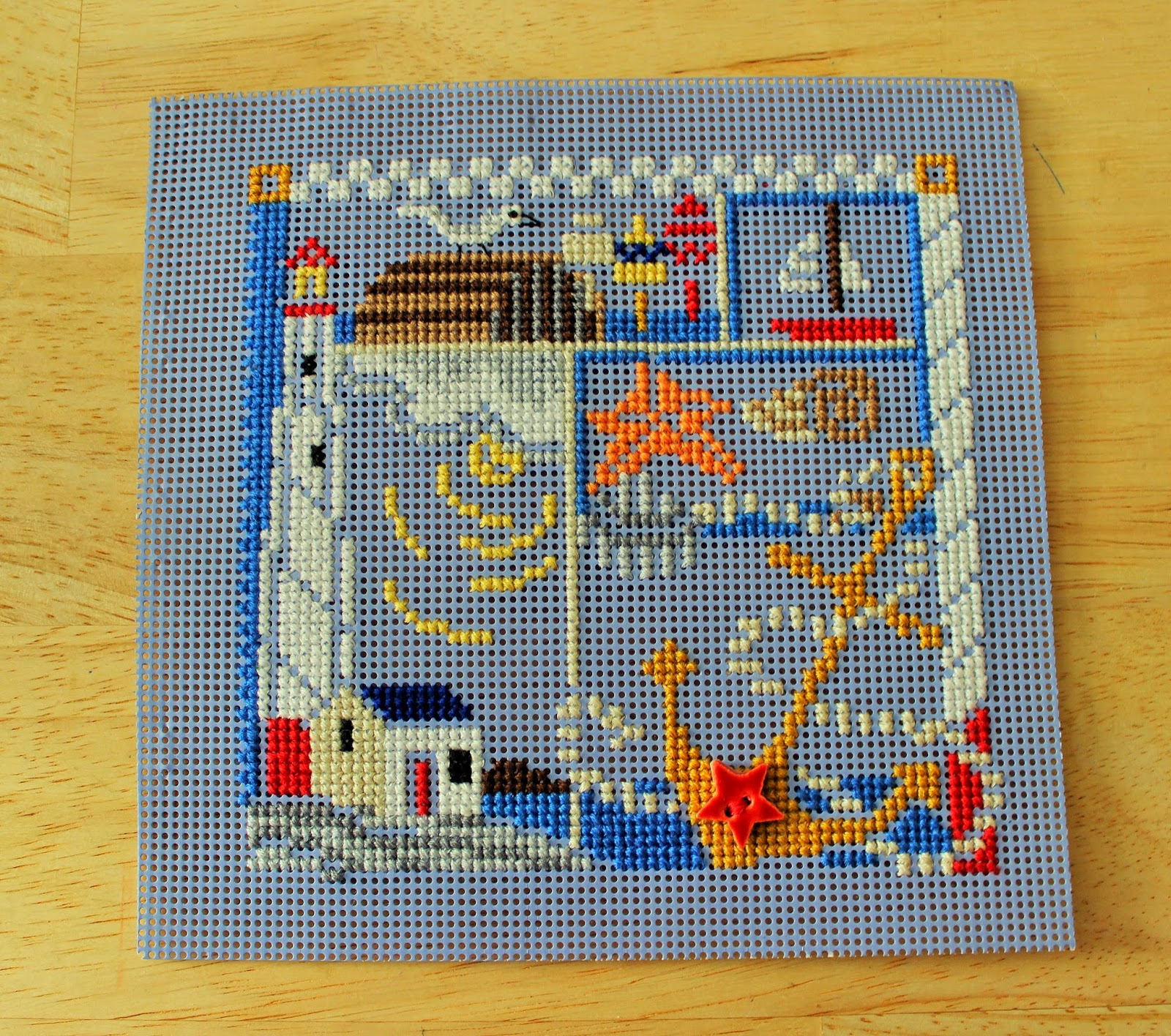 The beads make these projects really pop.  I beaded in two marathon sessions that lasted hours.  I didn't even stop to shower and kept saying, 'just one more thread's worth....just one more colour....' 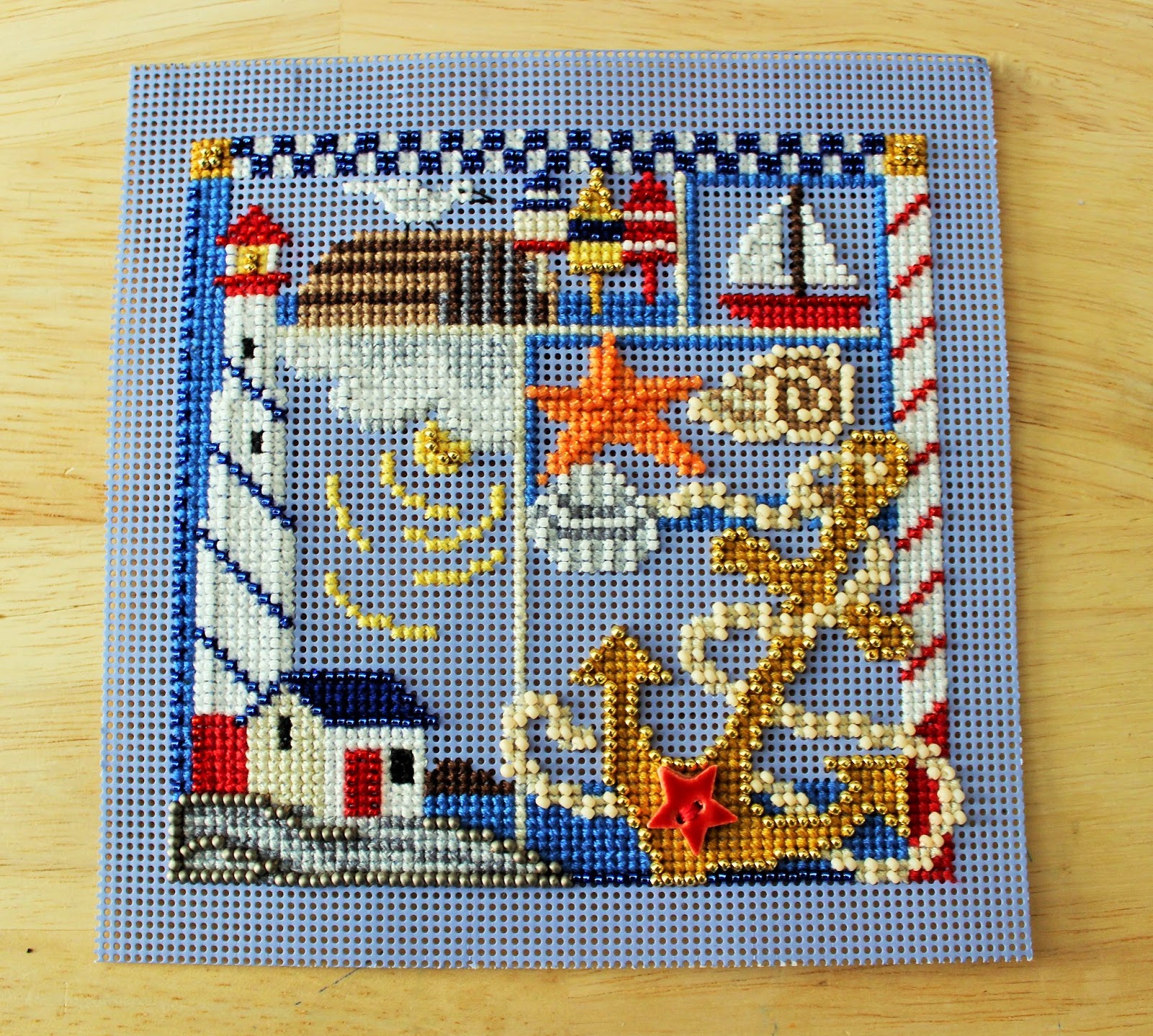 And then these happened.....banana chocolate chip cookies with vanilla frosting.  Cause I woke up and it was snowing....AGAIN.....and dammit, I wanted cookies.  Hey anything to beat the winter doldrums at this point. 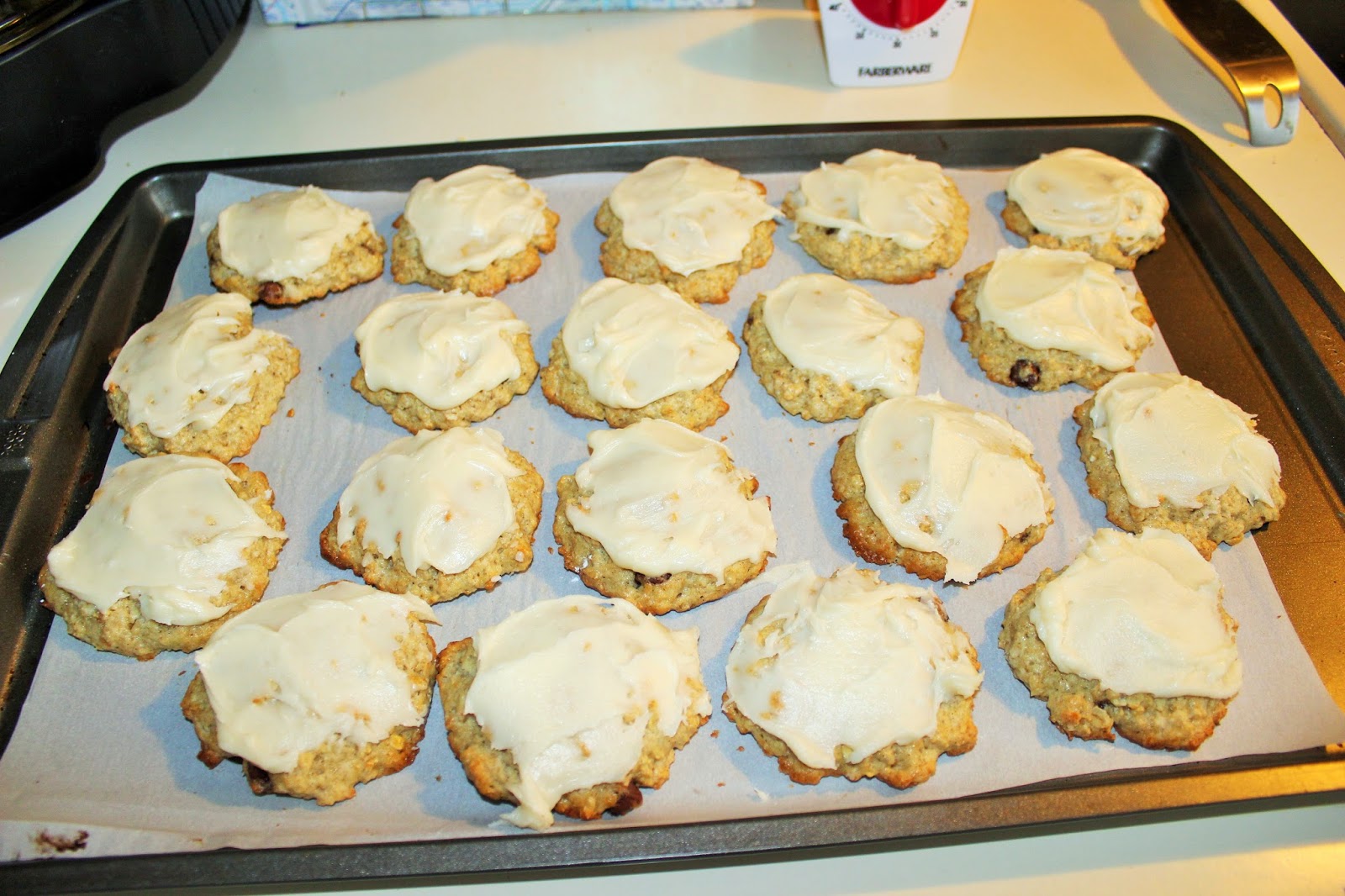