I noticed one day that the tip of Sagan's right ear was starting to flop over.  Couldn't imagine why that would happen and I'd never heard of it happening as a shepherd got older.  It was the same day that I was taking him for a grooming appointment, so when I picked him up, I asked if they noticed anything about his ears.  She said that they were clean and didn't smell like he had an infection, but he did have a squishy bump that was making the one side flop over.  It looks really cute, but of course it had to be drained. 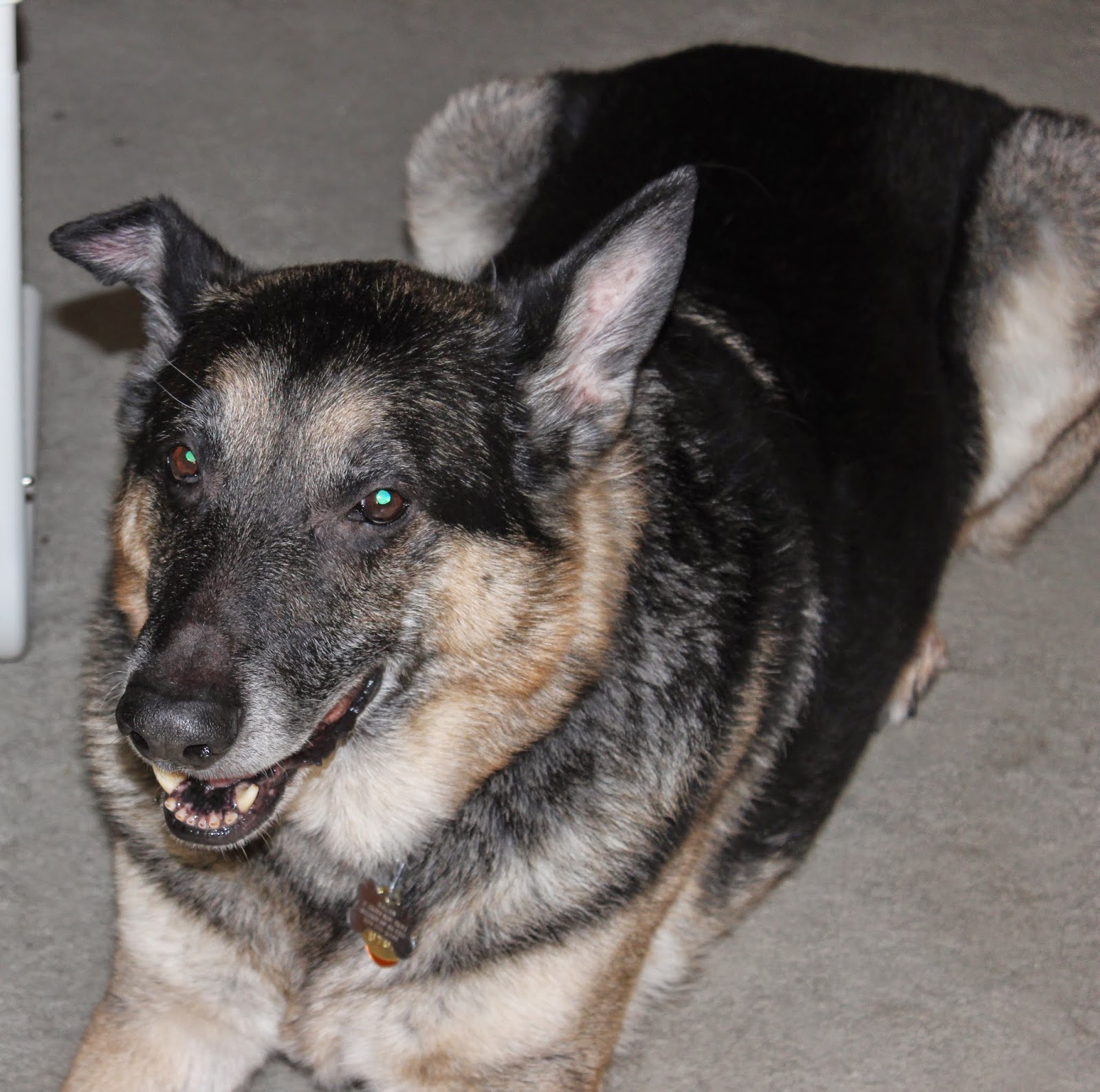 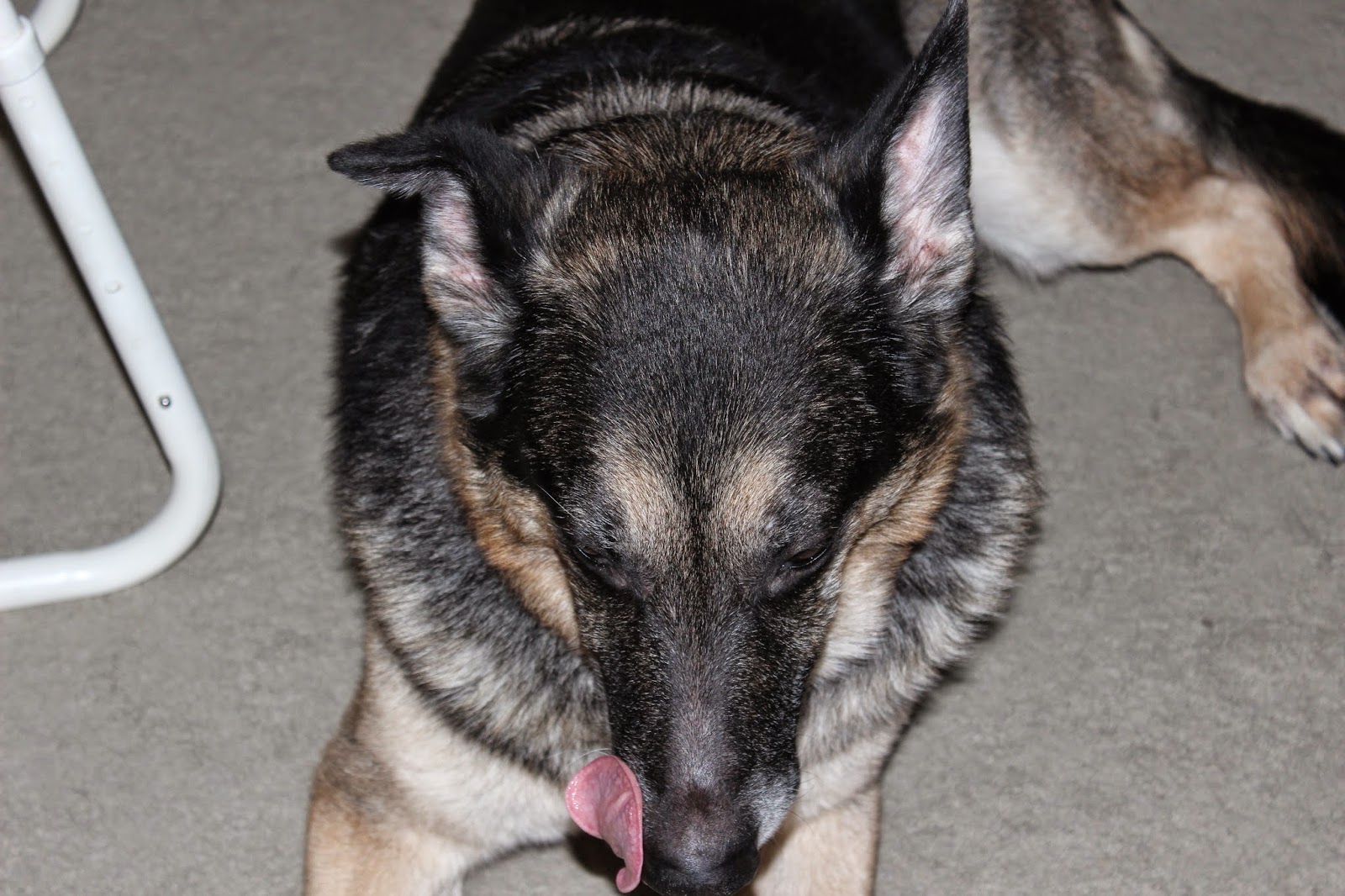 I took him to Shawme Animal Hospital in Sandwich on the 26th....the same day that our blizzard was supposed to hit....to have the bump drained.  The doctor said there were 3 routes we could take.  The most drastic would be to insert a drain for 3 weeks, but he felt that the hematoma wasn't big enough. The second would be minor surgery to drain and then stitch the front and back of the ear together to prevent further blood from accumulating.  The least invasive would be to drain it and give him a steroid shot to prevent itch and infection.  He wanted to go conservative for now and told me to bring him back in if the bump reformed.

Of course I was as nervous as Sagan during the procedure.  2 techs held him down, as he is 85 lbs now, and they put a muzzle on him which he just hated.  But it was quick and soon he was unmuzzled and we were on our way home.

I was concerned that his ear would be permanently flopped over, but by the next morning, it was already back up again. 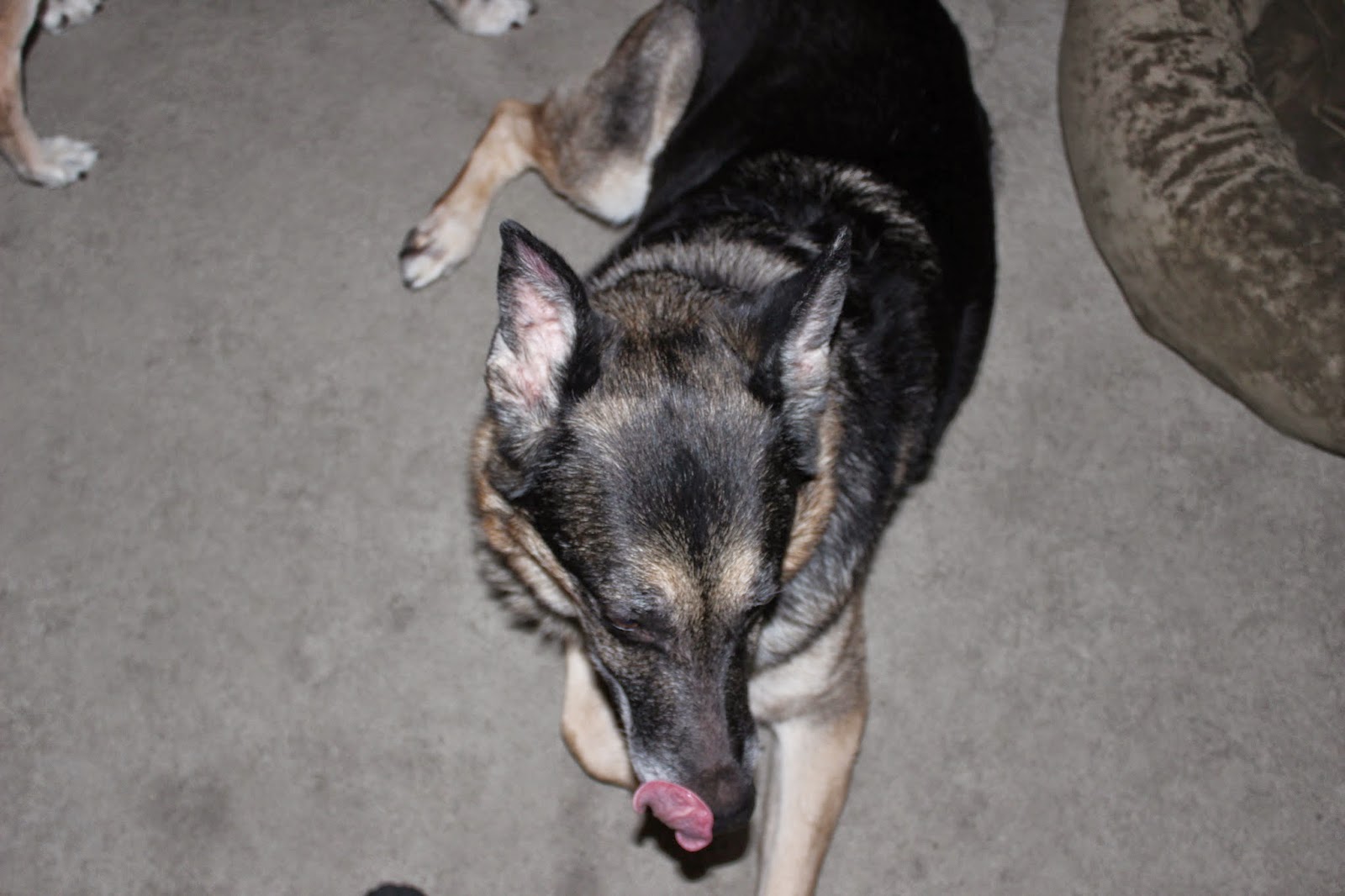 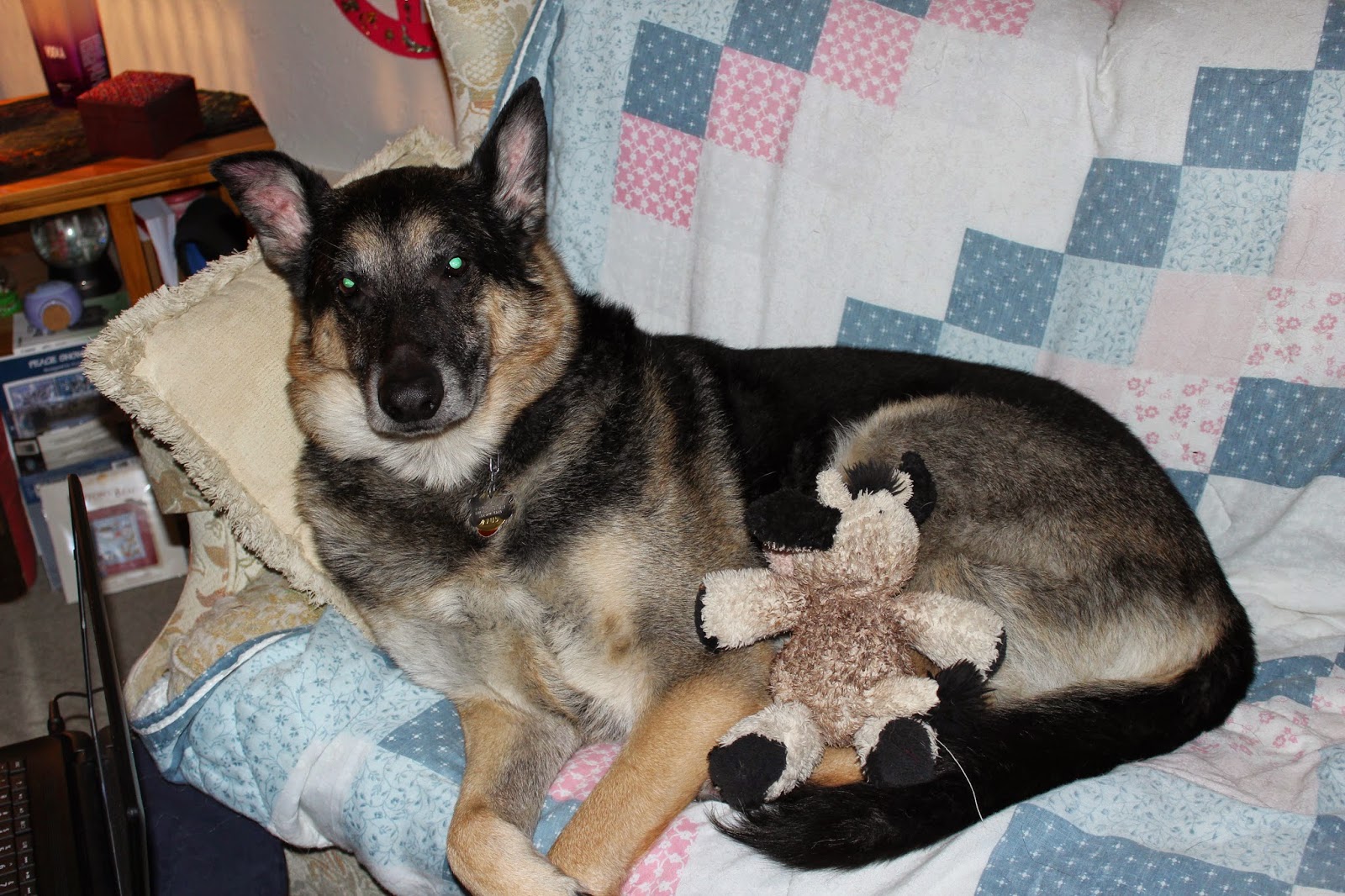 A huge thank you to Dr. Romeiser and the staff for making this a quick and easy appointment.  I highly recommend Shawme Animal Hospital.  Their rates are quite reasonable and the staff is friendly and truly love their patients.
Posted by JoJo at 7:00 AM