So I did the Upper Cape Tech Holiday Craft Fair last weekend.  The view from the school is amazing. That's the Bourne Bridge and Buzzards Bay water tower.  I literally live 5 minutes away.

Another pic from inside the gazebo. 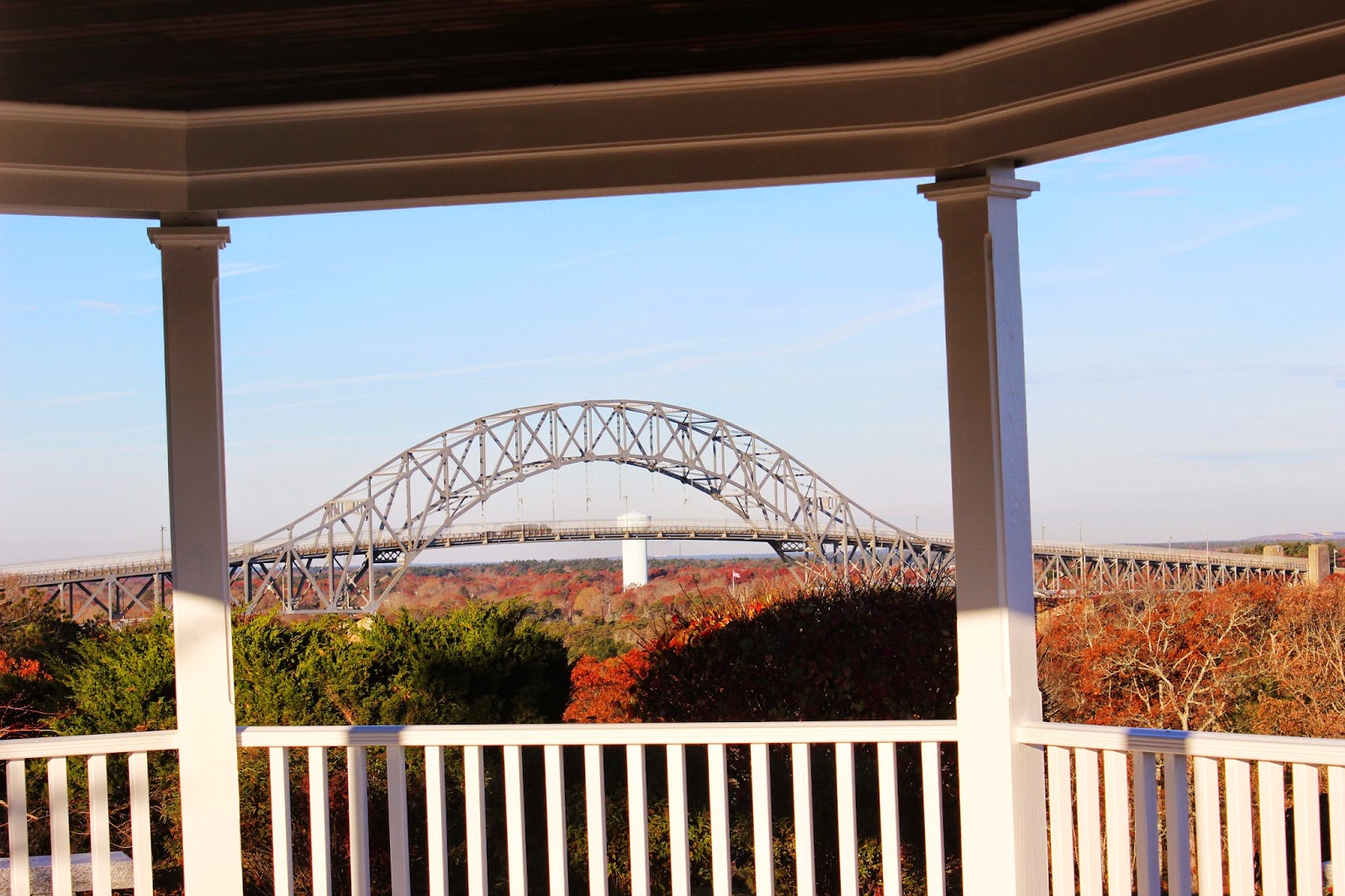 This is a killer mural inside the cafeteria where I was set up.

And my sad little table.  I absolutely hate my displays.   They look so lame.  Truthfully I don't like doing shows.  It takes a lot out of me.  I'm not good at self promotion and saying anything beyond, 'good morning.' Marsha was with me for Saturday and we had a great time....it's much easier to do a show with someone. 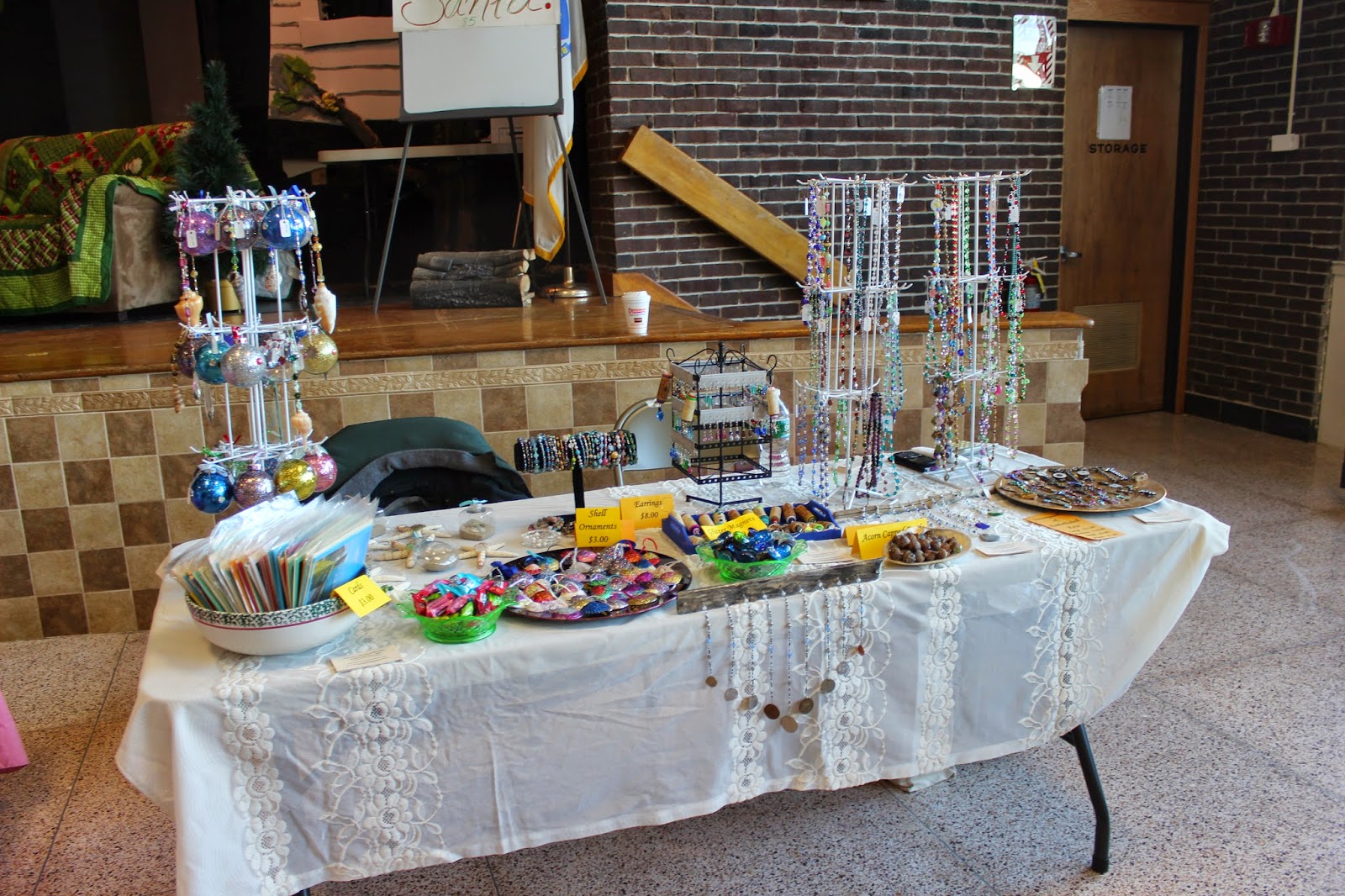 The stage was right behind me and they had face painting and pics with Santa. 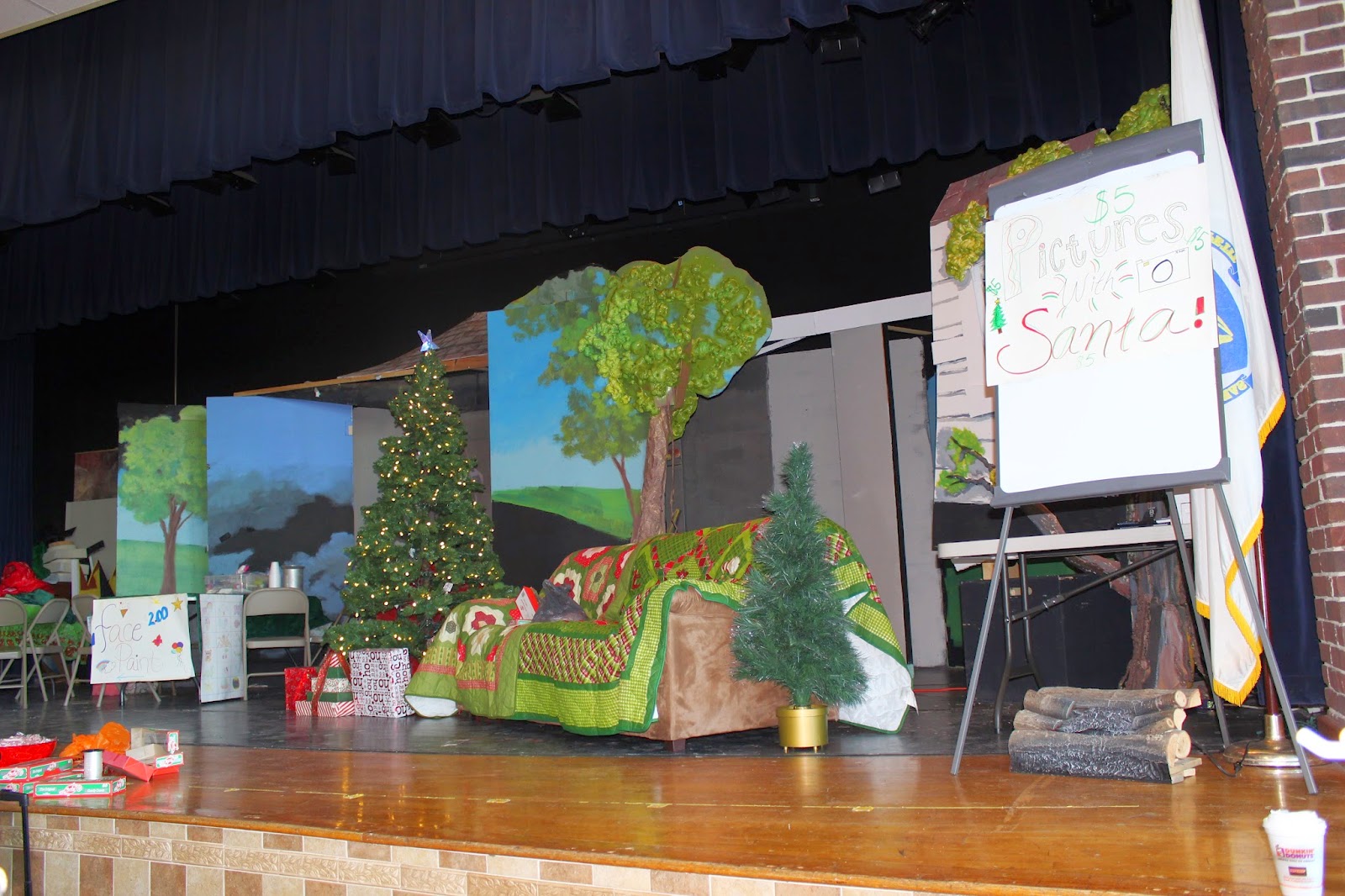 The fair was overwhelming.  It's absolutely HUGE and that was the one complaint I heard the most from both shoppers and other vendors.  A lot of lookers, not a lot of shoppers.  I did better than some of my vendor neighbours.  I marked down a lot of items to make them sell but that didn't help much.  The best part was seeing so many friends from high school, plus women from my bank and my college roomie Ellen & her son came down from New Bedford too!  I truly appreciate the support of my friends so much.  I made back my table fee and a modest profit, but I decided not to sign up for next year.  It's a lot of work and a long weekend.  I think I will just stick to the smaller venue, one-day shows like the Legion.

This is the sunset on Saturday 11/22, through the woods behind my house. 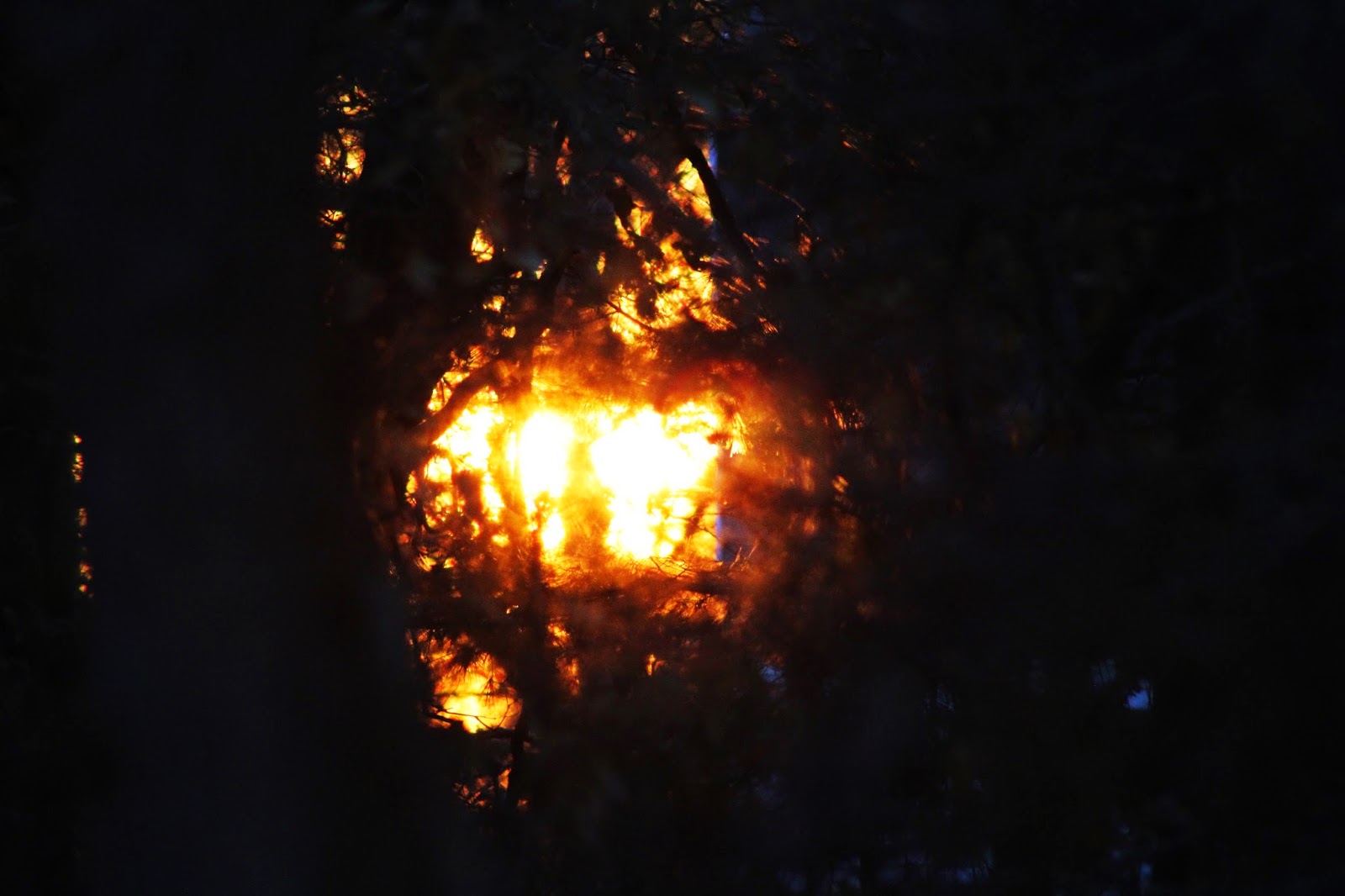 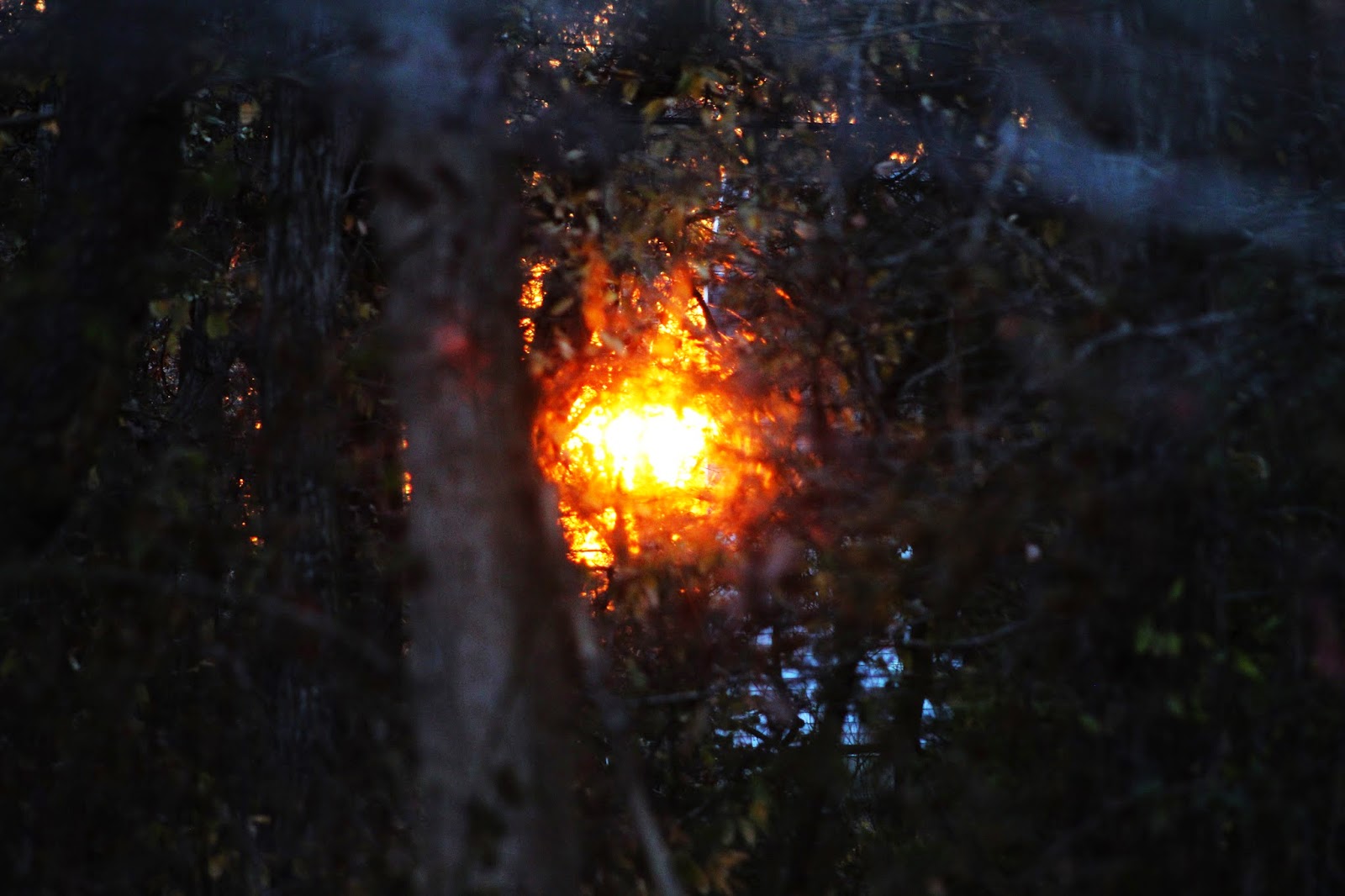