The Time I Met James Coburn

Now that I have all my photos on the external hard drive, I am able to browse through them a lot faster than waiting for the albums to load on Facebook or dragging out an extremely heavy photo album.  So I was thumbing through photos from my Northern California trip to see my aunt & uncle in San Mateo, spring of 1987.  They took me all over the Bay Area, up to wine country, down Hwy 1 as far as Santa Cruz, through San Francisco and over to Jack London Square in Oakland.  It was a really fun trip.

There was one day when I ventured into San Francisco by myself.  My uncle dropped me off at the Caltrans train station in Burlingame, and I rode up to The City in the morning, taking the MUNI bus downtown from the SF train station. SF is a very small city and the public transportation is very easy to maneuver.  I walked all over the wharf, and basically everywhere I'd been the year before on my first trip with Charlene, after I graduated from college.  It was a cool, cloudy day.

I took the cable car back up the hill from the Wharf, changed to the California Street cable car, and rode that halfway down the hill, disembarking at Chinatown.  I rounded the corner onto Grant Avenue (Chinatown's main thoroughfare), I saw a crowd of people and what was obviously some kind of film or TV shoot.  I could not believe my eyes when I spotted actor James Coburn! 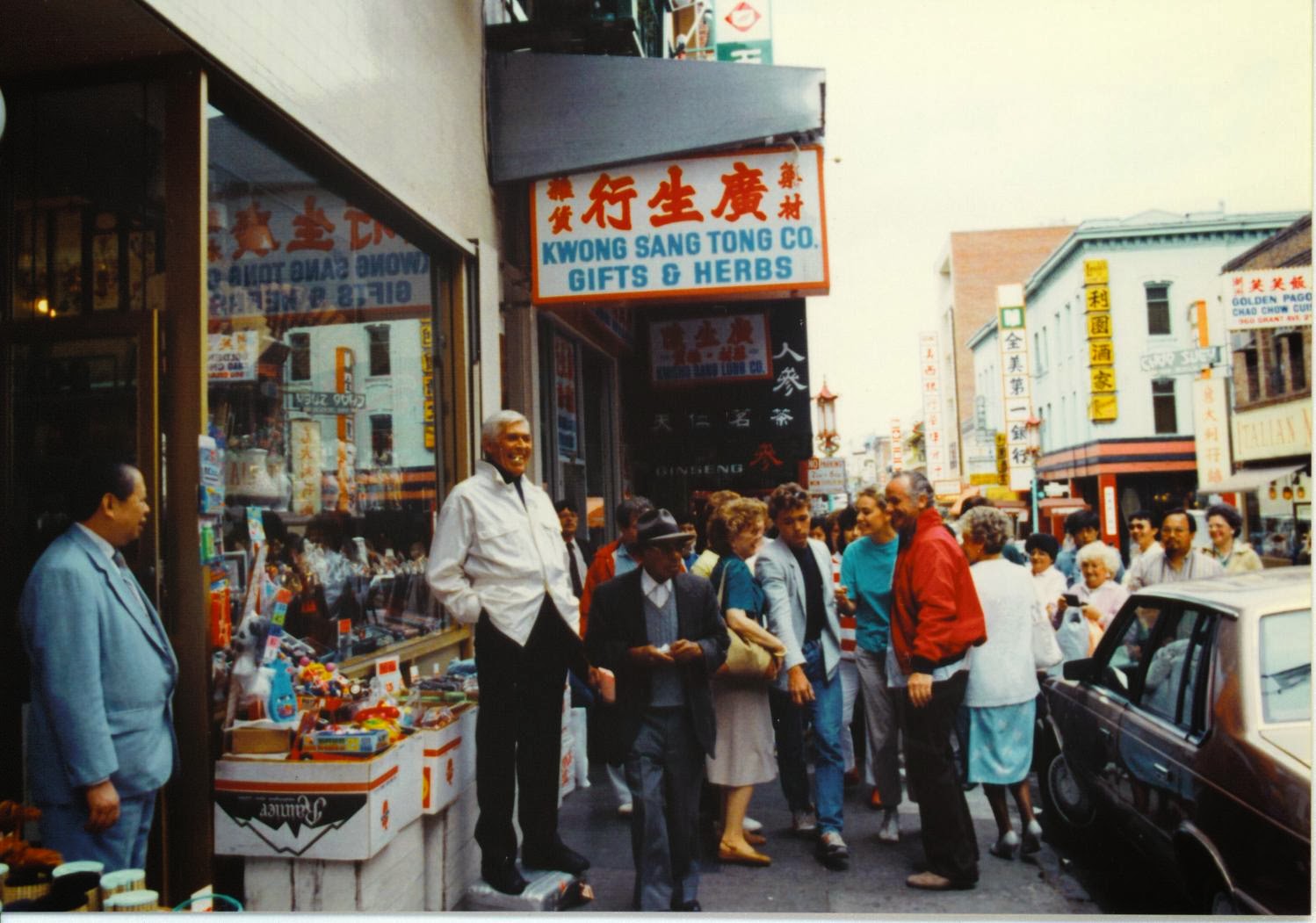 I stood there staring at him and snapped this picture.  All of a sudden, this P.A. guy says to me, 'This is a shoot for a cigarette commercial that will air overseas.  Can you please be one of the people that walks back and forth in front of Mr. Coburn, when the director calls Action?'  Uh, YEAH I CAN!!  So I joined a handful of extras as we walked back and forth in front of him.  Since he was standing on a step stool, it was clear to me that all that would be shown of the passersby would be the tops of their heads but I didn't care.  I mean this was a pretty huge deal for a bumpkin from Cape Cod.  I was already building up San Francisco in my head as Nirvana, Never Never Land, Heaven on Earth, Shangri La, Disney World, Electric Kool Aid Acid Test, home of the Grateful Dead, etc., all rolled into one, and then this happens when I'm on vacation??


After the shoot was done, Mr. Coburn graciously signed some autographs for the bystanders and us. 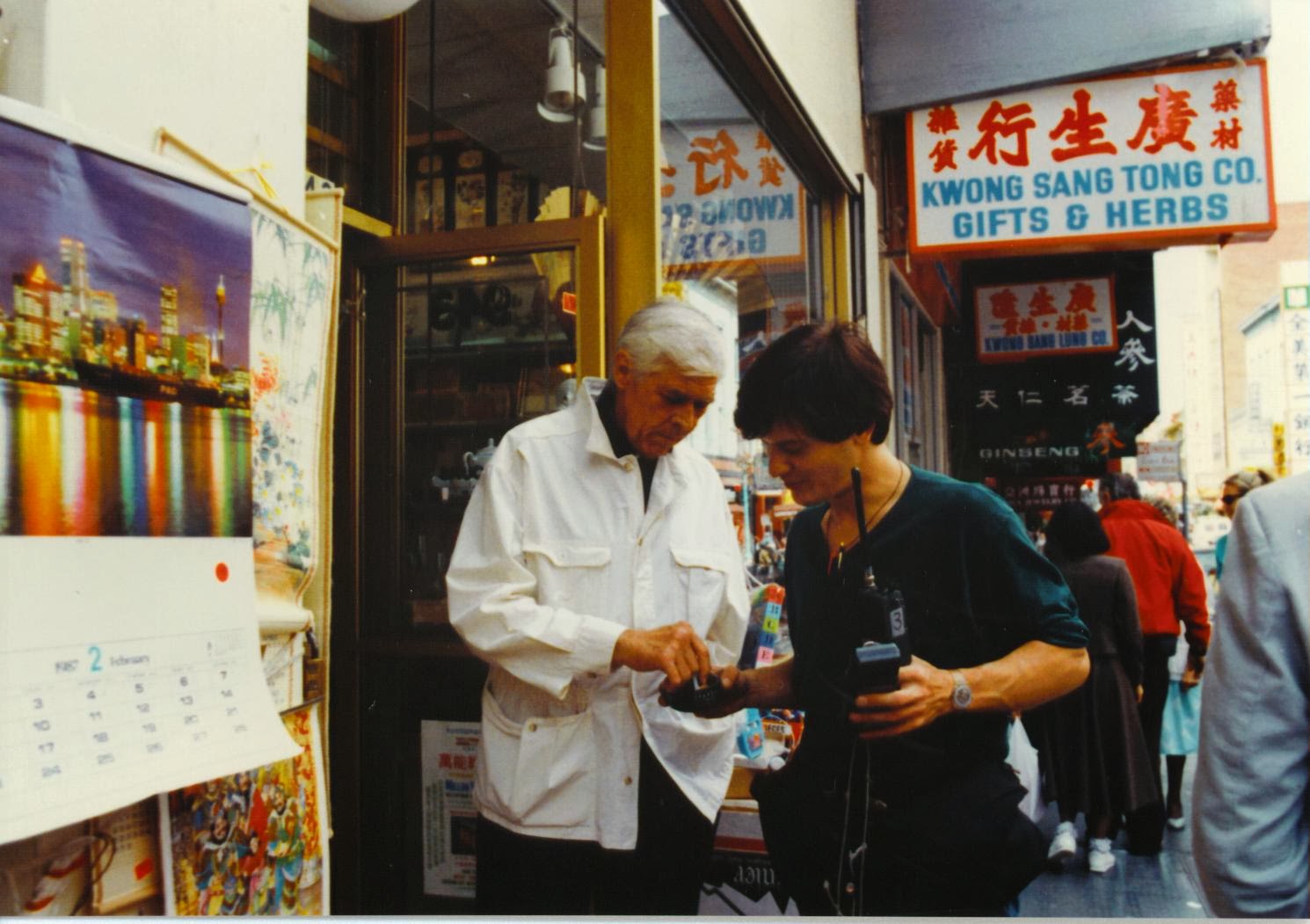 And that is how I met James Coburn. 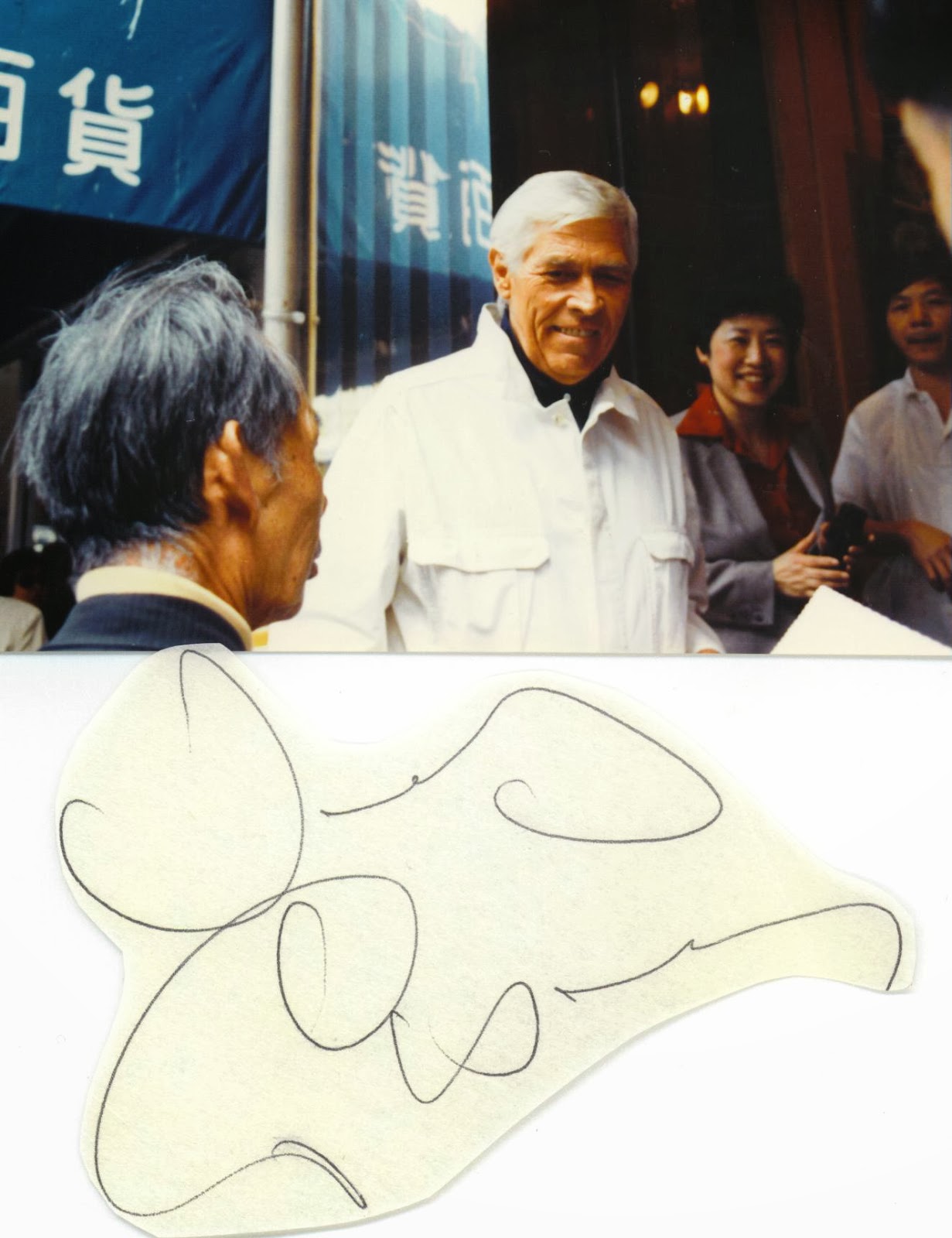