Since I have all those clothespins left over from the candle holder project, I thought I'd try this Pinterest craft. 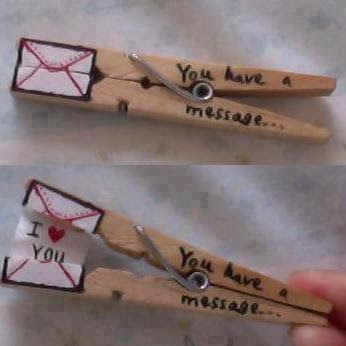 For the most part, I can figure out how to do crafts without tutorials, although I will occasionally refer to them just to make sure I'm doing it right.  I was glad I checked Clothespin Message Tutorial, located HERE, because the instructions were not quite what I'd thought at all.  Still, it looked pretty quick and easy so I knocked one out the same day I did the marble candle holder. 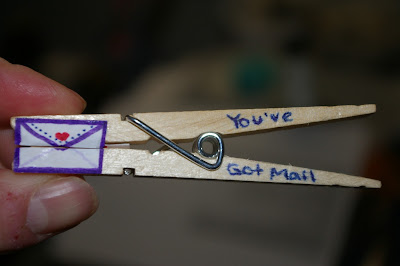 I had a hard time with the folding of the paper and gluing it to the clothespin because of the tiny little flap that has to be glued.  But with a little practice, it would be easy to make several at a time, and could be more ornate with paint, glitter and/or rhinestones. 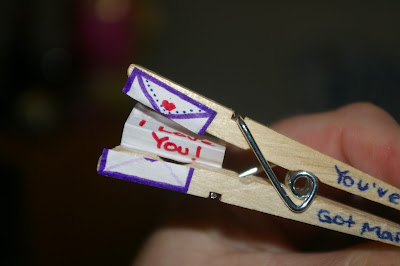 I saw a cute idea to do THIS too.  And with the great white problem around Cape Cod now, thanks to an explosion in the seal population, I thought this was appropriate....in a sick kind of way.  I just knocked this one together in a few minutes as a prototype.  Next time I will use cardstock instead of white paper, and add the gills lines and maybe some teeth. 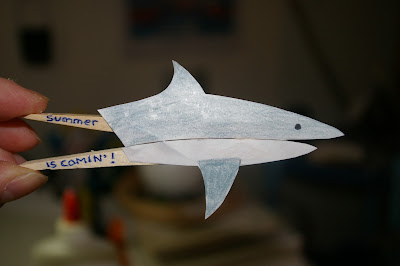 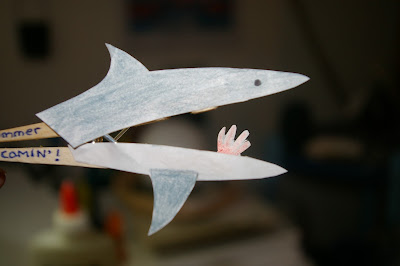