I hope everyone (who had clear weather) had a chance to see the Blue Moon on the night of August 31.  It was the second full moon of the month, and that doesn't happen very often.  It's not actually a blue-coloured moon though.  I probably should have driven over to the Canal or Scusset Beach for the moonrise but I was already in my jammies and relaxing at home with the squeeze, so I braved the mosquitoes in my front yard to shoot from there.  The sun had just set, so the moon came up huge and bright orange!
I took about 12 pictures, in the hope of nailing a good shot.  This is the first one as it emerged through the trees. 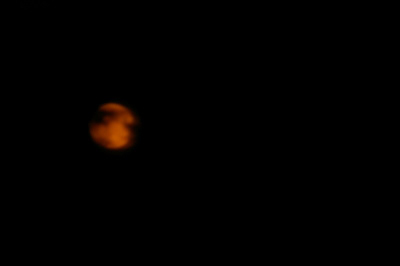 I accidentally shook the tripod when taking this one, and the shutter was open way too long.  Drat. 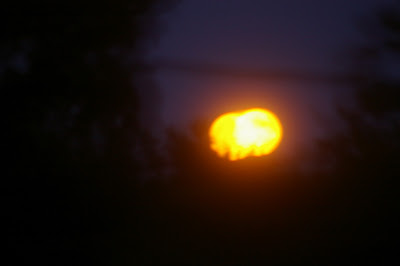 Was more careful about the tripod, but the shutter is still open too long.  I set it on 'bulb' for more control. 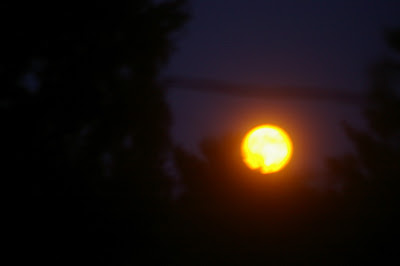 Took about a half dozen of these where it's not zoomed in. 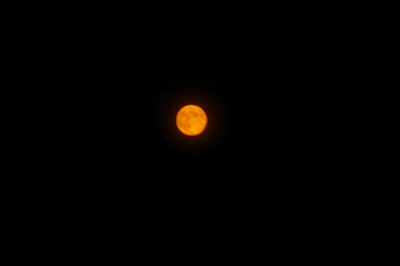 Then I finally got the shot I was looking for. 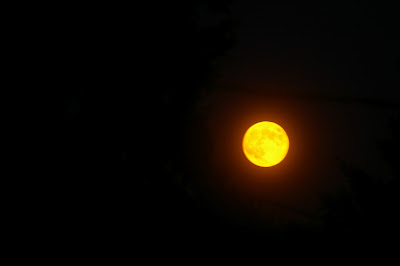 And one more for safety. 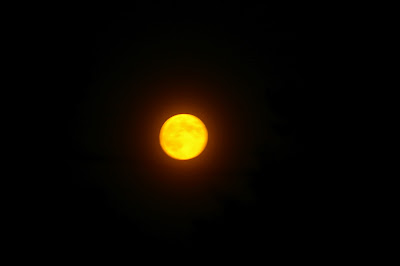