Victoria BC: My Fave Place

My regular readers have lived my various and sundry adventures to Vancouver Island and my fave city, Victoria, BC.  Search the word "Victoria" on this blog and tons and tons of posts and photos will pop up, should you wish to view photos of this beautiful Garden City.
I love to shop, and I have come home from each trip to Vic with tons of souvenirs, mostly made in China - a resin box, a waterglobe, keychains, a toy doubledecker bus, antique beaded purses, etc. etc.  However, I always made sure to also purchase arts and crafts made by local artisans.  Here are some pictures of some pieces I've picked up in Victoria.
This orca whale pendant was made on Vancouver Island.  It was sold on a black cord but I made a necklace for it. 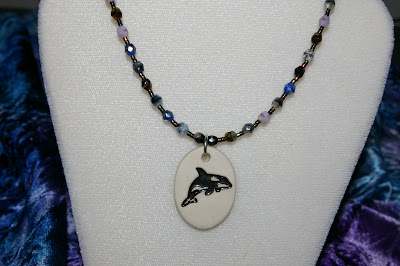 This notecard of the BC Legislative Buildings is called "Night Light" by Blaine Jackson.  I have another of his notecards featuring the Empress Hotel.  I looked him up online and found out that he passed away at age 44, in 1999. 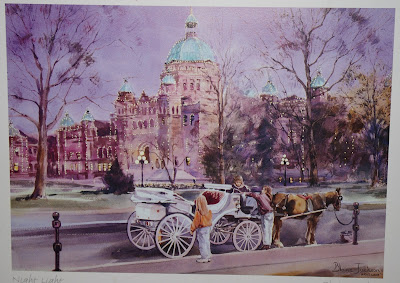 Another notecard of Parliament, also called "Night Lights" by artist Grant Fuller.  I have a second one of his of Butchart Gardens. 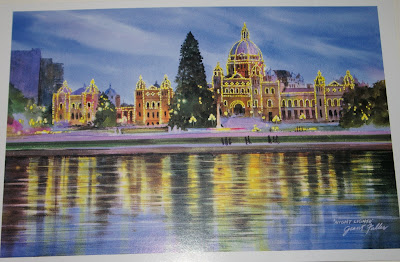 I fell in love with these paint splattered and beaded notecards and bought one, or more, on every trip to Victoria.  They are made by a First Nations Artist on Vancouver Island, but I was unable to locate her name in my scrapbooks. 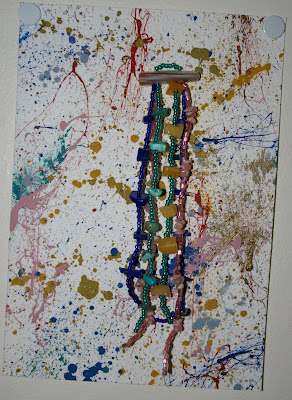 This was the last one I was able to purchase, in late 2010 on what would be my last trip to Vic.  The owner of the store that sold them, Instinct Art & Gifts, told me that she was no longer making the cards, they had been unable to get ahold of her for many months, and this was the last one they had. 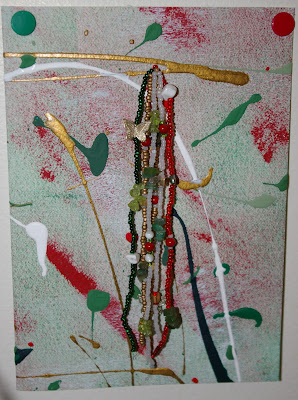 This gorgeous beaded purse is by Liane Mann at Amulet Art.  She had the most amazing selection of amulet bags that she'd made and was selling at the Bastion Square Festival of the Arts.  It was hard to choose just one!!  Sadly, I never saw her there again and her website is gone.  I am so grateful to have purchased one of her beautiful bags. 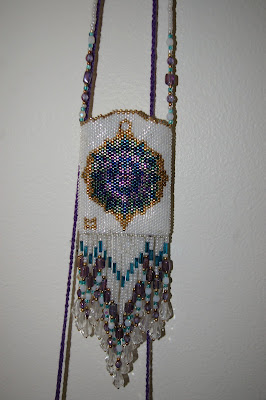 An amazing painting by the brothers at SprayBombs.  I highly recommend checking out the link and watching the time elapsed video of how they create a painting.  These young men have been painting on the Inner Harbour Causeway in the summer for years.  Just like with the amulet bags, I had a hard time choosing one, and decided to go with this orca whale, to commemorate the whale watch I'd gone on a day or so before. 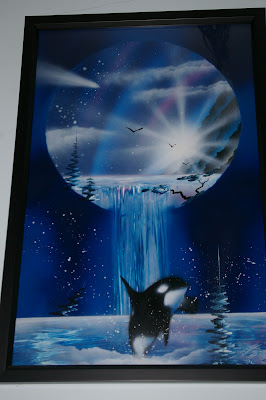 Finally, I was able to find a souvenir t-shirt, actually made in Canada, with a design by Keith Tait, of the Gitksan Carrier Band First Nations of Northern BC. 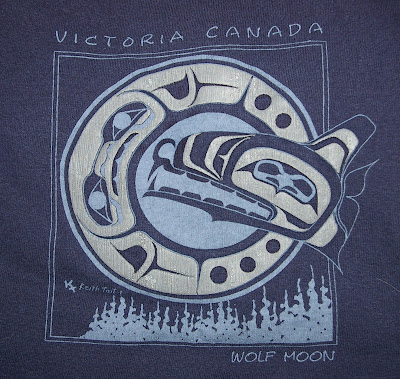 Labels: Blogging from A to Z Challenge, souvenirs, Victoria BC