This was the car I rented.  I chose it because I also drive a Hyundai Elantra, except this one was a wagon.  I wasn't terribly crazy about being given a larger car than the one I'm used to driving, but fortunately the traffic wasn't too bad and I know my way around fairly well.

I may have driven in Canada in the past, but it was always my own car and never one with Canadian plates.

One of my Facebook friends who lives in Victoria said Big Bad John's is a Hillbilly Bar.  Peanut shells on the floor and stuff like that.  I'll have to check it out next time. If you check out the link, you can see a photo of the bras tacked on the ceiling and walls.

I really like this drawing. It cracks me up. 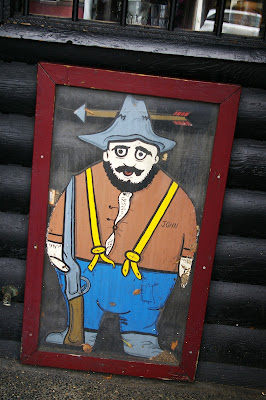 The Sticky Wicket is a British Pub, located in the Strathcona Hotel.  It's a great little restaurant.  Val, I didn't take a picture of it, but there was another red phone booth outside the entrance. 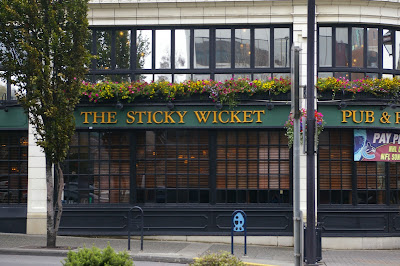 This was a delicious lunch.  Pity I lost it later..... 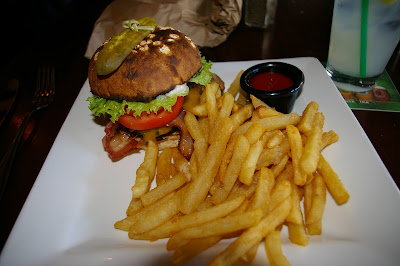 I had to walk up to this funky art/bench installation next to the Queen Victoria Hotel, on Douglas Street.  The info plaque said that it was placed there in 1997.  I first saw it in 2005. 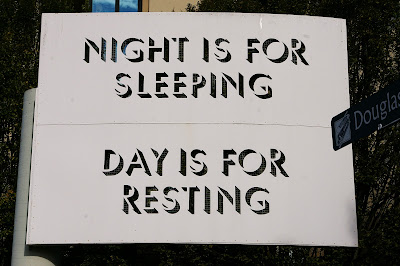 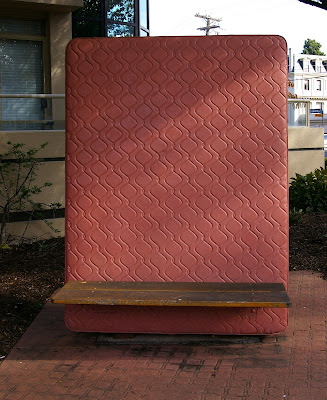 You'll be in for a rude awakening if you flop on this and think it's going to be soft.  It's made of cement. 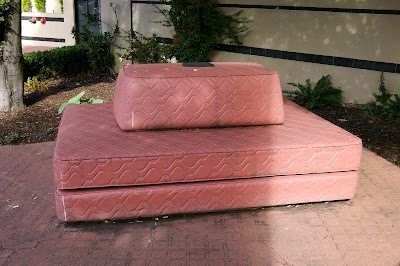 I love Canadian traffic signs.  I don't know why. 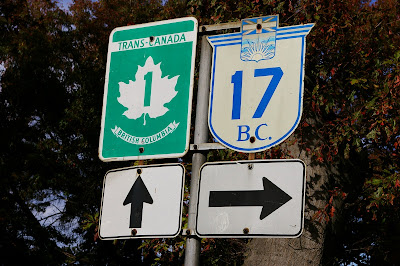 I stayed at the Queen Vic for my 2005 trip on the Clipper.  Great hotel, but a bit of a walk from the ferry. 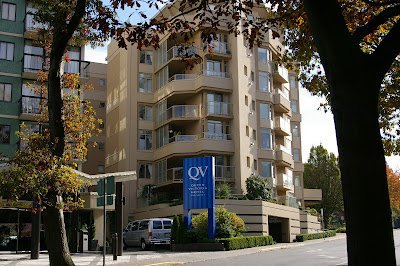 I also like visiting Thunderbird Park whenever I'm in town, as I have always loved totem poles and I admire the time it takes to make them and attention to detail in the carvings.  The only thing is that it's next to impossible to get a decent photo of the totem poles because of the direction they face vs. the shade or position of the sun, no matter what time of I day I visit.  So I apologize for these pics.