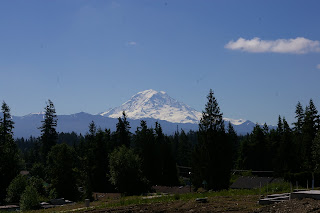 There was an avalanche somewhere up there last week and a climber was killed. 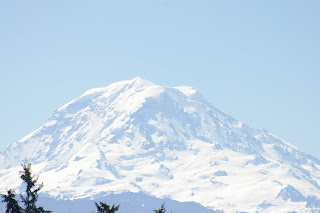 Local seismographs are picking up unusual shaking that seems to be coming from the glaciers. For now they are calling them "ice quakes", because the scientists have never ever seen this before so they don't quite know what to make of it. *Gulp* 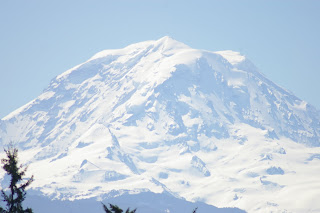 The ice and glaciers can break off even without an earthquake or eruption, and the lahar would be catastrophic. 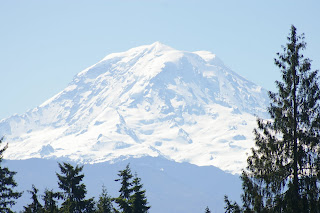 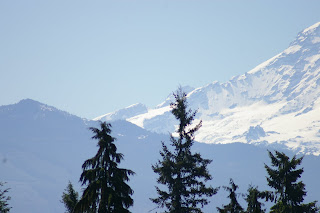 I prefer to refer to The Mountain as "Tahoma", which has always been the 'traditional' name that was changed to "Rainier" by Capt. George Vancouver. Some members of the Puyallup Tribe want to restore the name to Ti'Swaq, after an ancient band of people who lived high on the mountain. Past attempts to seriously change the name from Rainier have failed. 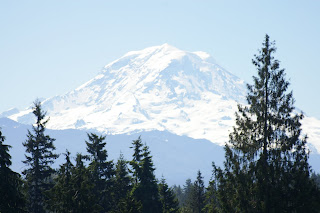