All the news that is news

Or at least all the news that's fit to print.


How was everyone's holiday? Ours was quiet. I didn't put one single decoration out this year. So we just piled the presents in front of the wood stove. I didn't even drag out the stockings. This picture pretty much describes my holiday spirit this year.....or lack thereof. 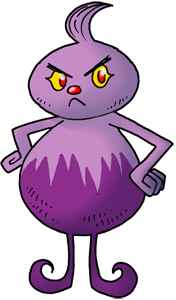 Anywho, we didn't watch any holiday specials either. Not my fave, "A Child's Christmas in Wales", not "Scrooge". No Charlie Brown or Grinch this year. We caught the last hour of "A Christmas Story" on Christmas Eve, and the first hour the next day. Pretty pathetic.

Still, despite the lack of Christmas Spirit, Santa was very good to us. Brian got me a couple CD's (Tom Cochrane's "Mad Mad World" & the first Blind Melon album. Also, "Prince Caspian" and season 2 of "The Partridge Family" DVD's. He also got me the latest Ology book, "Monsterology". Beads, scratch tickets, pretty crystal earrings, a bracelet, a cool multicoloured leather purse w/ tassles and the best present, one of those new digital photo frames that plays a slide show of your fave pictures!!! It's bad enough that I blog and Facebook at work, now I'll be staring at the frame watching my vacation photos. I think I need to get a memory stick or something so that I can take pics off the computer, but right now I can upload them right from my camera.

Brian liked all his gifts too, although I sort of regret giving him the Star Trek Phaser, b/c he's been phasing me for days. I keep telling him he's not allowed to shoot the gifter with the gift, but he does it anyway.

The snow is gone, thankfully. I've had enough of that for the year. We're supposed to get some wicked rain and wind the next few days, which is OK w/ me as long as a tree doesn't drop on my house.

Steve & Deb took this week off, and I'm only here till tomorrow morning, which is fine too. I worked on Sat. and Sun. b/c I missed so much time thanks to the weather. It felt good to get out and use my brain. Unfortunately I'm all alone and saddled with our pain in the ass clients who I just loathe. It'd be one thing if they were paying their bills, but we've been providing what is, in essence, pro bono legal work for them. And it's always the people who HAVE money who don't pay. The clients who don't have a pot to piss in are the ones that send us what they can, even if it means $20 a month for 10 years. Still, it's been pretty quiet and I admit to a certain sadistic pleasure in telling them, "Sorry, no one's here to help you right now". Some actually have the GALL to say, "Well can you call him on his cell?" I get more pleasure out of saying, "He doesn't have a cell phone and anyway, I never bother him when he's ON VACATION." I mean seriously. WTF do they think? He's gonna troubleshoot the problem from New York City? Put on your big boy or big girl panties and deal with it, asshole.

Still no word on that job Brian interviewed for. We're hoping he hears soon. He's still in the running and they like him a lot, but the HR woman at the company went out of town, and the weather has provided additional delays.

I was finally vindicated the other day, by "The Sopranos" of all things. We never saw the original run on HBO b/c we don't get HBO. Brian's been watching the more sanitized version on A&E since he's been off. I've seen a few episodes and it's not too bad.....it's very "familiar", but for the Mafia-angle. More from the NY Italian-angle. My vindication came when Brian told me that he's heard them pronounce "Manicotti" and "Ricotta" as "Manicott" and "Ricott". I grew up hearing and pronouncing them w/o the vowel on the end. He's tried to correct me for years and to this day I still stutter over it, 'Manicott...cotti". In fact, my family refers to ricotta cheese as "pot cheese". Imagine the look on the grocer's face when I went in and couldn't remember the name "ricotta", so I asked him where the "pot cheese" was. I had a total mental block on "ricotta". He's looking at me as though he though I had 6 heads. "Pot cheese? Pot cheese? I've never heard of it!" I said, "You know, the cheese they put in ravvies and lasagna". I think the "ravvies" also threw him. Sorry, "ravioli". He took me back to the cheese aisle and helped me look till I recognized the name "ricotta". He laughed sooooo hard. "I've never heard anyone call it pot cheese" he says. I'll have to defer to my older cousins, but I believe it was kept in a pot. Hence the name. Bobbie? Cookie? Help me out here.

We have no plans for New Years. It's sort of a depressing day anyway. I always thought that Labor Day should be New Years Day. January 1 is so dull. I'm sure I'll have Pepper trying to crawl on top of my head, shaking and panting when the fireworks start at midnight.

Well, I should probably think about getting started on this horrid project Steve left for me. It's bad enough that I'm very bad with numbers, but I also woke up w/ a splitting headache today. I leave you with some photos of the Harbin, China Ice & Snow Festival. What I wouldn't give to see this in person!!!

Have a great and safe New Year, and I'll catch you all on the flip side. Here's hoping 2009 is a better year for everyone!! 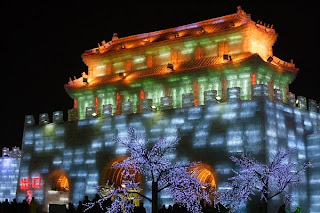 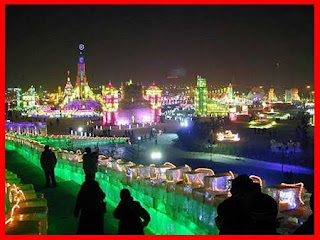 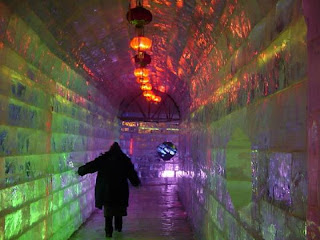 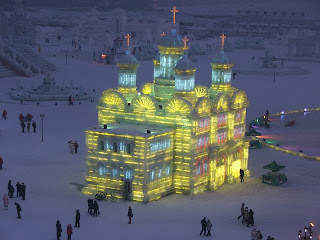 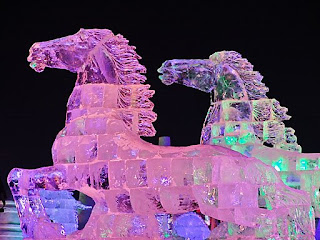 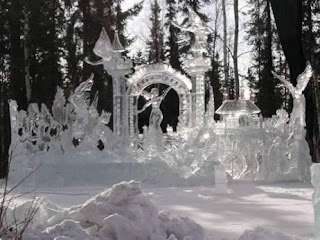