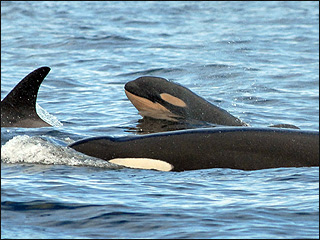 I'm absolutely over the moon to hear that the above baby orca was born two weeks ago to L-Pod, which is the pod of whales that I got to see when I was in Victoria. I am especially thrilled that he/she was born so close to when I saw his/her family off San Juan Island! The marine biologist identified the whale I saw, below, as "L-41/Mega", who was born in 1977. Maybe he's the new baby's father, cousin or uncle!! 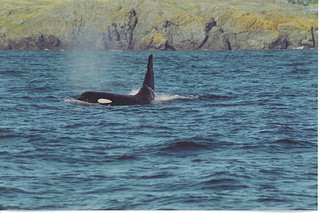