Now that the lawncare/landscaper people dealt with our backyard, we are more inclined to go out there and play with our furkids. Here's Sagan in one of his fave places, a little hollow he dug under the sequoia. Last summer we were outside in our skychairs while the dogs ran around. Sagan had been in this spot for quite awhile. After he finally got up, Pepper went over and was sniffing around where Sagie had been laying down. Just as we remarked how cute she was for sniffing around where her brother was, perfectly on cue she squatted and took a leak right where Sagan had been laying. We both busted up. Couldn't believe she did that. 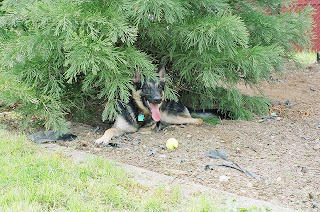 What a handsome boy!!! He's come a long way from that skin-and-bones, starving to death 9 month old. He turned 2 in March and he's around 80 lbs. now. 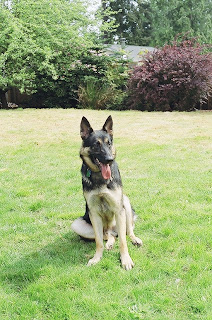 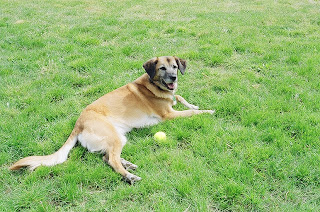 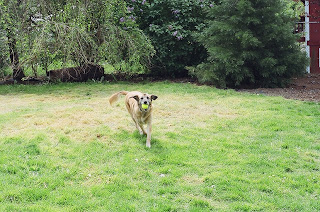