Although I certainly don't have as many records as a lot of people I know, I have made it a point to collect really unusual stuff. Old friends will remember my extreme fondness for coloured vinyl and picture discs, and our shopping expiditions to Newbury Comics in Boston to score those rare finds. I have several 33-1/3 sized picture discs & coloured vinyl albums as well, but those are too big to scan.

Once in awhile, a small record store in Hyannis, called Wave Records, would carry some of the coloured vinyl, but for the most part, we had to go up to "the big city" to get them. By the way, these really do play, although they look weird spinning around on the turntable.

Here are a few of my most treasured picture disc 45's:

Here's one for Bryde: Toto's "Africa", b/w "Rosanna" (which has a picture of Rosanna Arquette leaning against a brick wall that has a Toto poster on it). 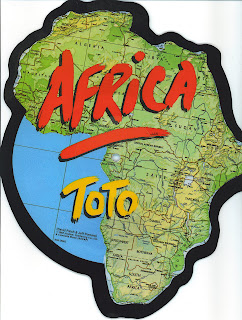 This one was a total score: A green vinyl Turtles EP, called "Turtlesized", which contains on side A, "Happy Together" & "Outside Chance" and on side B, "Eve of Destruction" & "She'd rather be with me". 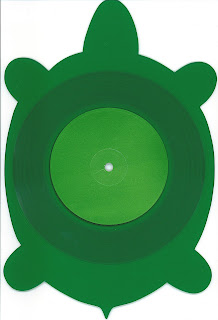 Men at Work's "It's a Mistake"....which my bff Michelle and I bastardized into "it's a moose steak", since we were in college in Maine at the time this tune came out. 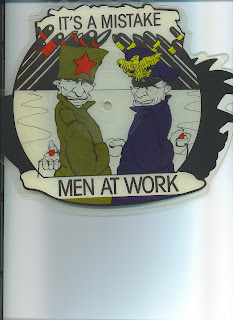 This one I scanned especially for Liz, as a "blast from the past": Jane Aire & the Belvedere's "Call me every night". She was married to Pete Briquette from the Boomtown Rats, which was our fave rave band. Liz & I had a radio show together on our high school radio station, WSDH, and we played punk rock and new wave. The booth had windows that faced out into the corridor of lockers & was across from the library. It used to really freak kids out when they'd walk by and see this spinning face on the turntable, since none of them had ever seen picture discs before. 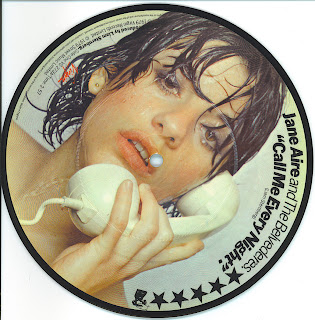 I just had to include Kajagoogoo's "Hang on Now". Oh what a crush I used to have on Limahl and Nick Beggs. What was I thinking? 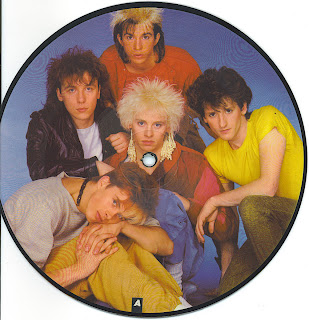 Ya gotta love Captain Sensible, although "Jet Boy Jet Girl" was not exactly suitable for radio airplay. The flipside is "Wait for the Blackout" by the Damned. 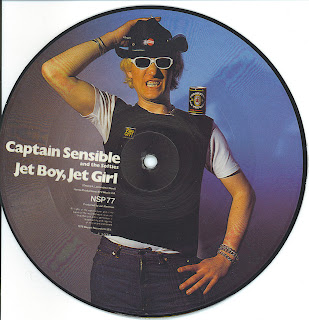 One of my all time fave songs from the 80's, "Hymn" by Ultravox. 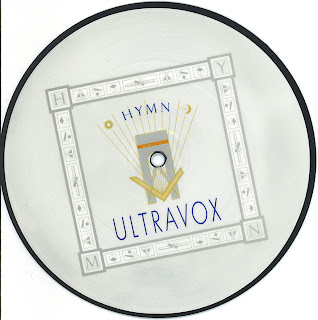 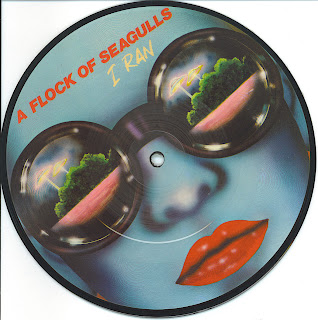 And another of my alltime fave 80's new wave/electronica bands, OMD, & the 45 of "Telegraph". 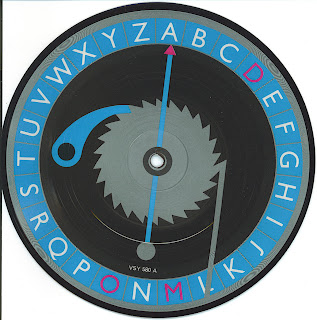