The last of the B&W's

Some of these scanned kind of crooked, despite my best efforts to get the lid shut before they slid!! 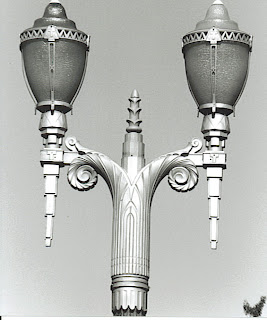 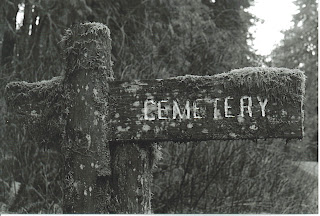 Quinault, WA - 2005 (the cemetery itself was very small but very picturesque and peaceful) 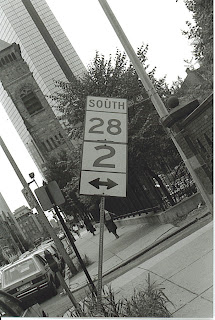 The sign had been knocked askew, but I decided to frame it to make Boston look crooked. 1985. 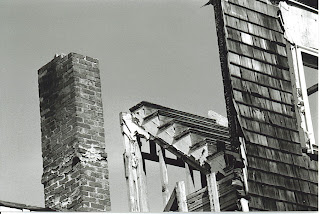 Nantasket, Massachusetts - 1988. I call this one "Stairway to Heaven". 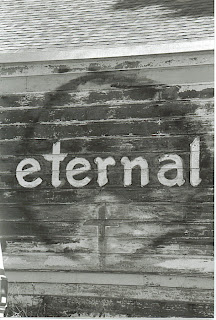 This was painted on an old, run down building in West Berkeley, CA - 1996. 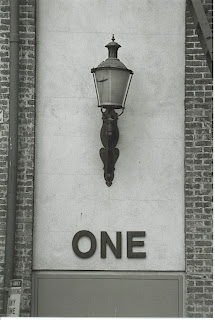 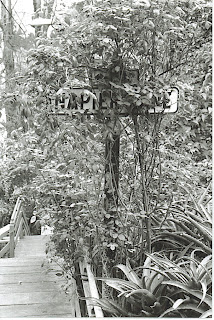 Napier Lane, San Francisco's only wooden street, located on the back side of Telegraph Hill - 1995.
In the wild Barbary Coast days of the late 1800's, stories are told of men being lured to the cottages on Napier Lane by ladies of the night and drugged. They'd wake up well out to sea on a ship headed for the Orient. Thus, the term "Shanghai'ed" was born. The tourists have no idea that this part of T-graph Hill exists. 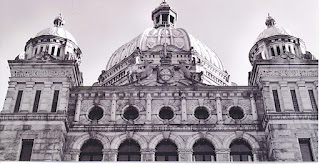 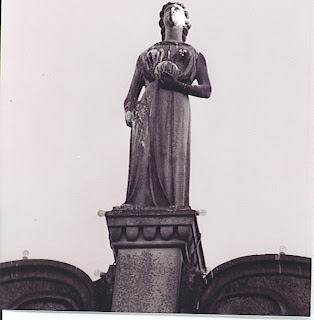 I loved how the sun was hitting the side of her face, but I confess, I don't know who the statue is supposed to be. It's on the top of Parliament in Victoria. I have another photo of this same statue, but with a seagull on its head, so the statue is looking up at the bird, as if to say, "please don't crap on my head!" Unfortunately, I think that ship has sailed.
Posted by JoJo at 9:22 PM