Canine Fest 2006 was held at the Puyallup Fairgrounds this weekend. We took the "kids" yesterday. It was a very cold, foggy day so there weren't a lot of dogs and their people out and about, but we still had a good time and Pepper & Sagan enjoyed all the extra attention, pets and meeting new doggie friends. 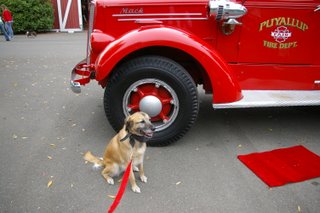 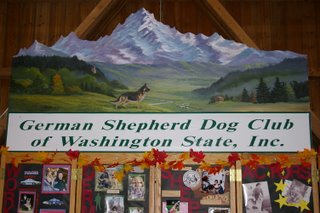 I probably should have saved the pictures to my computer first instead of downloading them from my camera because I have no way of rotating the picture in blogger. Oh well. Sagan still looks smart in his Halloween bandana. 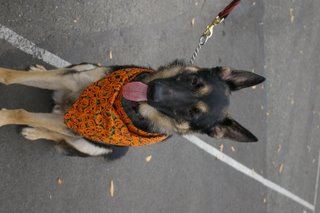 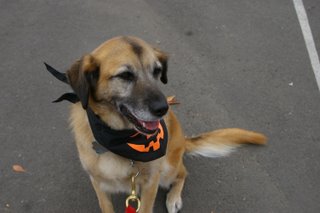 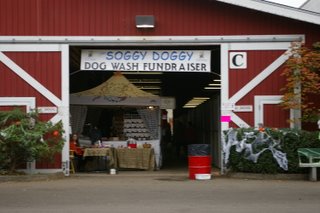 We were unprepared to have either dog attempt to jump into the water to fetch a toy, but next year we'll bring towels. The dogs that were jumping had a blast and I can totally see Sagan diving off enthusiastically. I'm not sure Pepper will jump; she doesn't like water very much, including rain, although she did get herself completely soaked when we took her to Cannon Beach in Oregon last year!! 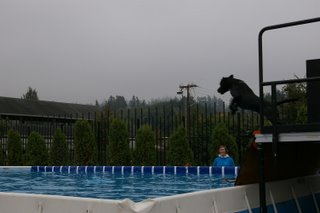