What a great show!! 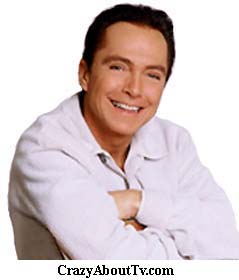 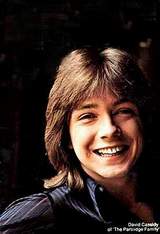 I have to admit, I wasn't sure what to expect from David Cassidy, after all these years, but the concert on Friday was outstanding! I was so afraid that the show would be lame and I'd kick myself for ruining the fond memories of my youth. Boy was I wrong! The only thing missing from the show was my 2 cousins, Sharon & Diane. I wished so much that they were there with me, singing along like we used to when we were 7 & 8 years old. I nearly called them on my cell and held up the phone, but they are on the east coast and probably would not have welcomed a call so late at night.

David's still extremely hot. For a 56 year old man, he still has all the moves that made young women scream and faint in the 70's; as it is women were screaming, "I love you David" and passing him their phone numbers!! He's an excellent entertainer, and really knows how to work the crowd. He was funny and self-deprecating, yet sincere in his appreciation for the fan support all these years, which endeared him to the crowd immediately. You just can't not like the guy. David opened the show w/ Deep Purple's "Hush" which was amazing, then he sang a whole bunch of great Partridge Family songs, as well as 2 Beatles covers and some of his solo stuff. He played both acoustic and electric guitar, and paid a lot of attention to the fans in the first 2 rows. I suppose I could have edged up myself and perhaps gotten a hand shake or hand slap, but I just couldn't make myself do it. Hopefully my photos turned out!!

I'm off to Vancouver on Wednesday. Catch up to everyone later!
Posted by JoJo at 4:50 PM