Too much of everything is just enough

Things of which you can never have enough photographs: 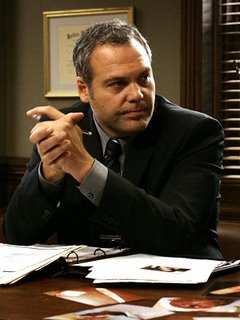 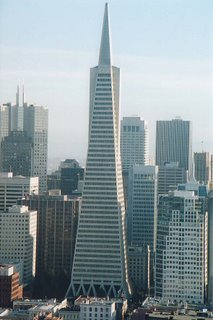 The first photo needs no introduction.

Next up we have the TransAmerica Pyramid in San Francisco. I have about a zillion photos of it from different angles, streets and hills. It's gotten to be a running joke with friends & family.

These two photos are of The Empress Hotel and British Columbia Legislative Buildings, in Victoria, BC. The last thing my hubby said to me before I left for Victoria last summer was, "try not to take a thousand rolls of film of the Empress and Parliament!" OK, so I was in Victoria for 24 hours and I shot 8 or 9 rolls... Both buildings are architectural wonders and lend themselves to both colour and black and white photos. Parliament is a wonder all lit up at night. I have sat on the wall at the Inner Harbour and looked at both buildings for hours. 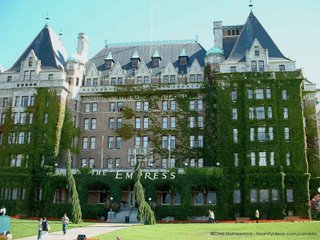 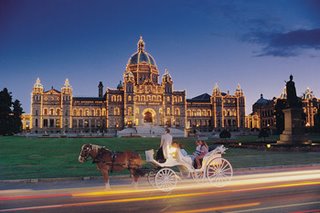 I never get sick of looking at the Golden Gate Bridge. Even after we moved up to Marin County and I continued to commute to San Francisco by bus, I never stopped noticing what a beautiful bridge it is, especially when you emerge from the Waldo Tunnel on the Marin side and the bridge is looming in front of you. By the way, the colour is "international orange". The bridge is constantly being retrofitted for quakes and painted to guard against the corrosive salt air. 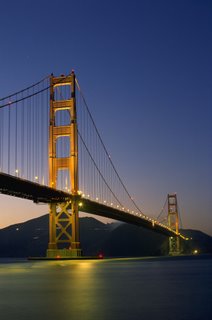 Majestic Mt. Rainier. The cloud "hat" on the summit is called a Lenticular Cloud. They form over and near very high mountains and have often been mistaken for UFO's. Seriously. They are huge and saucer shaped, sometimes grey and white. 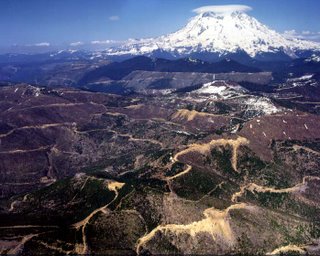