Rick Mercer is a Canadian comedian and does a lot of political comedy, in addition to producing one of my fave shows ever, "Made in Canada", about the TV/film industry. I've been a huge fan of Rick's for years, as he is very, very witty and his show, "The Rick Mercer Report", keeps me in stitches. Of course it helps to know a little bit about what's going on up there to get most of the jokes, but he takes a lot of shots at Bush too.

He recently hosted the Photo Challenge, where he posts a photo on his website and lets the viewers/bloggers take over and submit their versions. Here are a few of the idiot in the White House, which cracked me up. The first photo is the original post by Mercer, the rest were submitted by, in order: Kyle, Cindy Green, Mark Telfer, Maurice Motut, Cindy Green again and Bob. I like Cindy Green's visions best.

The 4th picture shows conservative Canadian Prime Minister Stephen Harper, lurking behind Bush. Harper was voted into office during the winter and replaced about 10-12 years of liberal rule. Harper wants to make nice with Bush. 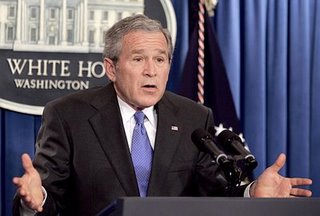 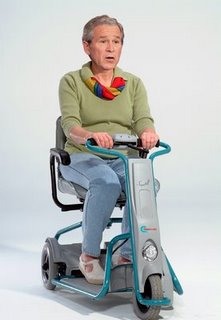 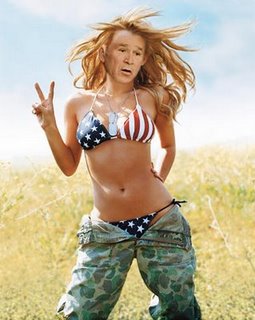 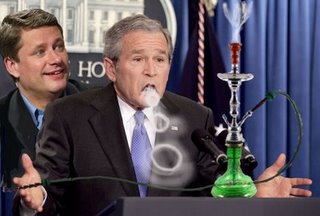 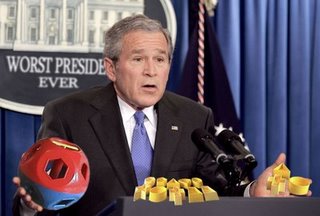 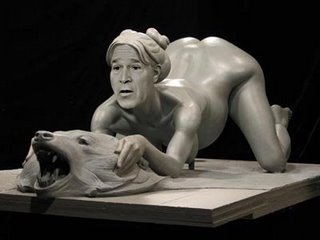 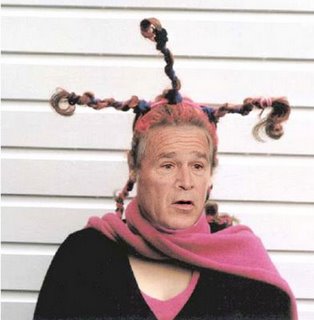