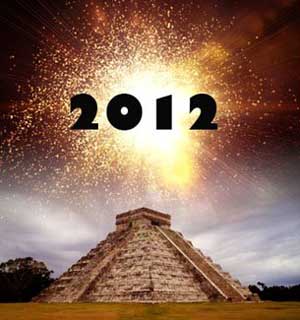 This year went by wicked fast again.  And it didn't end on December 21st like the Mayan's allegedly predicted.  It's hard to believe that it's already New Years Eve.  Doesn't seem possible that a whole year has gone by.  It's almost my and Russell's second anniversary too.  Wow!!!!

It was a pretty mellow year for the most part.  It had some financial challenges and setbacks, but what year doesn't?  We are very, very happy together in our little rental home, although we long to own our own home someday.  Something that's a little bit bigger so that I can finally unpack the rest of our stuff.  People hear 'three bedroom' and think this place is large, but the rooms are so teeny, and one of them is stacked with unpacked boxes & totes.  Sometimes I feel like I'm a failure b/c I don't own a home anymore, esp. at this age.  However, so many people lost their homes over the past 4 years so it's not like I'm the only one.  And mine was only lost due to a short sale and the value/sale price dropping way below what was owed.  You have no idea how much I regret letting Brian talk me into refinancing in 2005 to buy that cursed property in Neilton, on the Olympic Peninsula.  What a huge mistake.  HUGE mistake.  If we had never refinanced at all over the years, that house would have actually netted a profit upon sale, but we just kept borrowing against the equity....robbing Peter to pay Paul, as they say....and it bit me in the ass big time.  El biggo time-o.  I am very hopeful that our landlords will continue to let us rent here, as we are very happy with this area and Buzzards Bay.  I like it better in Bourne than I do in Sandwich for many reasons.

January was a damn cold month, despite it starting out extremely mild on the 1st, because we kicked off the New Year with a walk on Scusset Beach that day.  We had the one and only snow event in late January as well.  My ex was crashing and burning big time, and told me that it was time for me to fly my sweet little boy Sagan to the east coast, with the caveat that he 'will want him back in 6 or 8 months' when he 'got better'.  That was one stressful week, wondering if Brian would rip the rug out from under me and renege.  But thanks to a bicoastal effort on the part of friends that I can never truly, or fully, repay, I picked up my baby boy from Logan Airport on January 28th.  I was only apart from him for 7 months, but it sure seemed longer.  Sometimes I wonder if either he or Pepper remember anything from Washington, or if as far as they know, they've always lived here and Russell has always been 'dad'.

Here he is about an hour after I brought him home.  Happy boy is happy to be back with mom and sis!!! 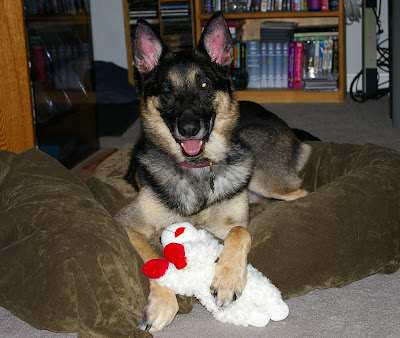 Bean, on the other hand, was soooooooo mad.  lol 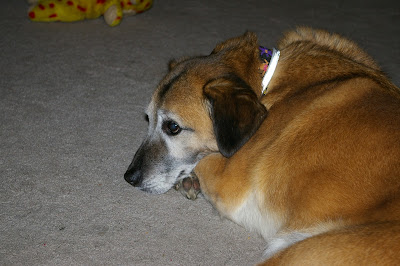 And here they are, now sharing the couch in November.  They do enjoy each other's company, even if Pepper acts like a curmudgeon sometimes. 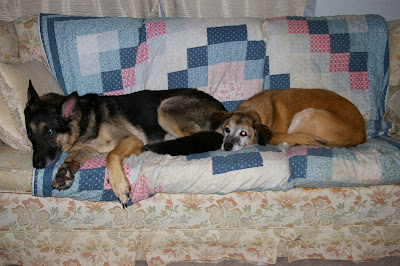 It was a good year, overall.  No trips out of town, but I did enjoy exploring this area and Plymouth, although I can't believe I never made it up to P-Town!  I find myself falling into that familiar excuse, 'it's too far, I don't feel like driving an hour or more' that I used in Washington, to my detriment in the long run.  In my defense, the summer was just waaaay too hot and humid to do anything outside, and we even put off the Canal Cruise to early September because it wasn't even cool out on the water.  I had great beachcombing scores when I did go out.  Awesome to see so many friends and family.  King Richard's Faire.  Walks on the Canal.

And of course, my two biggest wishes came true:  Getting Sagan back, and getting engaged to the love of my life.

I got "a few" crafts done.  lol  Just a few.  2012 was definitely the Year of Pinterest and Crafting.  I cannot thank my sweetie enough for giving me the gift of being a stay at home 'wife'.  A lot of people have been pressuring me to get a job, but I haven't felt ready to rejoin the full-time workforce yet.  I have looked around for some part time work, but nothing's available around here, although I had an interview on the 27th at a temp agency, for a part time job in Middleborough, so we'll see if anything comes of it.  I am very reluctant to go back into the legal field, although there are a couple lawyers here in town that I thought about dropping off resumes to.  Realistically, I can't get back on that roller coaster of deadlines and last minute work again: Phones ringing off the hook, clients in the waiting room, copy machine cranking, assembling all the packages & filings while the is messenger waiting....Yeah um no, think I'll pass.  We'll see what I decide to do in 2013.  For now, I am content to be a homemaker and spoil my sweet hubby & pups, go out shooting pics and making crafts.  And no, we did not get married, but we think of each other as married so yeah, I'll probably be referring to him more as my hubby.

I stuck it out with Project 365, although by the summer I was sick of doing it and cheated a bit more here and there, posting older photos or ones not taken on the specific date they were posted.  By November, I was literally counting down the days till it was done.  It was a lot harder than I thought it would be.  I'm glad I did it, but I won't do it again.  Of everyone I talked into starting it with me, only Joan posted regularly.  Everyone else quit by February.  I was even ready to quit by February but stubbornly decided to finish.  The one thing that's pretty cool is that it's a visual diary of my year (except for the days I posted something old).

We lost a few friends and family members this year.  Our high school Graphic Arts teacher, Mr. Savino, was a presence on Facebook from the summer of 2011 and I enjoyed interacting with him; we all did.  He passed away in March from pancreatic cancer that he didn't tell anyone he had.  So it came as quite a shock to hear he had died.  For several months afterwards, I would look for his comments and then remember he was gone. Then there was my friend Cyndy, who passed away during the summer and which I blogged about at the time.

The strangest death for me this year was my ex-husband Brian, who passed away in September from liver disease.  I said my goodbyes years ago, but it's just sad to think that he's gone at the age of 51.  What a waste of a life.  I look back on things from 1989 till 2011, and it's like watching a movie of someone else's life.  The San Francisco/Grateful Dead years, the Marin County Years, the Washington State Years.... My friend Diane went to see him at the hospice place, the day that he died.  She told him that it was OK to let go now, and I'd asked her to tell him I said thanks for the memories, the dogs were great and that I appreciated his letting me take Sagan. Brian could be vindictive, and he could have easily sentenced me to a life of heartbreak knowing that my dog was sent back to rescue to be re-homed, rather than sent to me.  I am very grateful that he put Sagie's best interests first and let me take him.  After Diane left, he died.  I wonder if what she said gave him the peace to die, knowing that Pepper and Sagan were fine.  He was a mentally ill, alcoholic and could be a real jerk, but he did love our dogs.  It's just weird for me to wake up here and go about my life, knowing that he's gone.  I really thought my leaving would shake him up and that he'd get his shit together, but it was already too late.  I truly dodged a bullet.  I could so easily have taken the familiar path of staying in my house, continuing to work for Steve, etc. But instead I jumped at the chance for a do-over and I am forever grateful to Russell for finding and rescuing me.  I would be faced with being a widow now, with giant medical bills, probably the loss of my house anyway, having missed out on the best thing to ever happen to me.  But instead, I get to be with my true love and my two dogs.  I am very lucky indeed.

I guess 2012 was a year of nesting, finding myself and enjoying my new life here on the east coast.  Not sure what 2013 has in store, of course, but hopefully things will remain on an even keel, as much as they can.  I'm just very grateful to be here.