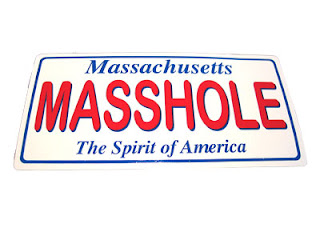 "You have got to slow down when you are on the phone, the clients think you are always in a hurry," Steve says to me today at lunch. I smiled wryly; he laughed. This isn't the first time someone has said that to me. I know that customer service isn't my strong point, and I'm the first person to admit it. Usually I'm typing a million miles an hour to keep up with the information pouring out of my brain, so having to answer the phone in the middle of a brilliant Declaration I'm writing, is more than a tad annoying. It breaks my train of thought and the temperamental artist in me can't hide the 'you-have-interrupted-me-and-I-am-not-happy-make-it-quick' tone in my voice. So when I answer the phone I sound rushed and somewhat breathless. I also won't take any shit from anyone, so if a client decides to take their frustrations out on me, I don't even try to hide the contempt in my voice. The other thing, is even if I am doing my best to be polite and am not in the middle of a project or have 2 other lines on hold, I still come off rude because I talk so fast.
I never heard this complaint about the way I speak from anyone on the east coast, only from people on the west coast. I told Steve, "Well you do realize that the way I speak is also due in large part to where I'm from? Even when I am not annoyed by the interruption of answering the phone?" He nodded and said yes, he understood, and he also told me that he knows that will be impossible for me to change. Because I talk fast to him, to Brian, to the mail carrier, to Debby, ad nauseum. He has been acquainted with enough people from Massachusetts to know this is the way we speak, and I've worked for him over 9 years. My mom talks really fast, darting from topic to topic with no break or breath. My cousin Sharon...damn she goes so fast I miss more than half of what she says. And my ex's father talked so fast and had such a thick Bostonian accent that I literally did not understand a word he said the first few times I met him.
Hence, the expression, "Masshole". This is defined, in Wikipedia, as follows:
"Masshole is a portmanteau of Massachusetts and Asshole, sometimes used to express a derogatory view of residents of the Commonwealth of Massachusetts. However, the term Masshole is also used by in-state residents themselves as a term of affection. It is also used by non-native Commonwealth residents as well.....often in reference to what they perceive as an obnoxious attitude and aggressive driving habits." Guilty and guilty. I have often said that the west coast drivers wouldn't last two seconds on the roads in MA. That's where I learned to drive. And even though I've been a west coast driver way longer than east coast driver, it's just the way I learned drive.
And my rapid fire, "Stevefisher'soffice" "canItellhimwho'secalling?" "pleasehold" comes off as extremely brusque. You can take the girl out of Mass, but you can't take the Mass out of the girl. If you want to see a classic, albeit extreme, example of a Masshole, just watch any of Denis Leary's stand up routines. Born & raised in The Bay State, he went to Emerson College in Boston and graduated a few years before I went there.
Several months ago, one of my high school friends invited me to join a Facebook group. It's name? "I'm not rude, I'm just from Massachusetts". I was reading the discussions on the group's page and cracking up. I want to print them out and let Steve read them:
"We are just very focused and don't notice other people"
"We are all just 100% HONEST....don't take any BS from people, and other parts of the country just can't handle that."
"I think we have a sense of how things are done and how they should be done. When we see an ass backwards way of doing things we have the balls to say WTF???"
"If being blunt is rude then count me in"
There are over 65,000 members of this Facebook group, by the way.
I may call the west coast my forever home, but I'm proud to be a Masshole.
Posted by JoJo at 10:10 PM